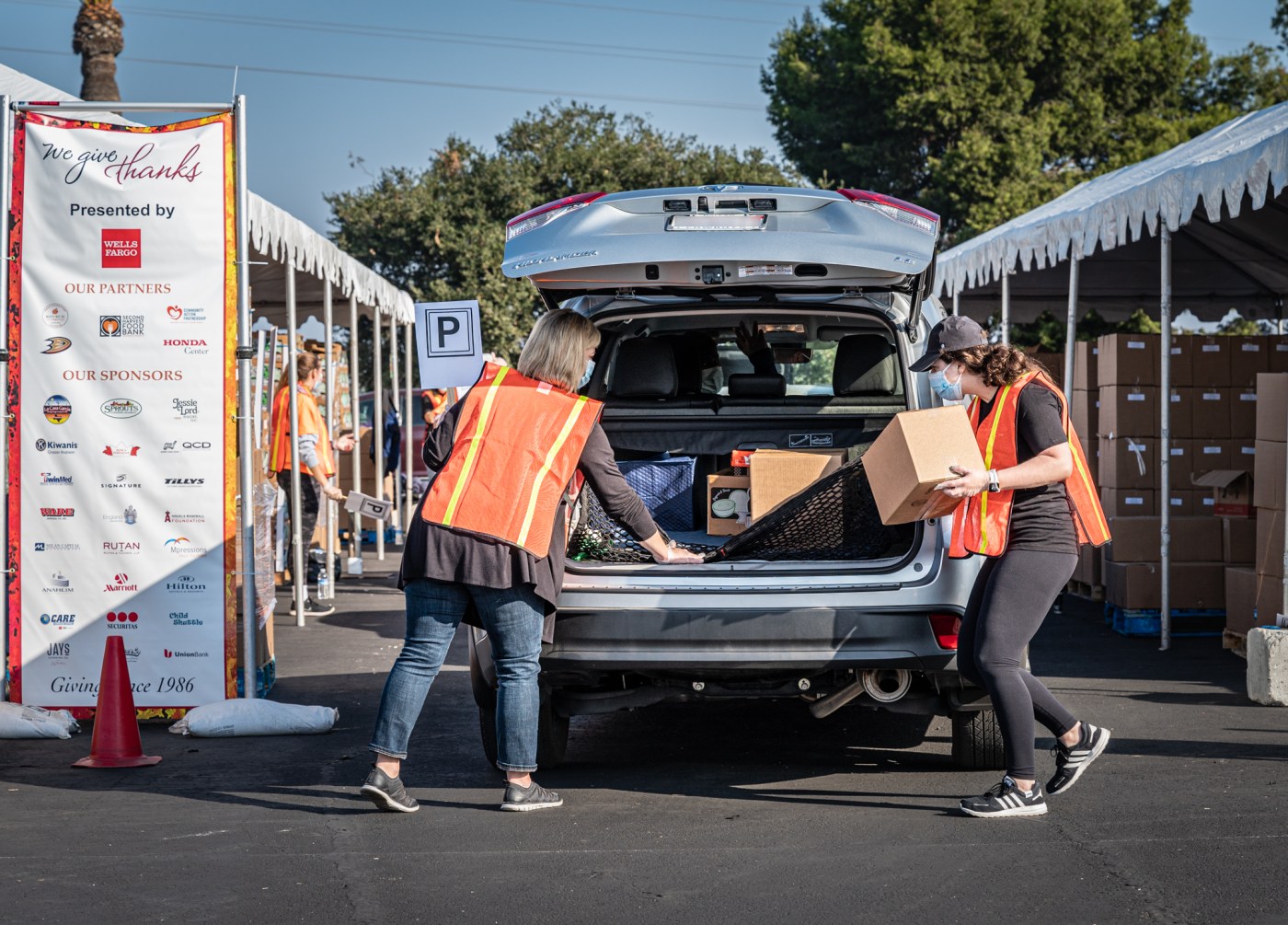 Kaiser Permanente has awarded $1.38 million in donations to 25 nonprofits in Southern California to help prevent hunger during the COVID-19 pandemic.

The money arrived on the heels of the $1 million the healthcare giant donated last year through its Food for Life grants, bringing the total contribution to nearly $2.4 million. The money — parceled out in amounts ranging from $15,000 to $95,000 — will help area food banks serve people who are financially struggling as a result of the health crisis.

The need has increased

Second Harvest Food Bank of Orange County is among the recipients. Claudia Keller, the nonprofit’s chief mission officer, said the $95,000 her organization received will be put to good use.

“We serve a network of more than 300 food distribution points, including schools, churches, pantries, transitional housing units and homeless shelters,” she said. “We were serving an average of 249,000 people a month pre-pandemic, but now it’s well over half a million.”

Keller said her agency will use the money to buy additional food.

“More and more people are relying on us,” she said. “The situation has gotten a lot worse during the pandemic. People who were five or six paychecks away from standing in a food line before the health crisis need our help. That includes people like restaurant workers, event center workers and others in white collar jobs who have had their shifts cut.”

Food insecurity on the rise

Dr. Ramin Davidoff, executive medical director and board chairman of the Southern California Permanente Medical Group, said food scarcity has been a long-standing concern for many families in California. And the health crisis, he said, has worsened the situation.

A recent national survey from the U.S. Census Bureau found that food insecurity is 2.1 times greater than it was prior to COVID-19 and that it disproportionately impacts children and minorities

“In California, the rate is 2.4 times higher than prior to the pandemic, affecting 23% of low-income households with children,” Davidoff said.

Census figures show 27% of Black, 19% of Hispanic and 8% of White households are without reliable access to a sufficient quantity of affordable food.

“We have had long-standing relationships with these food banks and other nonprofits,” said Roberta Tinajero, project manager of community health for Kaiser’s Southern California region. “We realized the pandemic was having an impact and we wanted to support our community partners in the food sector.”

“These funds will provide us with the equivalent of 380,000 much-needed meals to those in our community who need help right now,” said Michael Flood, the nonprofit’s president and CEO.

A 145% increase in food distribution

“It’s mostly donated food but we purchase some, too,” Flood said. “We also do direct distribution to families. We’ve been doing drive-through distributions during the pandemic. We were distributing food to about 300,000 people every month before the pandemic, but now its about 900,000 a month. It’s …read more

From AMC to Bed Bath & Beyond, the market’s most-shorted stocks are rallying as Reddit day-traders pile in

The best school notebooks of 2021

Pets are back: Biden’s 2 dogs settle in at White House