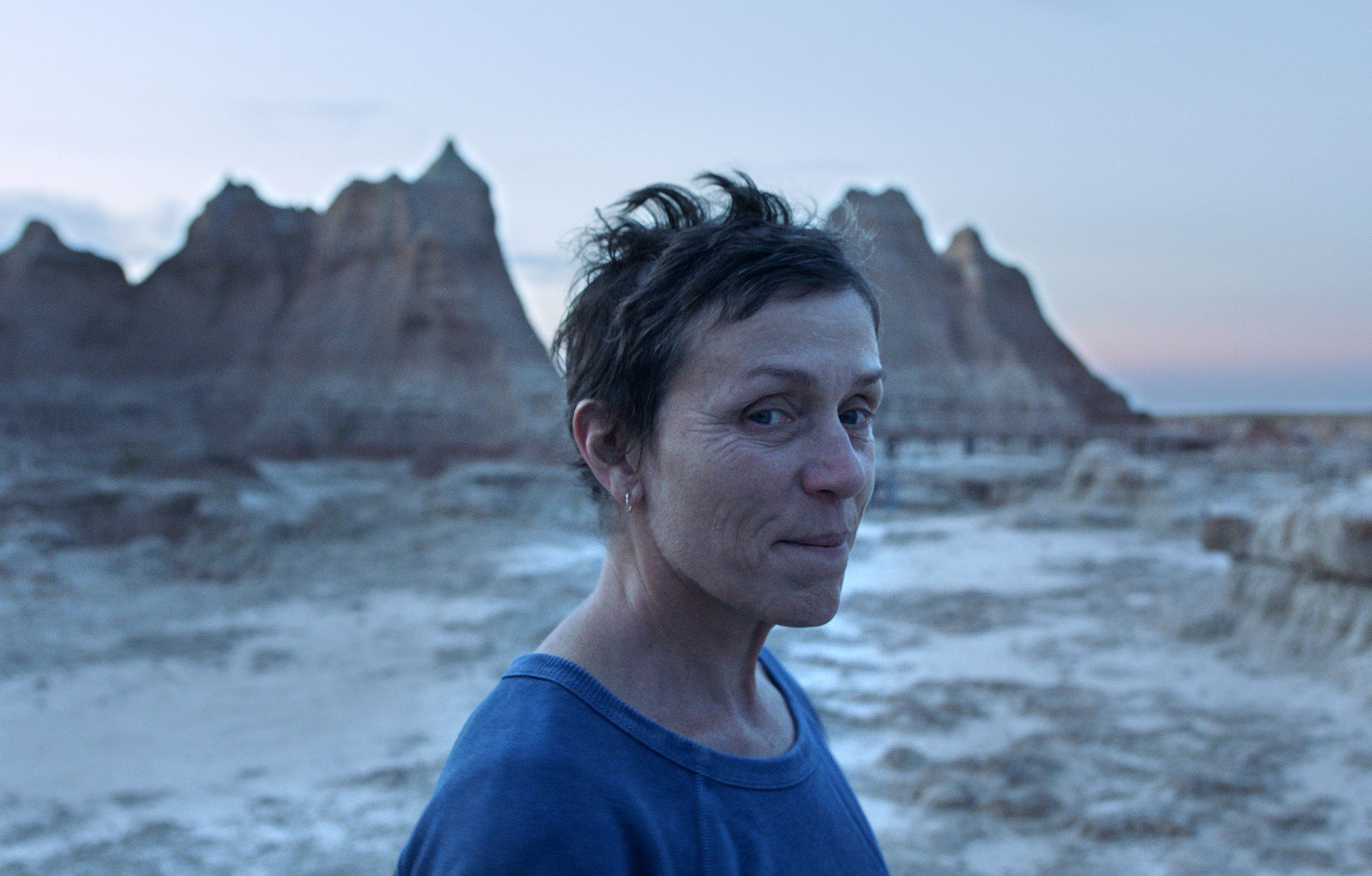 Streaming from an empty banquet hall and with acceptance speeches made from living rooms, the 30th Gotham Awards gave a very strange Oscar season a virtual start Monday in a largely digital ceremony that crowned Chloe Zhao’s “Nomadland” the best film of 2020.

As the first prominent award show to go forward during the pandemic, the Gotham Awards took a trial-and-error approach to mounting a show that couldn’t include the usual trappings of the annual independent film awards: a flashy red carpet, free-flowing cocktails, standing ovations. The Gothams nevertheless went ahead with a ceremony from its usual home of Wall Street Cipriani’s in downtown Manhattan, albeit without an in-person audience and with only a handful of presenters.

Opening the show, Jeffrey Sharp, executive director of the Gotham Film & Media Institute, predicted that there would be “glitches and gremlins” throughout the event. The show was livestreamed on Facebook, with invitees placed digitally at tables via a poker program that Gotham organizers retooled to simulate being seated at the gala.

“While we’re the first, we’re definitely not the last award show exploring new ways to come together,” said Sharp.

The results weren’t always smooth, but they were typical of a pandemic that has made any large gatherings — let alone glitzy ones like the Gothams — impossible. Winners, appearing by videoconference, were sometimes befuddled.

“I think I’m supposed to be speaking right now but I hear so many different people talking, I’m not really sure what’s going on,” said breakthrough actor winner Kingsley Ben-Adir (“One Night in Miami”) from a hotel room in London.

Ramona S. Diaz, director of the Maria Ressa profile, “A Thousand Cuts and Time,” learned that she had won best documentary, in a tie with Garret Bradley’s incarceration tale “Time,” while the livestream audience awaited her speech.

REVIEW: The $60,000 Polestar 2 luxury EV solves the worst part about driving a Tesla

But the Gothams, which had been postponed by about two months to coincide with the delayed Academy Awards calendar, fell into a kind of rhythm and a predictable winner. Zhao’s “Nomadland,” starring Frances McDormand as an itinerant widow living in her van, was the sensation of a similarly pandemic-marred film festival season, winning top honors at the Venice and Toronto film festivals, along with best picture from the National Society of Film Critics.

“Nomadland” won both best feature and the Gothams’ audience award on Monday. All of the films nominated for best feature were directed by women, including lead-nominee getter “First Cow,” by Kelly Reichardt. Zhao, whose “The Rider” won best feature at the Gothams two years ago, thanked the festivals that, like the Gothams, carried on despite the trying circumstances.

“They truly showed us and reminded us that we’re not alone,” said Zhao. “A strong community is brought together by our love for cinema.”

Other awards were more surprising. Nicole Behaire won best actress for “Miss Juneteenth.” “Oh, my God,” she mouthed while still on mute. Turning her …read more