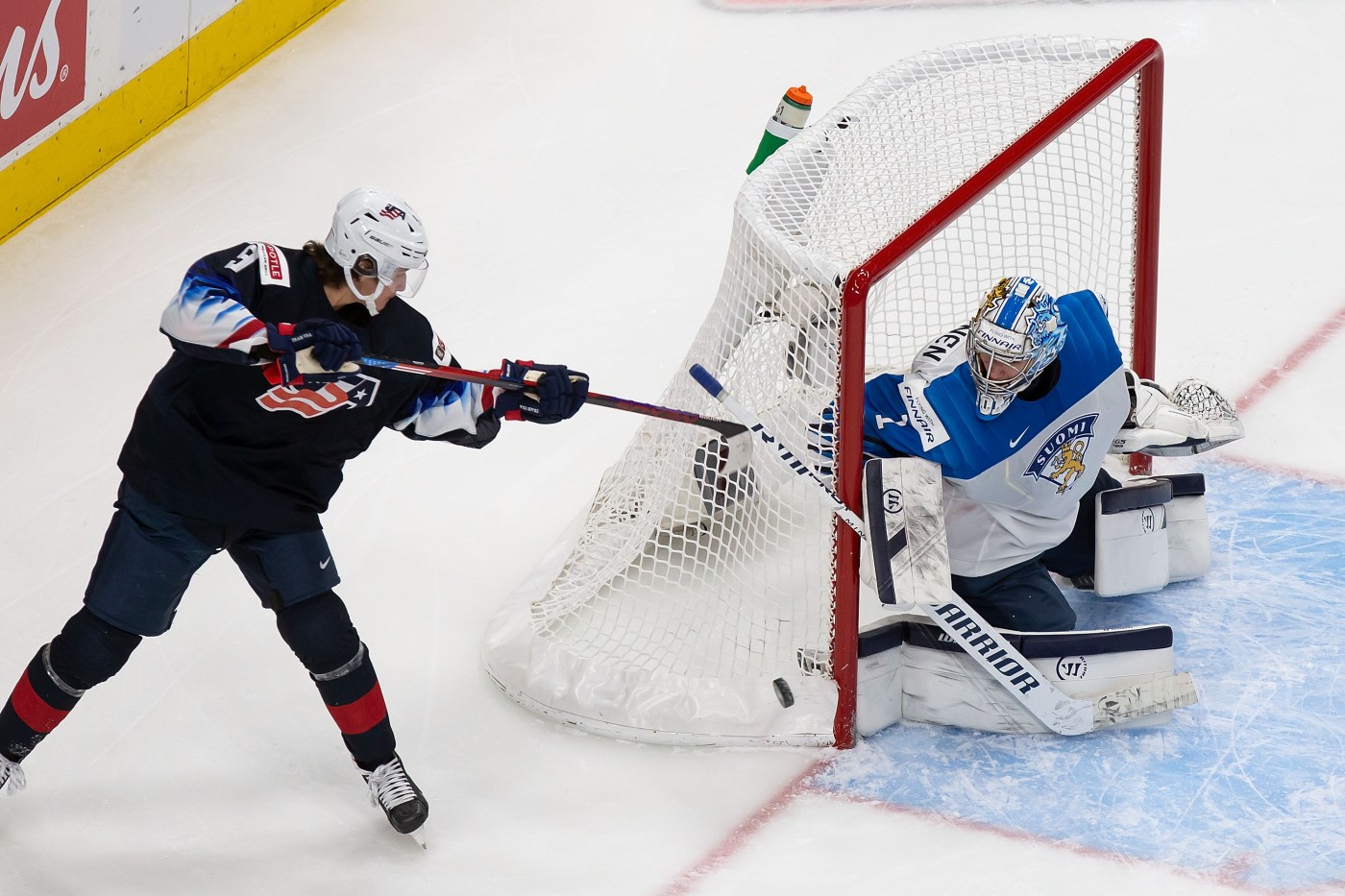 In the end, the decision came down to long-term growth versus short-term gain. Like any wise investor, the Ducks determined long-term growth was a priority, assigning top prospects Trevor Zegras and Jamie Drysdale to their AHL team to start the season.

One day after skating for the first time with the Ducks at Honda Center, the franchise’s top two draft picks the past two years joined the San Diego Gulls for their practice Tuesday at Great Park Ice. How long Drysdale and Zegras stay with the Gulls remains to be determined.

The Ducks begin the coronavirus-delayed season Thursday in Las Vegas.

The Gulls’ opener has yet to be announced, but the AHL plans to begin play Feb. 5.

“It’s really simple,” Ducks coach Dallas Eakins said. “It goes back to what I’ve said before. We want to do our best to put players in good places to succeed. It’s our jobs to really look after their careers. Their careers early on are very fragile. This has been going on long before I got here.”

Eakins referred to the Ducks’ philosophy of bringing along their prospects later rather than sooner. With the noteworthy exception of defenseman Cam Fowler, every one of their draft picks on their 2020-21 roster has played at least a handful of games in the AHL in his career.

“From Ryan Getzlaf to Corey Perry to Bobby Ryan to Hampus Lindholm, Rickard Rakell, just go down the list other than Cam, they’ve all gone and had that experience. Both players (Drysdale and Zegras), they’re going to understand that. They’re both chomping at the bit to be NHL players.

“But, in the end, it is our job to look after their careers and we’re going to do that accordingly.”

Alexander: NHL returns after an offseason unlike any other

Trevor Zegras, Jamie Drysdale practice with Ducks, but will they make the team?

John Gibson says Ducks aspire to return to the playoffs

Ducks’ Brendan Guhle out up to 6 weeks with knee injury

This $5,000 EV motorcycle has wireless phone charging and costs less than some regular bicycles — see more