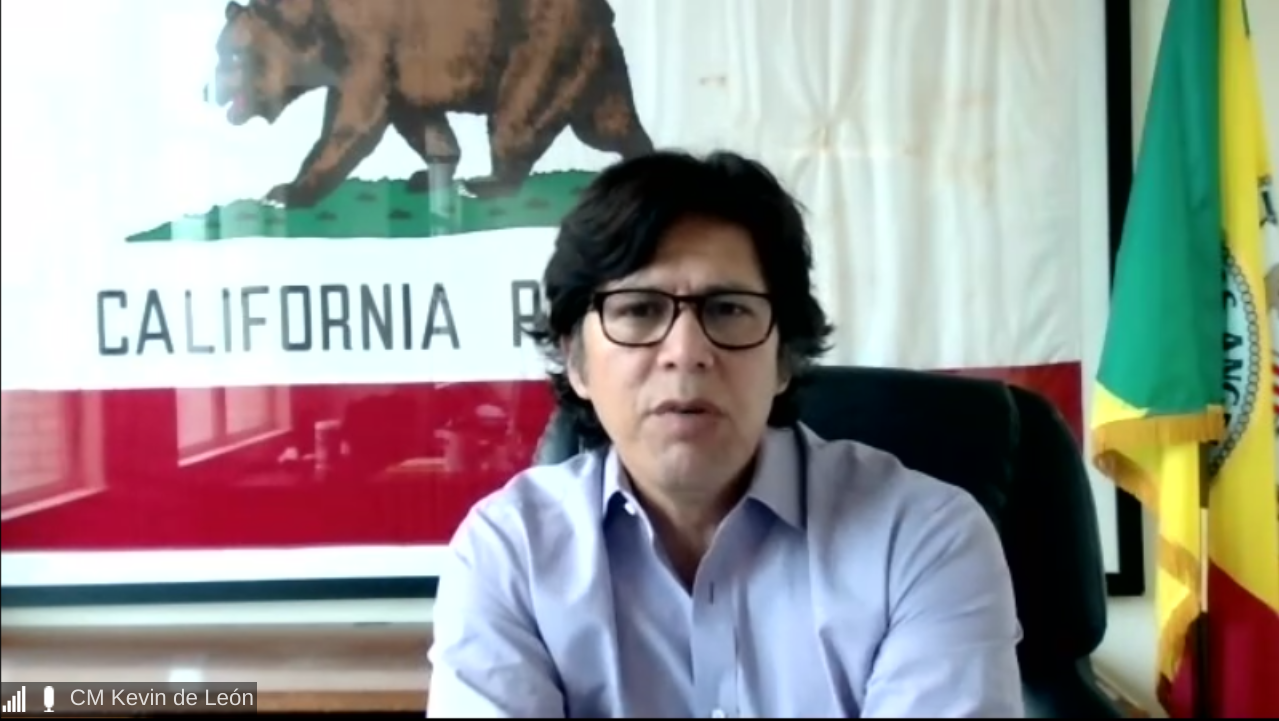 De Leon, who first took office last October, said the current pace of housing people experiencing homelessness has not met the needs of the “crisis that’s unfolding on our city streets every single day.”

“It’s not acceptable,” he said in a conference call Tuesday morning.

An estimated 41,000 people were homeless in the city, as of last January. In recent years, city and county leaders have scrambled to find them shelter. Dozens of permanent housing projects and shelters have been built or are in the pipeline, only for public officials to be overwhelmed by the growing number of people falling into homeless each year.

The COVID-19 pandemic, which has led to record unemployment numbers and plunged the economy into a recession, is expected to exacerbate the homelessness crisis.

De Leon said there needs to be a “clearly defined objective and timeline” to address homelessness, and a way for “the people we represent to hold us accountable for delivering results.”

“Our North Star must be a goal around which everyone …. city, county, state and federal partners, community-based organizations, our business community as well, where we all organize and work to achieve what is real, what is within our reach to provide dignity and respect to so many of our unhoused family members, loved ones and neighbors,” he said in a Zoom call discussing the plan.

De Leon was expected to introduce a set of nine motions during Tuesday’s council meeting that would set forward a plan, which he named “A Way Home,” that would help in reaching the goal of 25,000 units.

“Sarah Huckabee Sanders is running for governor of Arkansas” links

He said the plan he envisions would include “a comprehensive overhaul of outdated, cumbersome city polices and regulations that impede our ability to construct the thousands of safe and affordable housing units we need for our unhoused neighbors living on our streets today.”

Sam Tsemberis, a champion of the “housing first” model that prioritizes providing permanent housing to people experiencing homelessness, said this was the “first time I’ve heard a number that actually meets the magnitude of the problem.”

He said he believes the city has failed in past efforts to house people because sights have been set too modestly.

“One of the reasons that Los Angeles in particular has not really reached the tipping point, where we’re still creating homelessness at a much higher level than we’re ending it, is because many of the plans, previous to this have not been of the right scale,” Tsemberis said.

The goal of creating 25,000 units “in a short time-frame is exactly the scale we need to actually put a dent in ending street homelessness or emergency homelessness,” he said.

Past goals set in Los Angeles have included a pledge by each of the city’s 15 council members to help move forward 200 permanent supportive housing units in their districts, …read more