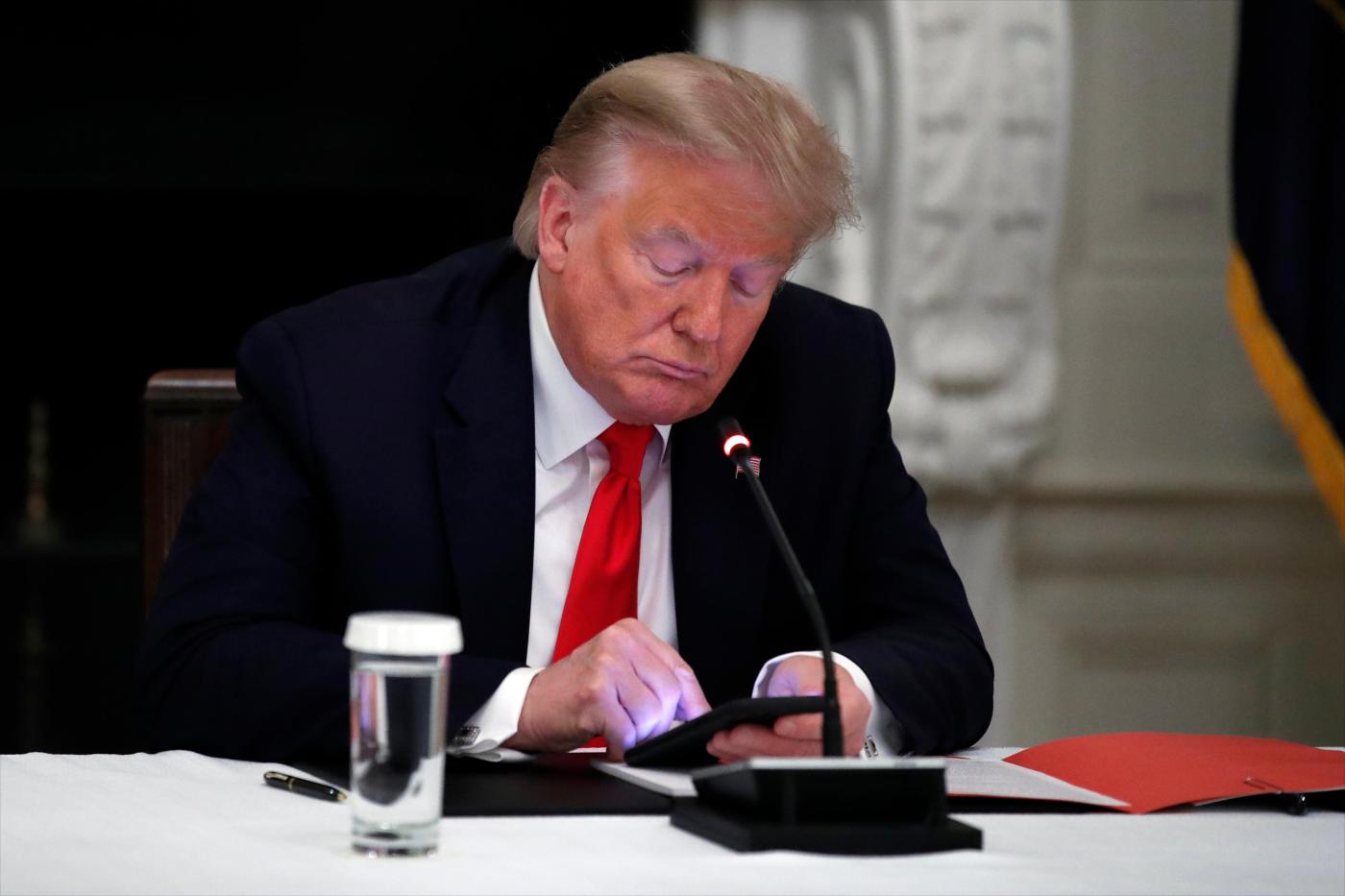 By FRANK BAJAK and BARBARA ORTUTAY

Shares of Twitter are tumbling at the opening bell after it permanently kicked President Donald Trump off the social media platform.

There was a broad market selloff Monday to start the week, yet the 11% slide in shares of Twitter Inc. far outpaced those declines.

Twitter on Friday shut down @realDonaldTrump, citing concern that Trump would use it for “further incitement of violence.” Trump retorted that he’d be “building out our own platform in the near future. We will not be SILENCED!”

There is a protest planned outside of Twitter headquarters in San Francisco by Trump supporters Monday, though employees are working from home due to the pandemic and there are few if any people there.

President Donald Trump has been kicked off of most mainstream social media platforms following his supporters’ siege on the U.S. Capitol. But it remains to be seen how fast or where — if anywhere — on the internet he will be able to reach his followers.

The far right-friendly Parler had been the leading candidate, at least until Google and Apple removed it from their app stores and Amazon booted it off its web hosting service just after midnight Pacific time early Monday.

Parler’s CEO said that could knock it offline for a week, though that might prove optimistic. And even if it finds a friendlier web-hosting service, without a smartphone app, it’s hard to imagine Parler gaining mainstream success.

The 2-year-old magnet for the far right claims more than 12 million users, though mobile app analytics firm Sensor Tower puts the number at 10 million worldwide, with 8 million in the U.S. That’s a fraction of the 89 million followers Trump had on Twitter.

One of 22 workers trapped in China gold mine rescued

Still, Parler might be attractive to Trump since it’s where his sons Eric and Don Jr. are already active. Parler hit headwinds, though, on Friday as Google yanked its smartphone app from its app store for allowing postings that seek “to incite ongoing violence in the U.S.” Apple followed suit on Saturday evening after giving Parler 24 hours to address complaints it was being used to “plan and facilitate yet further illegal and dangerous activities.” Public safety issues will need to be resolved before it is restored, Apple said.

A message seeking comment from Parler was sent Sunday on whether the company plans to change its policies and enforcement around these issues.

Amazon struck another blow Saturday, informing Parler it would need to look for a new web-hosting service effective midnight Sunday. It reminded Parler in a letter, first reported by Buzzfeed, that it had informed it in the past few weeks of 98 examples of posts “that clearly encourage and incite violence” and said the platform “poses a very real risk to public safety.”

When asked for comment, an Amazon spokesperson referred the Associated Press to the letter obtained by Buzzfeed.