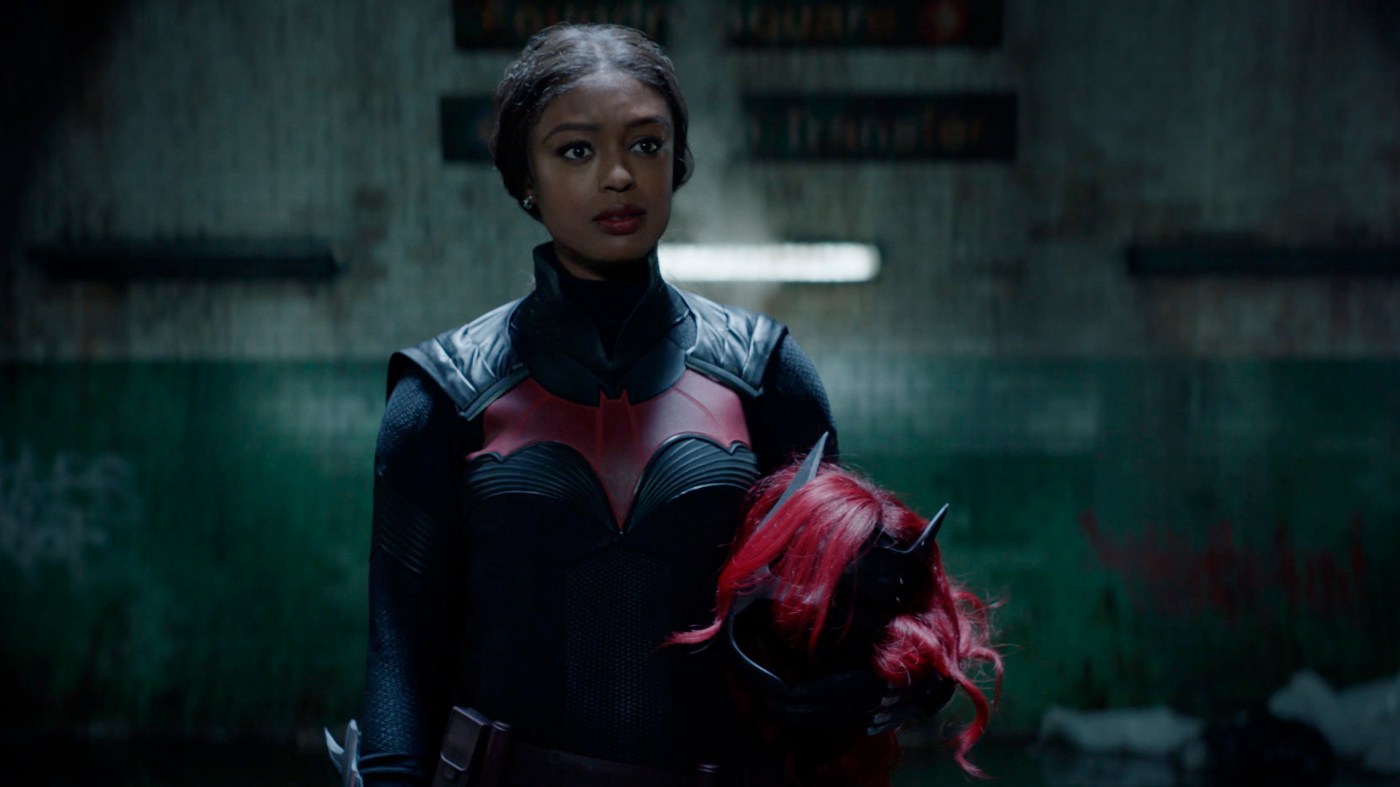 When Javicia Leslie put on the Batsuit for the first time on the set of the CW network’s “Batwoman” series, it felt like a dream from childhood — and her professional life, too — came true.

This particular part seemed unlikely to come to her, though. When “Batwoman” debuted in October 2019, it did so with Ruby Rose in the role of Bruce Wayne’s cousin Kate Kane, who had donned the cape of Batwoman in Gotham in the absence of Batman.

But then Rose left the series after the first season, and Leslie landed the part of Ryan Wilder, a character who, unlike the wealthy Kane, comes from a rougher side of Gotham to fill the Batsuit after Kane goes missing.

“In any superhero, it’s just the imagination, you know, the ability to defy what normal humans are able to do,” Leslie says of the appeal of such characters.

“And the thing about Batwoman is even though she may not have a natural power, with her, with the type of determination she has mixed with the gadgets, she’s able to still do things that your typical human wouldn’t be able to do.

“I think the appeal to those roles is just to really be able to expand your imagination as an actor and do things outside of the norm.”

Leslie, 33, has appeared most recently as a regular on the now-canceled CBS series “God Friended Me” and on the BET series “The Family Business.”

DC on lockdown and on edge before Biden's inauguration

When Rose, who made headlines as the first out lesbian superhero, left “Batwoman,” Leslie, who is bisexual, auditioned, won the role, and made superhero history herself as the first Black woman to play the part of Batwoman.

“It feels good,” Leslie says of her place in the expanding diversity of the superhero universe. “It’s not even just about the similarities with me. I think, in general, just like Ryan represents a community that doesn’t really have representation in the superhero world, it’s the same in real life.

“I don’t think there is a lot of Black representation in the superhero world on television,” she says. “So to be able to be a part of that representation is really dope.”

Unlike the common practice when superhero entertainment reboots — Christian Bale as Batman out, Ben Affleck as Batman in — the creators of “Batwoman” smartly avoid the pitfalls of replacing the exact same character.

Ruby Rose as Kate Kane and Javicia Leslie as Ryan Wilder can both exist as Batwoman in the same Gotham, making Leslie’s arrival less disruptive to the narrative, less dissonant to the viewer.

“I didn’t really feel like I had to find my way or create a space,” Leslie says. “Because it’s a character that has never been created before, it’s almost like we were starting off new anyway.

“As far as the established and existing storylines, …read more