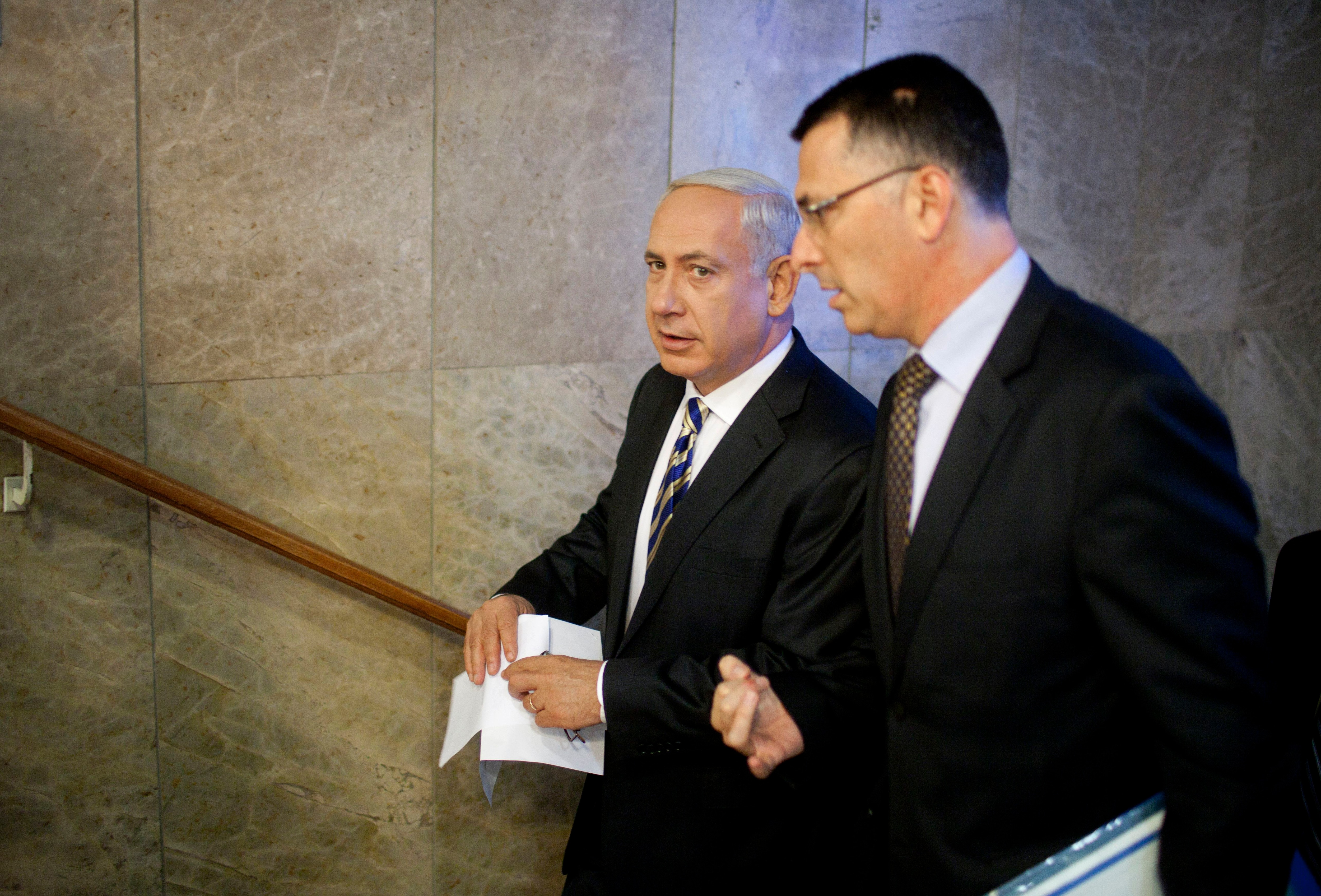 For years, Gideon Saar was one of Israeli Prime Minister’s Benjamin Netanyahu’s most loyal and vocal supporters, serving as Cabinet secretary and government minister.

Now, the telegenic Saar, armed with extraordinary political savvy and a searing grudge against his former boss, could prove to be Netanyahu’s greatest challenge.

After breaking away from the Likud Party to form his own faction, Saar is running against Netanyahu in March elections and has emerged as the long-serving leader’s top rival.

The challenge caps the stunning decline of the Saar-Netanyahu relationship, pitting a cunning political mind against his former mentor in a deeply personal battle drenched in past grievances.

A secular resident of culturally liberal Tel Aviv with a celebrity news anchor wife, Saar, 54, is a hard-line nationalist long seen as an heir to the Likud Party leadership. After unsuccessfully challenging Netanyahu in a leadership race and then being denied a government position as retribution, Saar last month broke out on his own. He said his aim was to topple Netanyahu for turning the Likud into a tool for personal survival at a time when he is on trial on corruption charges.

Saar’s chances of becoming prime minister in the next elections are far from certain and polling forecasts his New Hope party coming in second place after Likud. But his entry into the race reconfigures the playing field and could complicate Netanyahu’s task of forming a coalition government, perhaps sidelining the Israeli leader after more than a decade at the helm.

“If there’s someone who can beat Netanyahu it is Gideon Saar,” said Sharren Haskel, a former Likud lawmaker who quit the party to join Saar. “He is the only one who can stand up against Netanyahu because of his ideology, his experience and his capabilities.”

Haskel, together with other Saar allies in Likud, concocted a plan to thwart a bill that might avert elections. In a late-night maneuver, they defied the party by skipping the vote or voting against the bill, catching Netanyahu off guard and prompting the government’s collapse. They even coordinated the move with members of opposing parties who hid in the Knesset parking lot until moments before the vote, attesting to Saar’s political savvy, the lengths he is prepared to go to bring down Netanyahu and his potential ability to reach across the aisle.

While Saar has brought hope to some that Netanyahu’s rule is on the rocks, a victory would probably not mean significant changes in policies, particularly toward the Palestinians. Saar, like Netanyahu, is a hard-line nationalist opposed to Palestinian independence.

These right-wing credentials appear to be playing to his favor. Contrary to other recent Netanyahu challengers who have tried to appeal to a broader, centrist swath of Israelis, Saar is siphoning away both the votes of disillusioned Netanyahu supporters as well as Likud lawmakers. At least four defectors have joined him, including former Netanyahu confidant Zeev Elkin.

“He is attacking from the right,” said Hebrew University political scientist Reuven Hazan. “It is a different game entirely.”