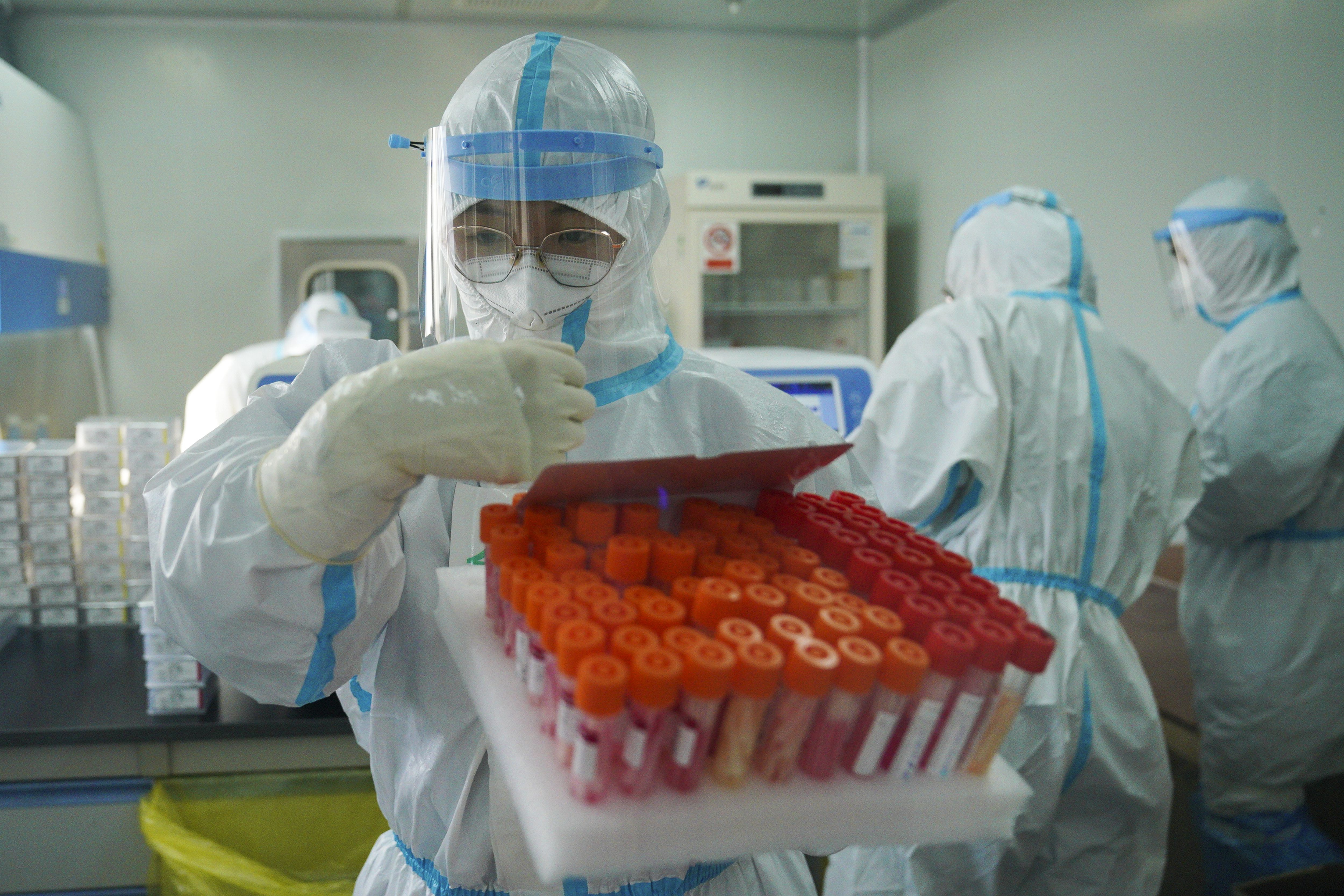 The outbreak focused on the Hebei cities of Shijiazhuang and Xingtai is one of China’s most serious in recent months and comes amid measures to curb the further spread during next month’s Lunar New Year holiday. Authorities have called on citizens not to travel, ordered schools closed a week early and conducted testing on a massive scale.

The Hebei outbreak has raised concern because of its proximity to the nation’s capital. Both Shijiazhuang and Xingtai have ordered millions tested, suspended public transportation and restricted residents to their communities or villages for one week. Parts of the province are under lockdown and interprovincial travel has been largely cut off, with those entering Beijing to work having to show proof of employment and a clean bill of health.

Hebei has recorded 265 confirmed cases and at least 181 asymptomatic cases over the last eight days. China does not include those who test positive but do not show symptoms in its official case count.

Two other new cases were reported Monday in the northeastern province of Liaoning and one in Beijing, where more than 30 people have been sickened in an outbreak centered on the northeastern district of Shunyi. Housing compounds in the district were requiring proof of a recent negative coronavirus test from anyone wishing to enter.

China’s has now recorded 87,536 total cases with 4,634 deaths. Hospitals were treating 673 people for COVID-19 while 506 people were in isolation and under observation after testing positive without showing symptoms.

In other developments in the Asia-Pacific region:

— The Japanese Health Ministry has found a coronavirus variant in people arriving from Brazil that’s different from the ones in Britain and South Africa. The variant was found in four people tested at the airport, the ministry said Sunday. Japan was working with other nations, the World Health Organization and other medical experts to analyze the variant. The previously identified variants from Britain and South Africa are more contagious, but the behavior of this variant and the illness it causes are not yet known. The Tokyo area has been under a state of emergency since Friday to try to stop the spread of the virus. Japan has had about 4,000 deaths related to COVID-19 so far, and more than 280,000 confirmed cases.

— South Korea’s president says the government will offer COVID-19 vaccinations to everyone free of charge in phased steps. President Moon Jae-in made the comments in his New Year’s address on Monday. He reaffirmed an earlier government announcement that the inoculation will start from February. South Korean officials have said they’ll have vaccines for 56 million people, an amount seemingly enough for the country’s 52 million people. After weeks …read more

Navalny plans to return to Russia after recovery in Germany