Alabama vs. Ohio State national title game: What you need to know 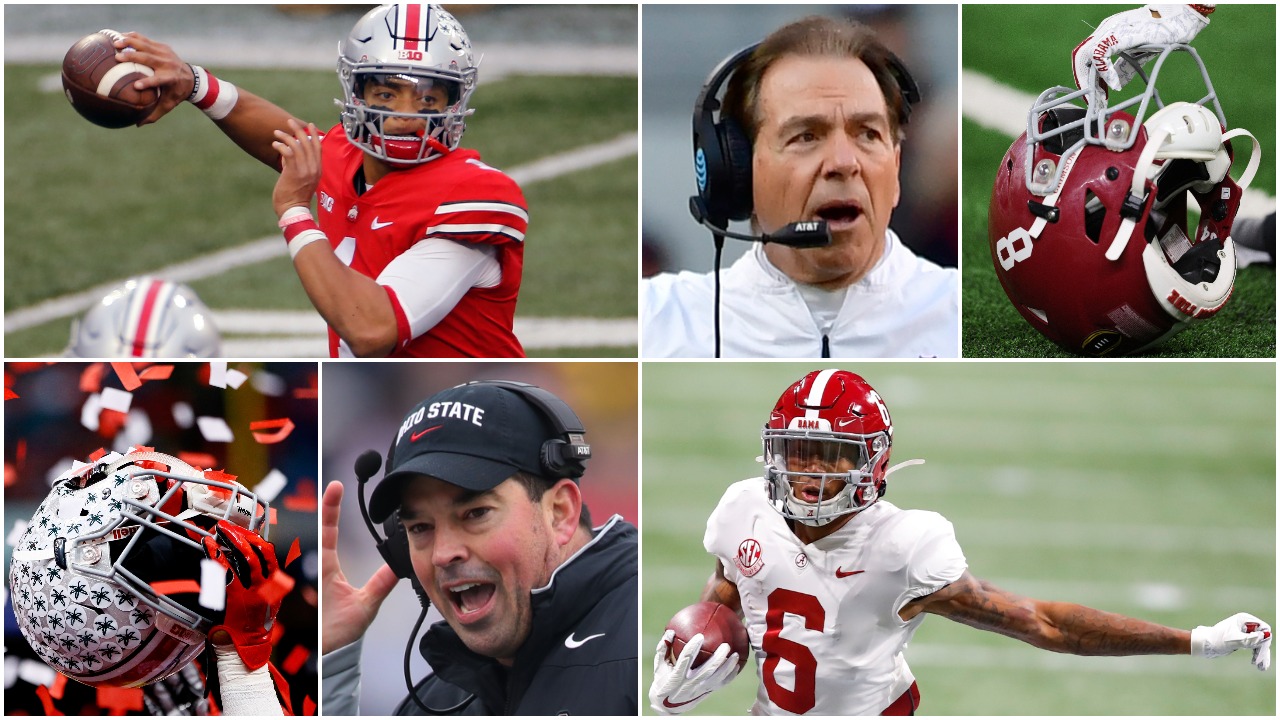 One of college football’s bluebloods is going to add to its trophy case on Monday night.

Top-ranked Alabama (12-0) hopes to win its third CFP national championship (and sixth national title under Nick Saban) while No. 3 Ohio State (7-0) will try for its second CFP title when the two meet at 5 p.m. PST in Miami. In fact, the Crimson Tide (eight) and the Buckeyes (five) have the most national championship game appearances in the BCS/CFP era (since 1998).

Opponents struggled to slow these two offenses down all season, so the question is whether either team can slow the other? Are Alabama’s efficient quarterback Mac Jones, Heisman Trophy-winning receiver DeVonta Smith and running back Najee Harris simply too much for an Ohio State defense that has at times looked vulnerable in the secondary?

Can Ohio State quarterback Justin Fields pick up where he left off after torching Clemson with six touchdown passes? Can Buckeyes running back Trey Sermon keep his late-season mojo workin’?

Will ESPN invent another platform between now and the kickoff to add to its championship night MegaCast?

So many intriguing questions. Here’s a guide to help you try to decipher some of them and get you ready for Monday’s game:

• Under Ryan Day, Ohio State’s offense, QBs have taken off

• Alabama vs. Ohio State features NFL prospects all over the field

• These prolific offenses are powered by tough O-lines

• Commentary: Let’s just get college football season over with