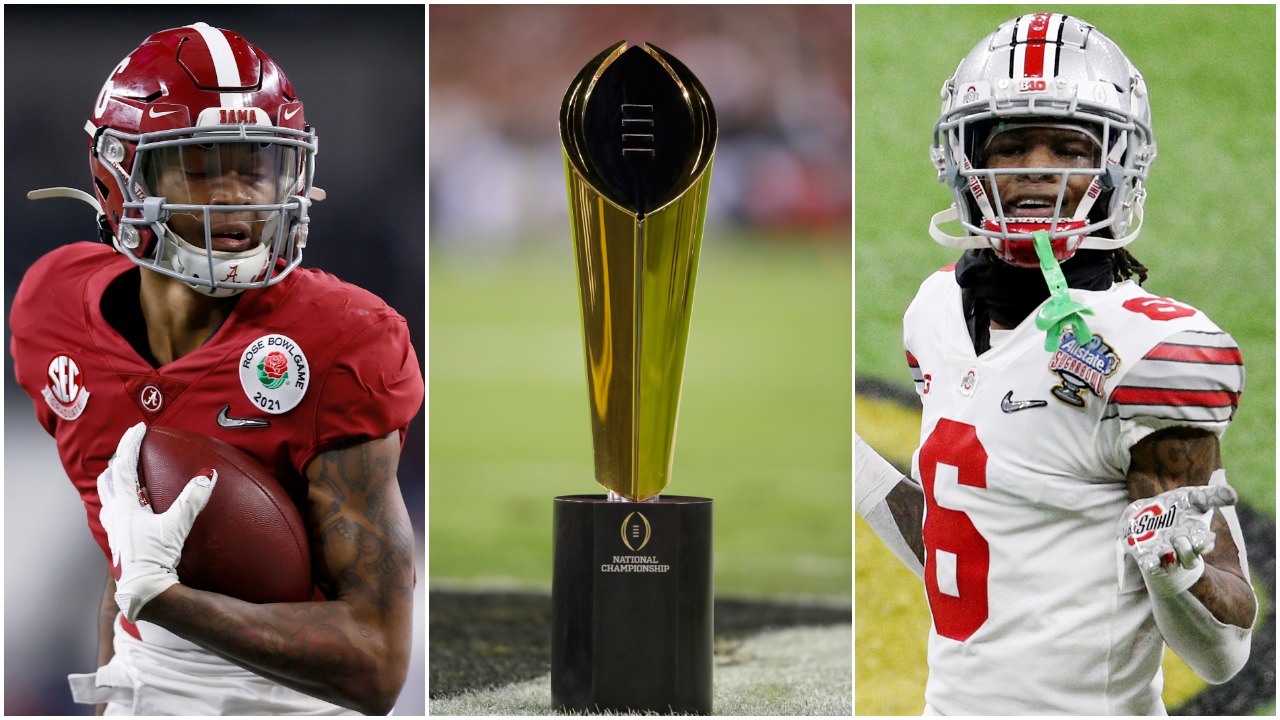 Alabama breezed through the regular season and college football’s semifinals, surviving a solitary scare in the Southeastern Conference championship game to reach its expected destination.

Ohio State wasn’t exactly a shoo-in with its abbreviated schedule but resoundingly proved it belonged in the College Football Playoffs with a semifinal thrashing of Clemson.

The Buckeyes (7-0) and Crimson Tide (12-0) traveled different paths to get to Monday’s national title game at Hard Rock Stadium in South Florida, but both had to navigate the challenges of a pandemic-altered season.

“I know this has been a little bit of a trying year for a lot of folks,” Nick Saban, the top-ranked Crimson Tide’s coach, said last week.

It’s not a finale that could be taken for granted.

No. 3 Ohio State’s odyssey included an abbreviated Big Ten season with three games canceled because of COVID-19 issues, including the Buckeyes’ own outbreak.

“This team, this program, we persevered through so much,” Ohio State running back Trey Sermon said Monday. “To have the opportunity to play on such a big stage, it means a lot to us.

“We’ve been through a lot. I mean, we fought to just play, and just to be able to get the job done, to make it to this level, it just means a lot to us.”

The Tide advanced with a 31-14 victory over Notre Dame in the Rose Bowl, played in Arlington, Texas not Pasadena in yet another example of just how different this season has been.

Before that, Alabama navigated 11 consecutive SEC games, including wins over three teams currently ranked among the top 11 before facing Notre Dame.

The Tide also won the Iron Bowl against Auburn with offensive coordinator Steve Sarkisian – who will take over the Texas Longhorns program following the title game – running the show while Saban was sidelined by COVID-19.

Monday’s game is a rematch of a semifinal game in the first College Football Playoffs six years ago. Ohio State won that meeting en route to the national title.

There were questions whether this Buckeyes team deserved to be in the CFP, but Ohio State routed favored Clemson, erasing sentiments that another Tigers-Crimson Tide title showdown was all but inevitable.

If Heisman Trophy winner DeVonta Smith shared those expectations, the Alabama wide receiver kept them to himself in the days before the game.

“I mean, I’m not part of the committee, so I have no say-so in who they put in and who they wanted to put in,” Smith said. “At the end of the day, we just show up here, practice, and get ready for whoever the next opponent is.”

Here’s a look at each team’s path to Monday’s showdown:

Overview: Has mostly coasted into the title game with few challenges, beating opponents by an average score of 48-19. The Tide ranks second nationally in scoring offense, behind only Kent State, fifth in scoring and sixth in total offense.

BANK OF AMERICA: Buy these 31 unheralded stocks as the recovery’s hottest trades of recent months continue to gain strength in 2021

A new year after a tumultuous one: What’s your net wealth now?