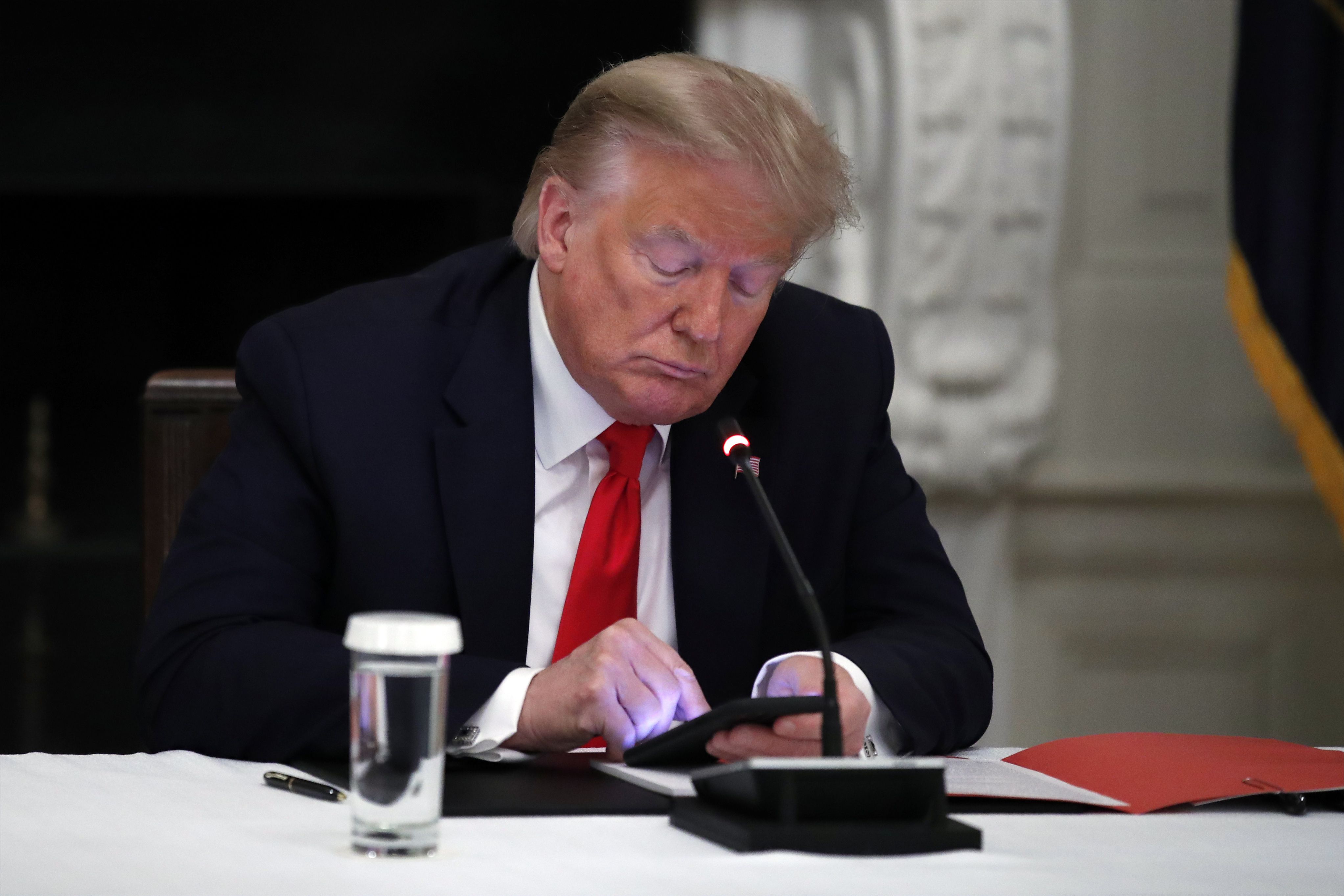 One Twitter wag joked about lights flickering on and off at the White House being Donald Trump signaling to his followers in Morse code after Twitter and Facebook squelched the president for inciting rebellion.

Though deprived of his big online megaphones, Trump does have alternative options of much smaller reach. The far right-friendly Parler may be the leading candidate, though Google and Apple have both removed it from their app stores and Amazon decided to boot it off its web hosting service. That could knock it offline for a week, Parler’s CEO said.

Trump may launch his own platform. But that won’t happen overnight, and free speech experts anticipate growing pressure on all social media platforms to curb incendiary speech as Americans take stock of Wednesday’s violent takeover of the U.S. Capitol by a Trump-incited mob.

Twitter ended Trump’s nearly 12-year run on Friday. In shuttering his account it cited a tweet to his 89 million followers that he planned to skip President-elect Joe Biden’s Jan. 20 inauguration that it said gave rioters license to converge on Washington once again.

Facebook and Instagram have suspended Trump at least until Inauguration Day. Twitch and Snapchat also have disabled Trump’s accounts, while Shopify took down online stores affiliated with the president and Reddit removed a Trump subgroup. Twitter also banned Trump loyalists including former national security advisor Michael Flynn in a sweeping purge of accounts promoting the QAnon conspiracy theory and the Capitol insurrection. Some had hundreds of thousands of followers.

In a statement Friday, Trump said: “We have been negotiating with various other sites, and will have a big announcement soon, while we also look at the possibilities of building out our own platform in the near future.”

Experts had predicted Trump might pop up on Parler, a 2-year-old magnet for the far right that claims more than 12 million users and where his sons Eric and Don Jr. are already active. Parler hit headwinds, though, on Friday as Google yanked its smartphone app from its app store for allowing postings that seek “to incite ongoing violence in the U.S.” Apple followed suit on Saturday evening after giving Parler 24 hours to address complaints it was being used to “plan and facilitate yet further illegal and dangerous activities.” Public safety issues will need to be resolved before it is restored, Apple said.

Amazon struck another blow Saturday, informing Parler it would need to look for a new web-hosting service effective midnight Sunday. It reminded Parler in a letter, first reported by Buzzfeed, that it had informed it in the past few weeks of 98 examples of posts “that clearly encourage and incite violence” and said the platform “poses a very real risk to public safety.”

Parler CEO John Matze decried the punishments as “a coordinated attack by the tech giants to kill competition in the marketplace. We were too successful too fast,” he said in a Saturday night post, saying it was possible Parler would be unavailable for up to a week “as we …read more