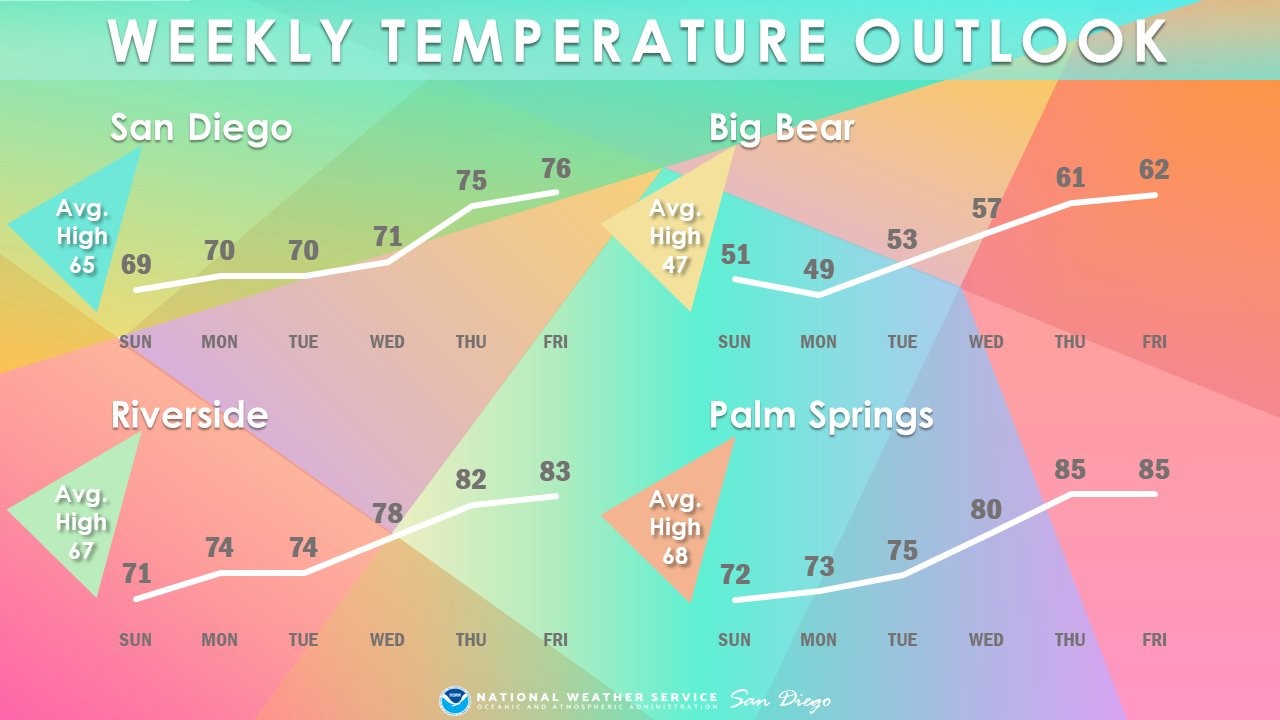 Santa Ana winds will elevate brush fire dangers in pockets of Southern California through Monday, while higher temperatures and lower humidity are forecast for the week.

The potential for wildfires will be highest when gusts peak Monday morning. The winds should begin to subside in the afternoon.

Santa Ana winds will impact the Ventura & LA County areas thru Mon with weak to moderate NE winds gusting between 35-55 mph mainly for the mtns/foothills, but it will also be breezy at times for coastal regions. Brief critical fire wx conditions expected. #CAwx #LAfire #SoCal pic.twitter.com/0tToTgyVUX

Winds reached speeds of 41 mph in Porter Ranch, 52 mph in Malibu Hills and 67 mph in Valencia on Sunday, but may be slightly weaker in Los Angeles County at the start of the week. Gusts whipped up to 45 mph in the foothills of Riverside County over the weekend, and were expected to reach similar speeds on Monday.

Conditions should be calm across Southern California by Wednesday, before winds pick up again slightly on Thursday.

Meanwhile, relative humidity will remain low as temperatures climb throughout the workweek. Each day should feel progressively warmer, with temperatures between 15 and 20 degrees warmer than normal expected by Friday. By then, people living in inland and warmer coastal areas should see highs in the 80s.

Highs should rise from 69 degrees in Rancho Cucamonga and 73 degrees in Anaheim and Fullerton on Monday to 80 degrees on Thursday. Temperatures are expected to climb over the course of the week from 75 to 82 degrees in Whittier, and from 76 degrees to 84 degrees in West Covina.