Lessons from a time in which the leader is a loon 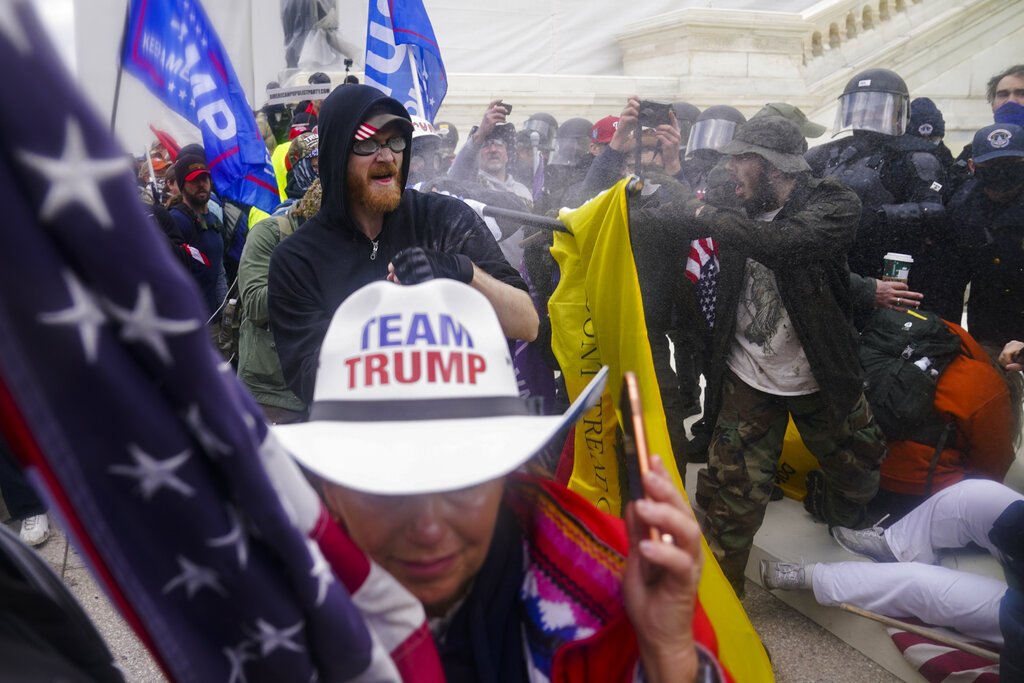 It’s so crazy-hard to think about anything else, even these several days later.

I mean, when the head of one branch of the government of the United States of America tells a mob of his followers to march down the avenue and attempt to take over another branch of the government, and then the riot in the formerly hallowed halls of the Capitol, once incited, actually takes place — well, it’s enough to make it tough to concentrate on other stuff.

It was such a surreal event that it can still be hard to even believe it happened.

Because we’re all watching a lot of television these days, stuck at home in front of the screens as we are. Was that just one of our shows?

I work with the laptop screen facing me all day, listening to soothing KUSC for background. I never have the TV on while I am writing and editing.

The larger screen is for after work, for all those movies and nighttime soap operas and costume dramas and documentaries that fill our evenings since we can’t be out with our friends.

But Wednesday when the news about the president-stoked rampage hit, of course I turned on the living-rooom set. And that’s part of the reason the memories of what we just went through still seem unbelievable. Was it just an old episode of “House of Cards,” this big brawl in Washington? Because viewers certainly wouldn’t have put it past President Frank Underwood to instigate a mass melee if need be in order to remain in the White House. Remember the upside-down American flag — the sign of national distress — that was part of the show’s logo? Critics at the time — 2013 — noted the story was of a president who used ruthless pragmatism, manipulation and betrayal to stay in power.

But even Kevin Spacey and his missus, Robin Wright, couldn’t do evil quite so perfectly as the guy we’ve got for real. For 10 more days. For crying out loud.

What I was going to write about here were the things we as a culture can learn from our current predicament. That was before the current predicament was cubed by the vileness of the degenerate in residence on Pennsylvania Avenue, by the new tragedy he has wrought.

Still, since I was primed for positive spin-offs from a lousy time in human history, why not add lessons learned from the ignoble chief executive?

That one’s easy, actually. My fellow Americans: We’ll never entirely rid ourselves of pols who are corrupt and immoral. But could you promise to never again elect a president who is actually wicked? Thanks very much indeed. Our work is done.

The positives I was thinking of that have come from this time of worldwide deadly novel coronavirus pandemic were along the lines of the creative responses businesses — and, to a lesser extent, local government — have made, given the restrictions necessary to slow the spread of the disease. In future, once we are past this, let’s lose a few parking …read more