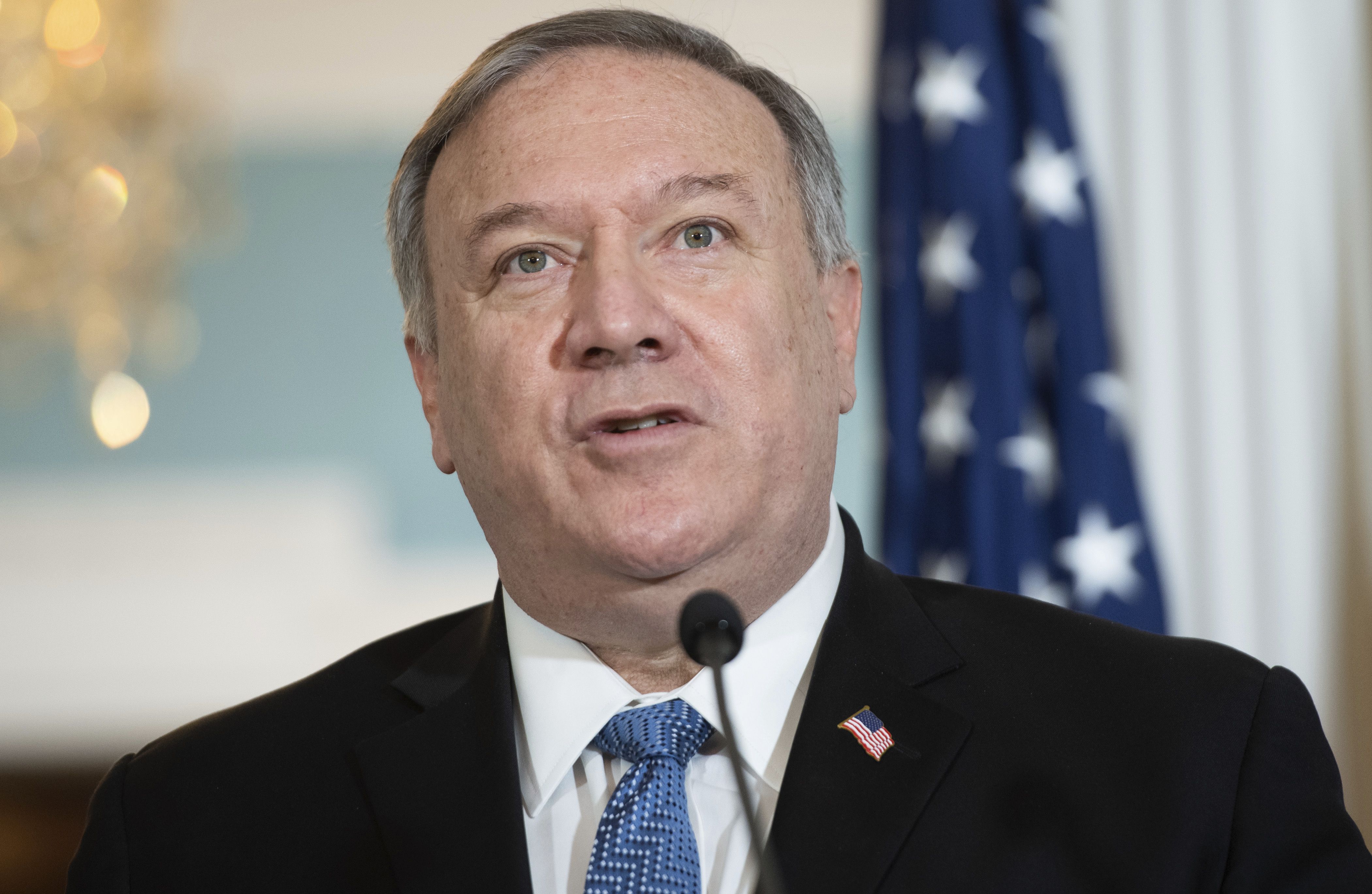 China’s state media lashed out at the latest move on Taiwan by the departing Trump administration, accusing U.S. Secretary of State Mike Pompeo of “seeking to maliciously inflict a long-lasting scar on China-U.S. ties.”

A writer for the official Xinhua News Agency said in a commentary Sunday that the lifting of longstanding restrictions on U.S. government contacts with Taiwanese counterparts proves that Pompeo “is only interested in stoking unwarranted confrontations, and has no interest in world peace.”

A commentary posted online by CGTN, the English-language channel of state broadcaster CCTV, called Pompeo’s announcement “a cowardly act of sabotage” of the next U.S. administration.

“The Trump administration, in its continuing efforts to burn the house down before leaving office, has crossed a dangerous red line with China days before incoming President Joe Biden takes office,” the commentary read in part.

There was no immediate comment from the Chinese government on Pompeo’s decision to end State Department restrictions on how U.S. officials can interact with Taiwan, which he said had been implemented to appease the Communist regime in Beijing.

“No more,” Pompeo declared in a statement Saturday. “Today I am announcing that I am lifting all of these self-imposed restrictions.”

Taiwan is a sensitive issue for China’s ruling Communist Party, which considers the self-governing island of 23.6 million people a renegade province that should be brought under its rule.

Under the one-China policy, the U.S. recognizes Beijing as the government of China and doesn’t have diplomatic relations with Taiwan. However, it maintains unofficial contacts including a de facto embassy in Taipei, the capital, and supplies military equipment for the island’s defense.

“We are expressing our gratitude toward the U.S. for speaking out and supporting Taiwan,” Premier Su Tseng-chang told reporters. “We also hope to interact actively with each other further, so that Taiwan could have an even bigger space in the international society.”

He and Foreign Minister Joseph Wu, who thanked Pompeo on Twitter, emphasized the values of freedom and democracy shared by Taiwan and the U.S. — a contrast to China’s authoritarian one-party state.

Pompeo’s announcement came two days after he said he would send Kelly Craft, the U.S. ambassador to the United Nations, to Taiwan for meetings this week. She is due to arrive on Wednesday.

Craft’s trip follows one by Health and Human Services Secretary Alex Azar in August, the first Cabinet member to visit Taiwan since 2014, and another by Under Secretary of State Keith Krach in September.

China, which opposes Taiwan having its own foreign relations, sharply criticizes all such interaction. It stepped up aerial patrols off Taiwan last year and used its diplomatic clout to block Taiwan from participating in international forums, such as the World Health Organization’s annual meeting.

Hu Xijin, the editor of China’s state-owned Global Times newspaper, tweeted that if Pompeo’s announcement is the new starting point for America’s Taiwan policy, it will also mark the start of the countdown for the survival of Taiwan’s government.