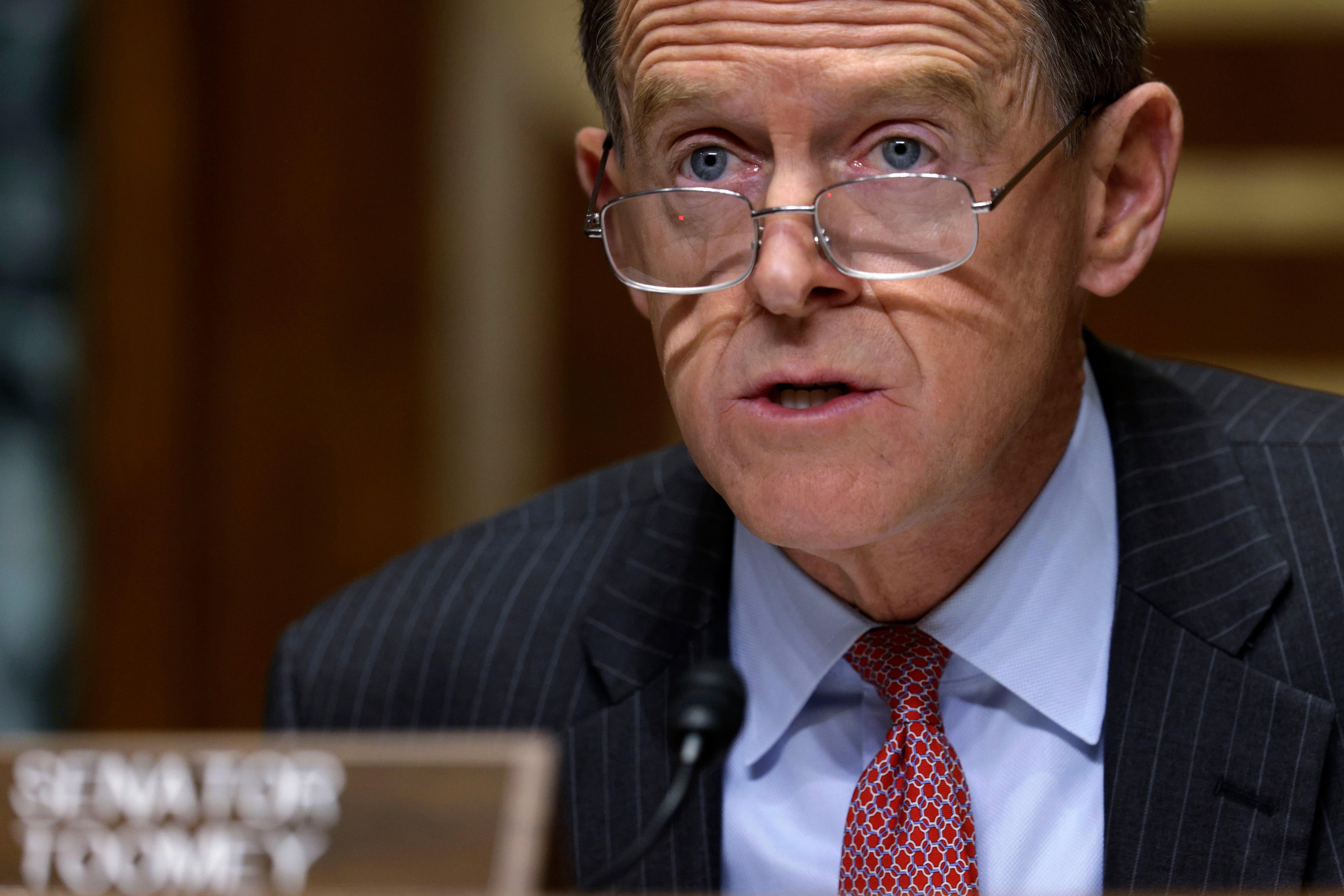 Two Republican senators now say President Donald Trump should resign as support for the drive to impeach him a second time is gaining momentum in his final days in office after the deadly riot at the Capitol by a violent mob of Trump supporters.

Sen. Pat Toomey of Pennsylvania on Sunday joined Alaska Sen. Lisa Murkowski in calling for Trump to “resign and go away as soon as possible.” Murkowski, who has long voiced her exasperation with Trump’s conduct in office, told the Anchorage Daily News on Friday that Trump simply “needs to get out.”

Toomey said that even though he believes Trump committed impeachable offenses in encouraging loyalists in the Capitol siege on Wednesday, he did not think there was enough time for the impeachment process to play out. Toomey said that resignation was the “best path forward, the best way to get this person in the rear view mirror for us.” He was not optimistic that Trump would step down before his term ends on Jan. 20.

The House appears determined to act despite the short timeline.

Late Saturday, House Speaker Nancy Pelosi, D-Calif., sent a letter to her colleagues reiterating that Trump must be held accountable. She told her caucus, now scattered across the country on a two-week recess, to “be prepared to return to Washington this week.”

“It is absolutely essential that those who perpetrated the assault on our democracy be held accountable,” Pelosi wrote. “There must be a recognition that this desecration was instigated by the President.”

Rep. Jim Clyburn, the third-ranking House Democrat, said “it may be Tuesday, Wednesday before the action is taken, but I think it will be taken this week.” Clyburn, D-S.C., said he was concerned that a Senate trial could distract from the process of confirming President-elect Joe Biden’s nominees.

Clyburn said one option could be giving Biden the “100 days he needs to get his agenda off and running and maybe we’ll send the articles sometime after that” to the Senate for a trial.

He said lawmakers “will take the vote that we should take in the House” and that Pelosi “will make the determination as when is the best time” to send them to the Senate.

Kentucky Sen. Mitch McConnell, the Republican leader, has said an impeachment trial could begin as early as Inauguration Day, Jan. 20.

The new Democratic effort to stamp Trump’s presidential record — for the second time and days before his term ends — with the indelible mark of impeachment is gaining supporters. Rep. David Cicilline, D-R.I, a leader of the House effort to draft impeachment articles — or charges — accusing Trump of inciting insurrection, said Saturday that his group had grown to include 185 co-sponsors.

Lawmakers planned to formally introduce the proposal on Monday in the House, where articles of impeachment must originate.

The articles, if passed by the House, could then be transmitted to the Senate for a trial, with senators acting as jurors who would ultimately vote on whether …read more