John Gibson says Ducks aspire to return to the playoffs 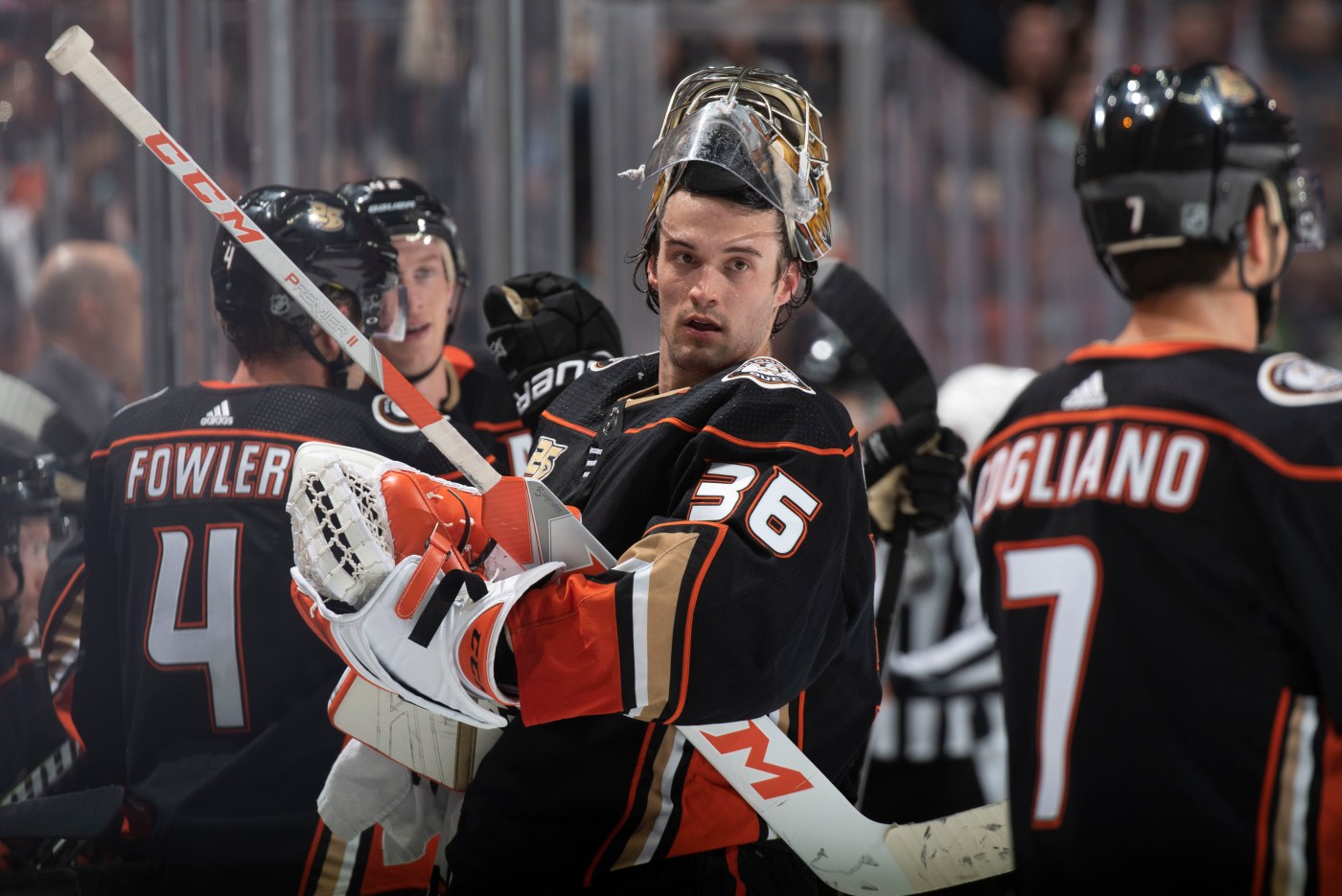 John Gibson didn’t hesitate when a question about motivation was posed to him the other day.

“I think it’s just to get back to the playoffs,” the Ducks’ All-Star goaltender said. “If you ask anybody here, we want to make the playoffs and have a chance. I think we got used to making the playoffs. We were in it for so many years and then the last few years, obviously, we weren’t.

The Ducks’ chances to return to the playoffs are likely to rest on the broad shoulders of Gibson, who is expected to help carry his teammates through a coronavirus-shortened 56-game season. His fortunes and theirs are likely to be linked, starting with the season-opening game Thursday.

Cracking the top three in the realigned and renamed West Division might be too difficult for a team in transition like the Ducks, who are in the midst of a roster overhaul. But the next five spots, including the fourth and final playoff berth, could be up for grabs.

No question, the Colorado Avalanche, St. Louis Blues and Vegas Golden Knights should be considered the top teams in the eight-team division. The Ducks, Kings, Arizona Coyotes, Minnesota Wild and San Jose Sharks, in no particular order, are next in line.

So, why not the Ducks?

Gibson said he’s rested and ready to go after an extended offseason, having with his younger brother and his Junior Penguins teammates near their Pennsylvania hometown before rejoining his Ducks teammates at Great Park Ice in Irvine in November.

The signing of free agent Kevin Shattenkirk was designed to bolster the Ducks’ defense corps in front of Gibson and the demands of management and the coaching staff placed upon players such as Sam Steel and Troy Terry were geared to ignite a fire among their young forwards.

In most regards, Gibson was a victim of his teammates’ poor play last season. He couldn’t save them from themselves, after all. His record of 20-26-5 was the worst of his career, as were his goals-against average of 3.00 and his save percentage of .904 in 51 games in 2019-20.

It was a long drop from his 31-18-7 record, 2.43 goals-against average and .926 save percentage in 60 games in 2017-18, the last time the Ducks advanced to the playoffs. His victory total, save percentage and appearances marked career highs.

“I’m just trying to do me, play my game and help the team win as many games as we can,” Gibson said of his personal goals for 2020-21. “As long as we make the playoffs, we can go on a run. You get into the playoffs and you just get a chance to play. Who knows what’s going to happen?”