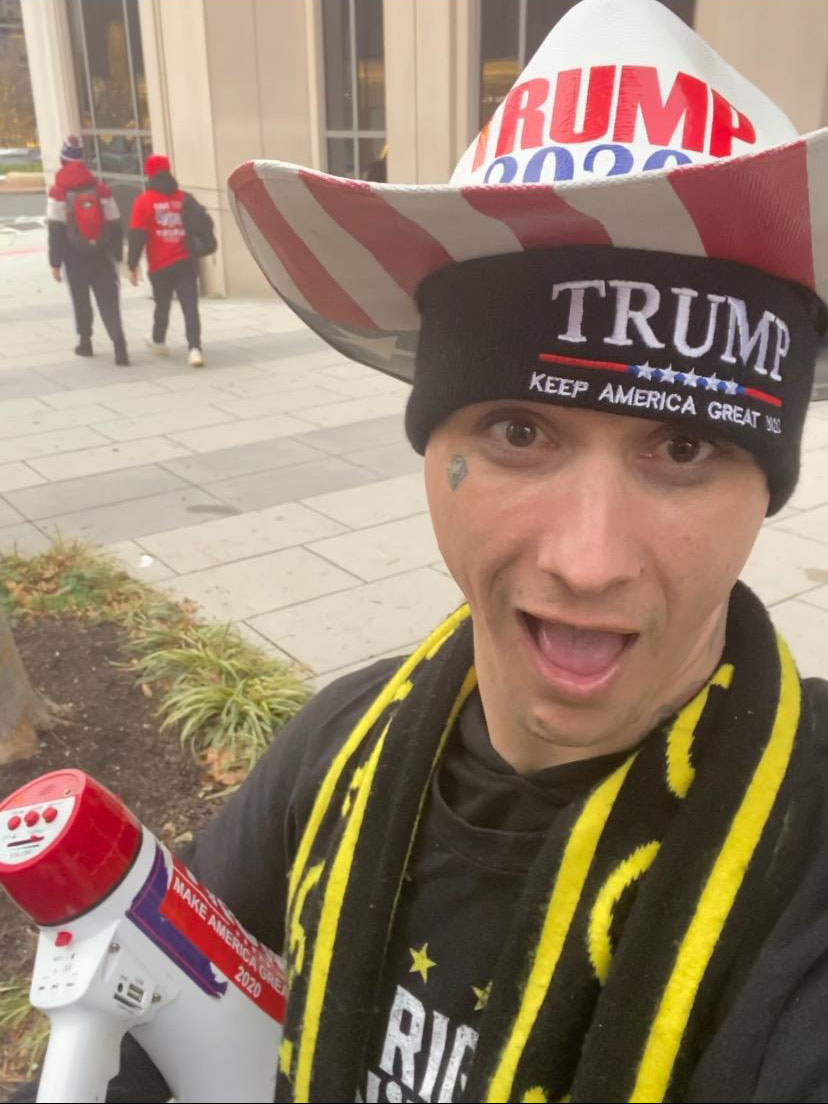 Full of bravado, the 32-year-old Huntington Beach hairdresser and well-known far-right activist praised the insurrectionists as patriots and dispelled the rumor that Antifa members had any involvement the siege that delayed Congress’ certification of electoral votes for President-elect Joe Biden.

“I just got back from storming the Capitol,” said Dreww, who appeared energized and jittery in the video. “It was successful. For all you bitches on Facebook going crazy talking about it was Antifa, and saying it wasn’t us, it was us. We proudly took back our Capitol. They brought the National Guard out for us. We had the (expletive) cops running from us. Not because they are bitches but because they are smart. We did it. God it’s so exhilarating!”

By Friday, Jan. 8, after the video made the rounds on social media, Dreww — who has his own podcast and is known nationally among the far-right, pro-Trump crowd — was contrite and fearful.

Death threats from right and left

In a phone interview as he made the nearly 2,700-mile drive from Washington to Huntington Beach, Dreww said he has received death threats from both Trump supporters and detractors. He worries about being arrested and believes his successful beauty salon business is doomed.

Samantha Shero, a spokeswoman for the FBI’s Field Office in Washington, D.C., said Friday she couldn’t comment or confirm whether Dreww is under investigation.

Dreww claimed he was only speaking collectively in the video about participating in the siege and that he actually watched from afar. He also distanced himself from the destruction and now believes Antifa was indeed involved in the riot. .

“I do regret not doing my research and not knowing what people were in there,” said Dreww, whose social media handle is “Adorable Deplorable.” “I am proud we took back our house, but I thought we took it back peacefully.”

There is no evidence that Antifa, a left wing anti-fascist, anti-racist political movement, was involved in the Capitol building attack, the FBI said.

The subdued demeanor Dreww exhibited during the interview was in sharp contrast to the vitriol he spewed in Wednesday’s video.

“You think if we can get into this Capitol, imagine what we could do to our local capitol,” he said in the video.

Additionally, in a Thursday post on Parler, a social networking site popular with conservatives who have fled Twitter, Dreww challenged those who questioned his zeal. “I am a real patriot and have rallied from Florida and Texas to DC and Portland,” he said.

Dreww’s ordeal began Sunday, when he left Huntington Beach and drove to Illinois to pick up his aunt.

He said he arrived in Washington about 9 a.m. Wednesday, in time to catch some of Donald Trump Jr.’s remarks at a rally outside the White House. When the speech ended, he headed to the Embassy Suites on New …read more