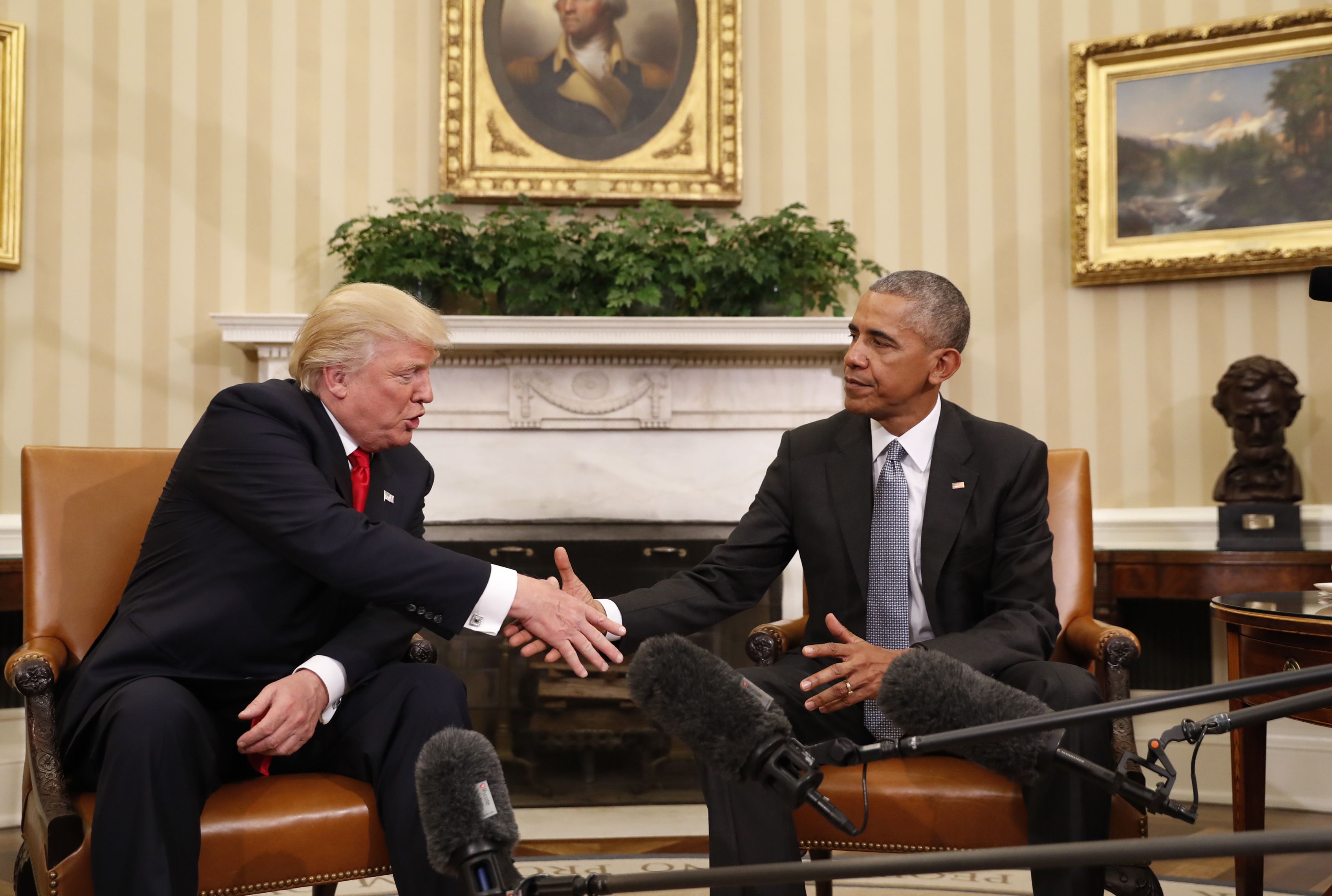 President Donald Trump and his allies are harking back to his own transition four years ago to make a false argument that his own presidency was denied a fair chance for a clean launch. Press secretary Kayleigh McEnany laid out the case from the White House podium last week and the same idea has been floated by Trump’s personal lawyer and his former director of national intelligence.

The comparisons are part of a broader attempt by Trump and his team to undermine the legitimacy of Biden’s election and his right to an orderly transition by unspooling mistruths about both this election season and Trump’s treatment four years ago.

“It’s worth remembering that this president was never given an orderly transition of power. His presidency was never accepted,” McEnany told reporters who questioned the Trump administration’s refusal to cooperate with the Biden transition.

But the situations are far different.

The day after her defeat in 2016, Democrat Hillary Clinton conceded.

“Donald Trump is going to be our president,” she said. “We owe him an open mind and the chance to lead.”

The next day, President Barack Obama, who had portrayed Trump as an existential threat to the nation, invited the president-elect to the White House and visited with him in the Oval Office. Obama’s aides offered help to Trump’s incoming staffers.

“My number one priority in the coming two months is to try to facilitate a transition that ensures our president-elect is successful,” Obama said.

During his inaugural address, Trump thanked Obama and his wife, Michelle, “for their gracious aid throughout this transition” and called them “magnificent.”

Trump’s team is not wrong that his own transition was chaotic, but the disarray in many ways was of his own doing.

Trump fired the head of his transition, former New Jersey Gov. Chris Christie, and abandoned months of planning in favor of a Cabinet hiring process that at times resembled a reality show. His team ignored offers of help from the outgoing Obama administration.

That’s a far cry from the description issued by McEnany as pressure mounts for Trump to concede and for his administration to begin cooperating with Biden’s transition team. Among other things, Biden is being denied access to the presidential daily intelligence briefing and to detailed briefings on the vaccine distribution plan as COVID-19 deaths in the U.S. eclipse 255,000.

In 2016, despite his claims, Trump did receive standard cooperation during the transition.

But Trump’s team largely ignored advice from Obama staffers, leaving briefing books unopened and ignoring special iPads loaded with materials. The lack of preparation left aides clueless even about how to work the overhead intercom in the West Wing.

A potential transition plan worked on for months by Christie was cast aside. He was dismissed from his post as part of a long-running feud with the president’s son-in-law and future senior White House …read more