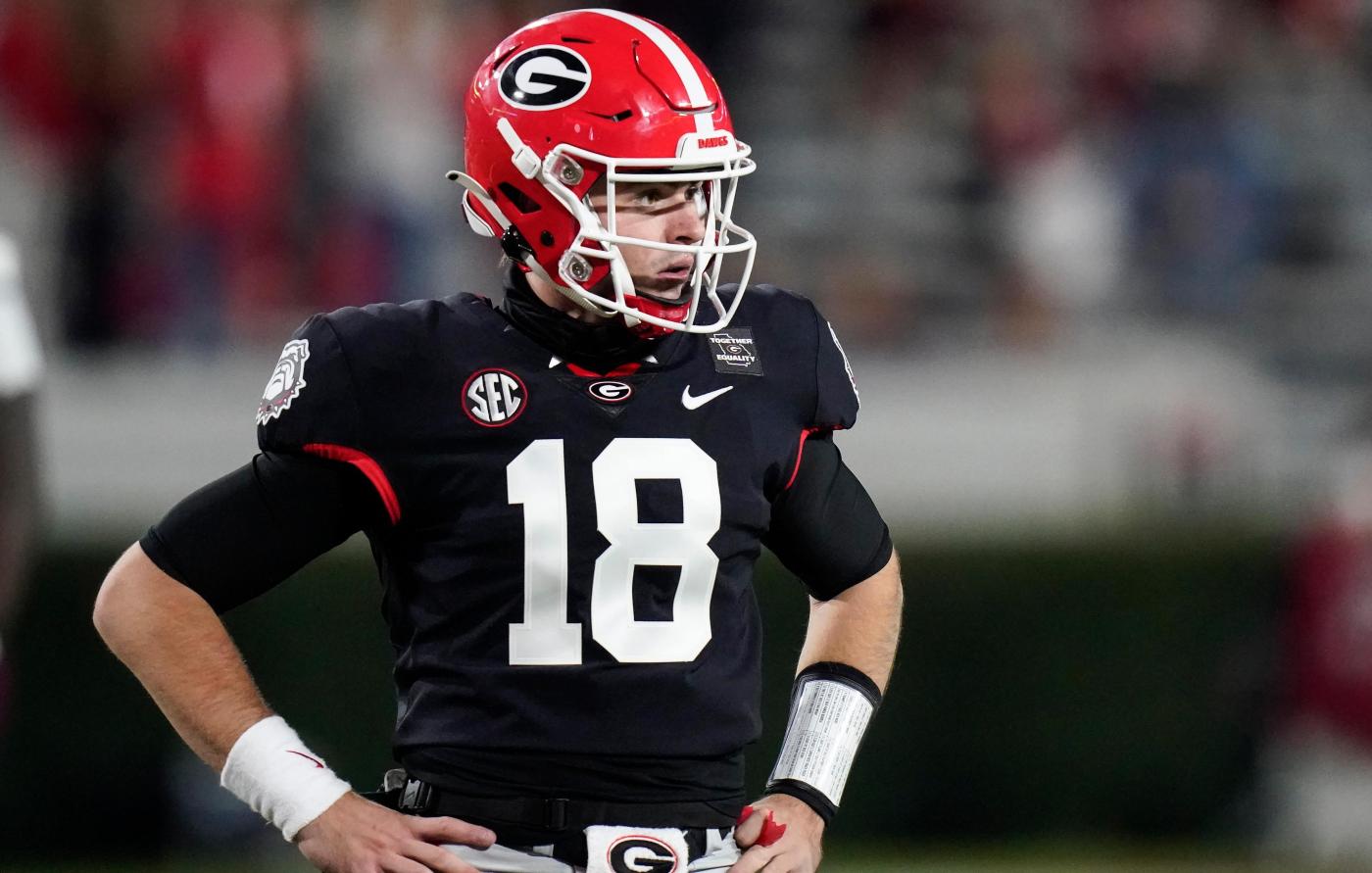 ATHENS, Ga. (AP) — After waiting almost 15 months for this moment, JT Daniels took a knee and soaked up the cheers from the socially distanced crowd.

“JT! JT! JT!” they chanted over and over again.

Making quite a debut between the hedges, Daniels threw for 401 yards and four touchdowns as No. 13 Georgia held on for a 31-24 victory over Mississippi State on Saturday night.

Playing for the first time since the 2019 opener with USC, the Mater Dei alumnus became the third quarterback to start for the Bulldogs (5-2, 5-2 Southeastern Conference) this season.

“That’s the first time I’ve taken snaps since August 31, 2019, in a whole other part of the country,” Daniels said. “It still hasn’t really sunk in yet that I got to play football again.”

The transfer from USC didn’t just play — he delivered one big moment after another, capped by a 40-yard touchdown pass to Kearis Jackson that broke a 24-24 tie with 9:50 remaining.

What made it more impressive: Jackson and George Pickens had dropped potential TD passes on back-to-back plays, and a holding penalty left Georgia with third-and-20 .

But Jackson slipped behind the secondary in the middle of the field, and Daniels spotted him to finally finish off undermanned Mississippi State (2-5, 2-5).

Daniels became the first Georgia quarterback to pass for more than 400 yards since Aaron Murray against Auburn in 2013 — and the first to ever do it in his debut.

Asked if he could’ve predicted such a performance in his coming-out with the Bulldogs, Daniels replied, “Absolutely. It’s something you visualize and dream about.”

Chargers at Buffalo Bills: Who has the edge?

Freshman Jermaine Burton was Daniels’ favorite receiver, hauling in eight passes for 197 yards — including TD catches of 18 and 48 yards, not to mention another grab of 49 yards.

Burton had just 130 yards receiving through the first six games of the season as Georgia struggled to get its passing game going while Daniels watched from the bench.

Pickens also hauled in a 4-yard scoring pass and finished with eight receptions for 87 yards.

Daniels’ teammates have seen his skills in practice.

“That guy, the ball just pops from his hand,” offensive tackle Jamaree Salyer said. “It makes my job a lot easier. I’m happy when the ball’s going 50 yards and I only have to block one time.”

Daniels had to do it all through the air because Georgia’s running game was totally stifled, finishing with just 8 yards when three sacks were factored into the numbers.

Mississippi State, which had lost four of five games since a shocking upset of defending national champion LSU in the season opener, went toe-to-toe with Georgia most of the night behind freshman quarterback Will Rogers, making his second straight start.

Spreading the ball around to 10 receivers in the “Air Raid” offense, Rogers completed 41 of 52 passes for 336 yards, including Jaden Walley hauling in a pass and turning the corner for a …read more