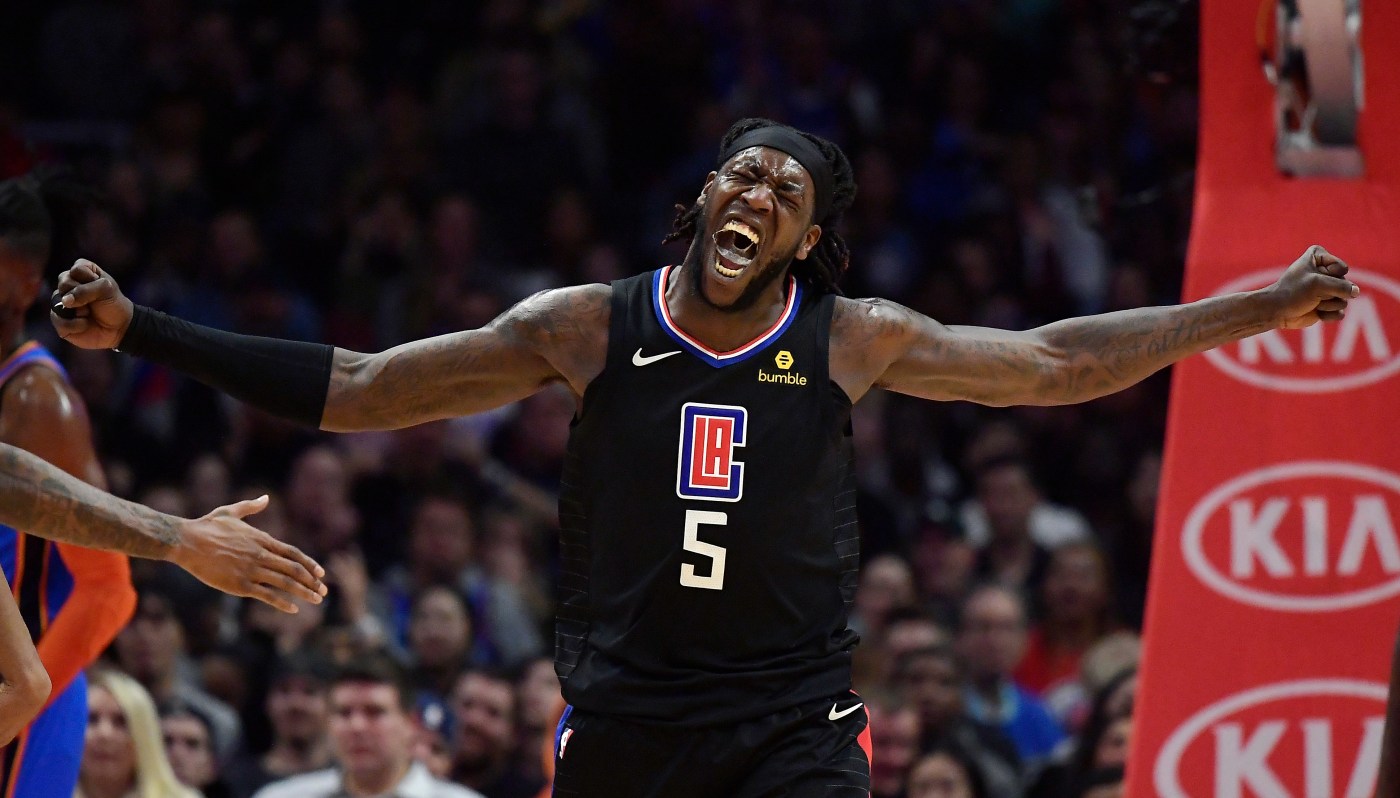 In a stunner, Montrezl Harrell – one of the most productive players and biggest personalities from the last few Clippers teams – is headed across the Staples Center hallway.

The Lakers have agreed to a two-year, $19 million deal with Harrell, the reigning NBA Sixth Man of the Year, and until recently, one of the team’s most vocal rivals. The deal was first reported by ESPN.

Arguably the biggest splash of the Lakers’ offseason so far, Harrell averaged a career-best 18.6 points and 7.1 rebounds in 63 games last season with just two starts. While he hit a wall in the playoffs last season after missing nearly a month of the NBA “bubble,” Harrell figures to be a productive off-the-bench scorer for his new team in the same city.

The 26-year-old North Carolina native is just 6-foot-7 but has mostly played center as a Clipper. A second-round pick out of Louisville, Harrell is a client of Klutch Sports – the same agency that represents his new teammates LeBron James and Anthony Davis.

Tension was brewing on a Clippers roster that fell short in the second round of the playoffs last year, and Harrell, who struggled against Denver Nuggets big man Nikola Jokic, was among those widely expected to head elsewhere. But he’s also been one of the biggest talkers in the Clippers locker room since arriving there in 2017, with a fair amount of that directed at the Lakers.

In one notable exchange in December 2018, he reminded the media that there were “two teams in L.A.”

“Y’all try to overlook us, just because of everybody in that purple and gold and the history of it,” he said. “Yeah, I respect that. But that don’t mean (expletive) to me. Excuse my French – that don’t mean nothing to me. I come out here and play for the guys that I am on the floor with. At the end of the day, y’all gonna have to recognize us, man.”

Frumpy Middle-aged Mom: What it’s like to be a major celebrity

Harrell’s calling card is his energy, which helped make the Clippers’ bench one of the league’s best for years. He’ll be joined in Los Angeles with Dennis Schröder, who was the runner-up to him in Sixth Man voting. Harrell is also remarkably durable, missing just one game in the previous two seasons before missing the NBA “bubble” regular-season games due to the death of his grandmother.

The Lakers are expected to use the mid-level exception to sign Harrell, who has a second-year player option.