EXPLAINER: What’s with all the election audits? 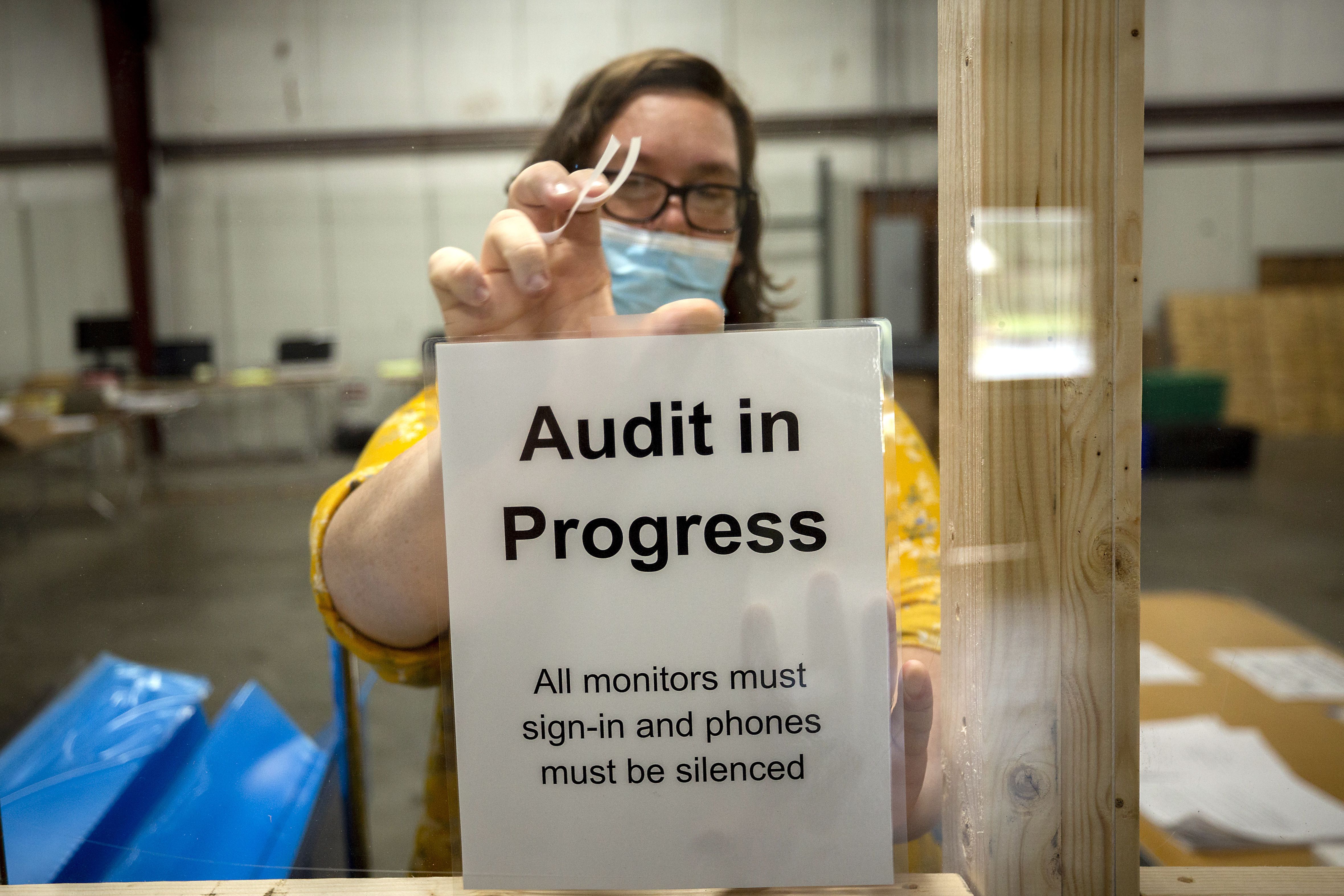 As they seek to overturn — or at least cast doubts on — the results of the Nov. 3 presidential election, President Donald Trump and his Republican allies have zeroed in on a routine and common process: post-election audits.

Until now, the Trump campaign’s flurry of legal challenges hasn’t unearthed any evidence of widespread voter fraud, and election experts as well as state and federal officials have said there was none.

Still, Trump and Republicans are calling for audits in states where the president lost, even as they dismiss the results of audits that were already completed.

WHAT IS A POST-ELECTION AUDIT?

Most states have laws requiring audits after elections, regardless of the margin of victory. That’s not because they think something is wrong. They just want to make sure voting equipment functioned properly and election procedures were followed.

Usually, officials will take part of their paper ballots and match them against results from their electronic voting machines. That’s to make sure there are no errors or potential instances of fraud.

If there are discrepancies, state laws trigger a more thorough accounting of votes, although how that’s done varies by state.

A post-election audit is different from a recount, which happens when there are a small number of votes separating the candidates or when requested by a candidate.

WHERE ARE REPUBLICANS ASKING FOR AUDITS?

It’s happening in several states at once.

In Arizona, where President-elect Joe Biden won, the state Republican Party asked for a new hand count of a sample of ballots in Maricopa County, which includes Phoenix and is where most of the state’s population lives. The reasons cited? Lawyers for the GOP say they want to see if voting machines were hacked, even though there is no evidence of fraud or hacking of voting machines in Arizona.

The request came after the county had already finished its own audit and found no problems after a hand-count of ballots. On Thursday, a judge rejected the Republican bid to postpone certification of the county’s election results and dismissed the party’s legal challenge that sought the new audit.

Capitalism and the drastic fall of global poverty

Maricopa County officials certified their results Friday. Biden won the county by more than 45,000 votes, and bested Trump statewide by a margin of more than 10,000 votes.

Then there is Georgia, where election officials did a high-profile audit of the presidential race as required by state law. The audit — a hand tally of about 5 million votes — wasn’t in response to any suspected problems. A new law in Georgia mandates an audit of any one race after every election. Secretary of State Brad Raffensperger, a Republican, said he chose to audit the presidential race because of its significance and because of the tight margin between Trump and Biden.

A few thousand previously uncounted ballots were discovered during the audit, narrowing Biden’s lead over Trump. Biden still ended up taking the state.

WHAT HAPPENED IN MICHIGAN?

It began when two Republican election board members of the district that includes majority-Black Detroit, voted to block …read more