USC football might have its best chance to win at Utah 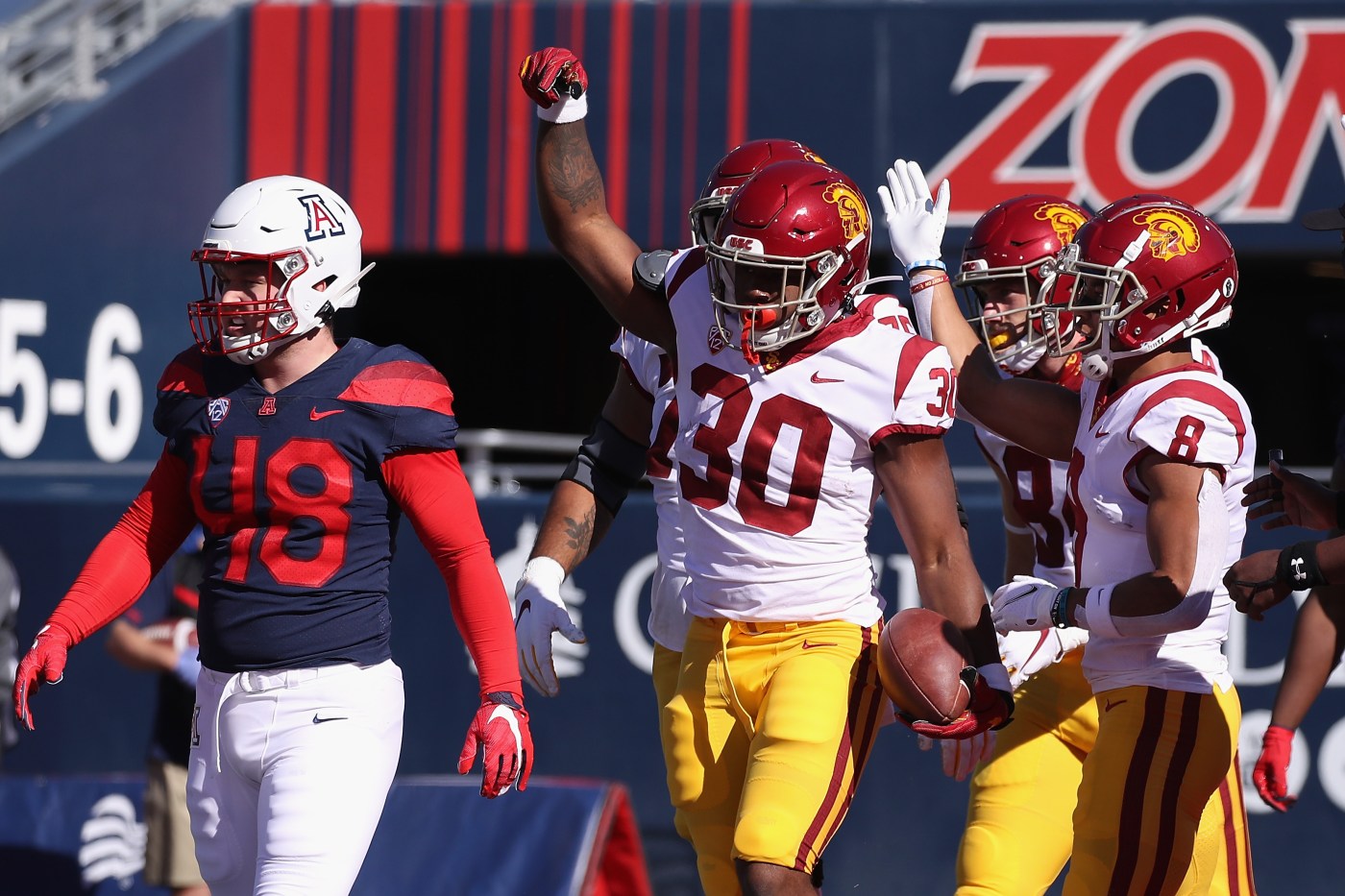 USC, again, is preparing for a team it knows little about.

The 20th-ranked Trojans (2-0) are set to face Utah on Saturday. Despite the game being five days before Thanksgiving, the Utes have yet to play this season. COVID-19 spread on the Utah roster caused their first two contests to be canceled.

So USC has little personnel information to work with. Utah has yet to name a starting quarterback. The Utes defense has seen the vast majority of last year’s starters go on to the NFL.

But if the Trojans can rely on anything, it’s that, under head coach Kyle Whittingham, Utah won’t have changed too much from previous seasons.

“I don’t see Kyle getting too far away from what they were doing last year,” USC head coach Clay Helton said. “At least schematically you’ve got a little bit of better feel because the coordinators aren’t changed and they’ve been there previously.”

But it doesn’t change the fact Utah is a vastly different team than last year. The Utes had seven players selected in the 2020 NFL Draft and several more signed as undrafted free agents.

It’s a big drop in experienced talent for the Utes, and may present USC’s best chance to break the seven-year streak in which the home team has won every matchup in this series.

And it’s not like this will be a typical road environment for USC, given that Rice-Eccles Stadium’s 45,807 seats will be entirely empty. But there are still some conditions to which USC is not accustomed, such as the projected 37-degree weather in Salt Lake City at kickoff.

When USC has the ball

For the USC offense, perhaps the greatest point of intrigue is how quarterback Kedon Slovis is throwing the ball Saturday. Slovis’ numbers remain impressive, completing 71.4% of his passes for an average of 353 yards a game. But he hasn’t had his trademark tight spiral, and has had a few over- and underthrows that don’t fit his profile.

Where to buy the best-tasting, highest-quality seafood online

Slovis at first blamed his mechanics, but the USC coaching staff pushed back on this idea, with offensive coordinator Graham Harrell suggesting one slip early in the Arizona game caused Slovis to lose confidence. So this game will be an opportunity for Slovis to put doubts about his arm health and everything else to rest.

And he will have a green defense to do it against. Nine of Utah’s 11 leading tacklers from last season are gone, eight of them on current NFL rosters. This includes last year’s entire starting secondary. Of the nine defensive backs on Utah’s two-deep entering this season, six are true freshmen.

So this could be a big game for USC’s receiving corps, especially considering the Trojans threw for 368 yards against Utah last season with Slovis missing most of the game due to a concussion.

When Utah has the ball