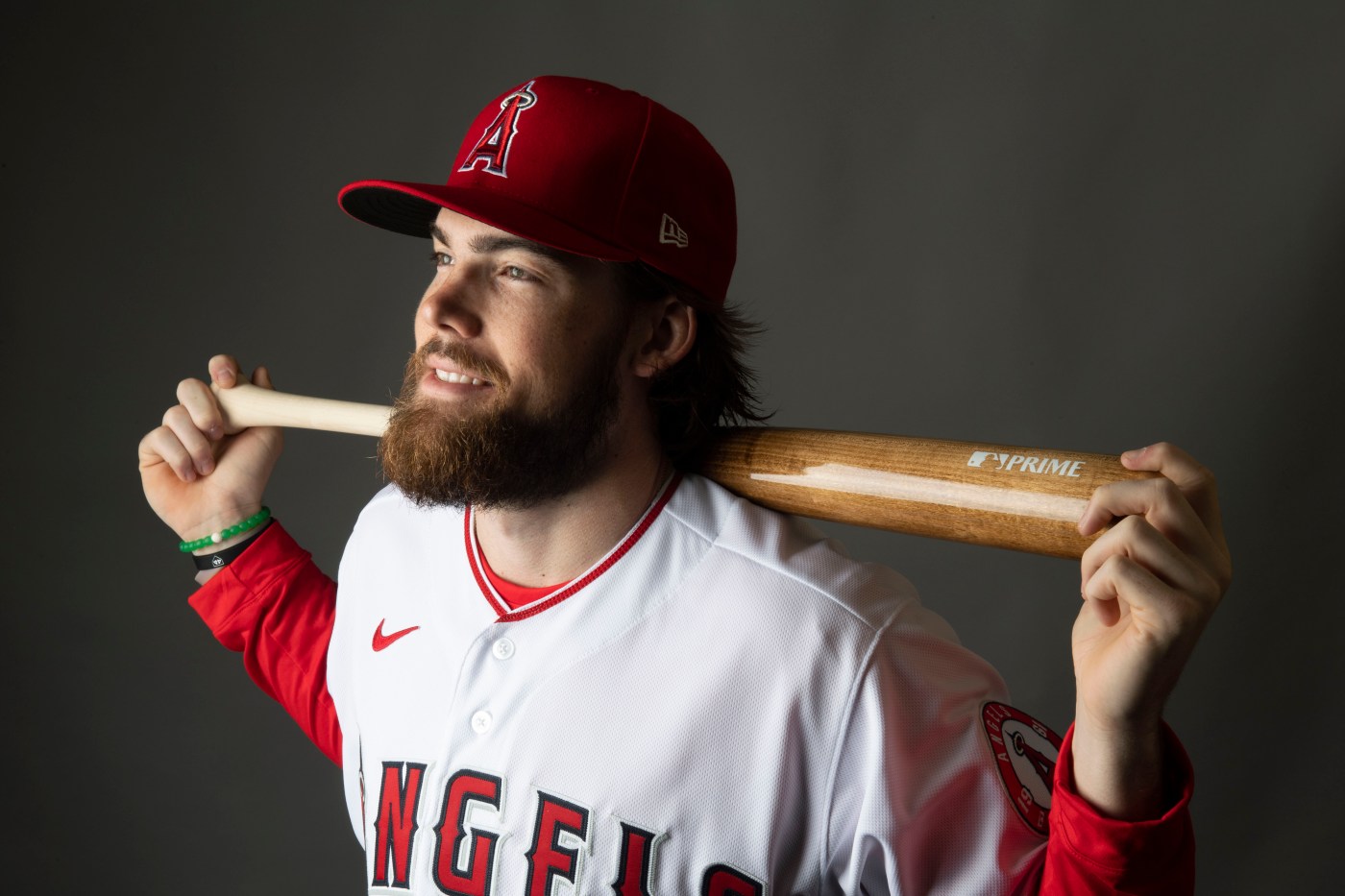 The Angels added outfielder Brandon Marsh, their No. 1 prospect, and pitcher Chris Rodriguez to the 40-man roster Friday, just ahead of the deadline to protect minor leaguers from next month’s Rule 5 draft.

Marsh, 22, worked out this season at the Angels’ alternate site in Long Beach, including getting some action at first base to add to his versatility. He is considered an elite defensive outfielder with speed, and he’s made some swing adjustments to improve his offense outlook in recent years.

Marsh is likely to make his major-league debut sometime in 2021.

Rodriguez, 21, has been plagued by back issues throughout his minor-league career, but he finally appeared to be making strides in 2020. He was also with the Angels’ squad in Long Beach, and pitched in one intrasquad game during summer camp at Angel Stadium.

The two additions put the Angels’ 40-man roster at 38.

Among the most notable players they opted not to add was left-hander Packy Naughton, who was acquired in the Brian Goodwin trade this summer. Naughton, 24, has a career 3.59 ERA in 70 minor-league games, including 68 starts. In 2019, he posted a 3.32 ERA, reaching Double-A.

The Angels also left Jose Soriano unprotected. Soriano, 22, is one of their top pitching prospects, but he is still rehabbing from Tommy John surgery this spring.

The best Chase credit cards you can sign up for, no matter what type of rewards you want to earn

If a team takes a player in the Rule 5 draft, they need to keep that player on the major-league roster (or injured list) for the entire season. If not, he must be put through waivers and then offered back to his original team. Normally only about 12 to 18 players a year are selected in the major league portion of the Rule 5 draft.

Leah Messer: I Got an Abortion and I Would Do It Again!

Ivanka Trump gave a deposition in a lawsuit accusing the Trump Organization of misusing the president’s inauguration funds, and Melania’s ex-friend is next