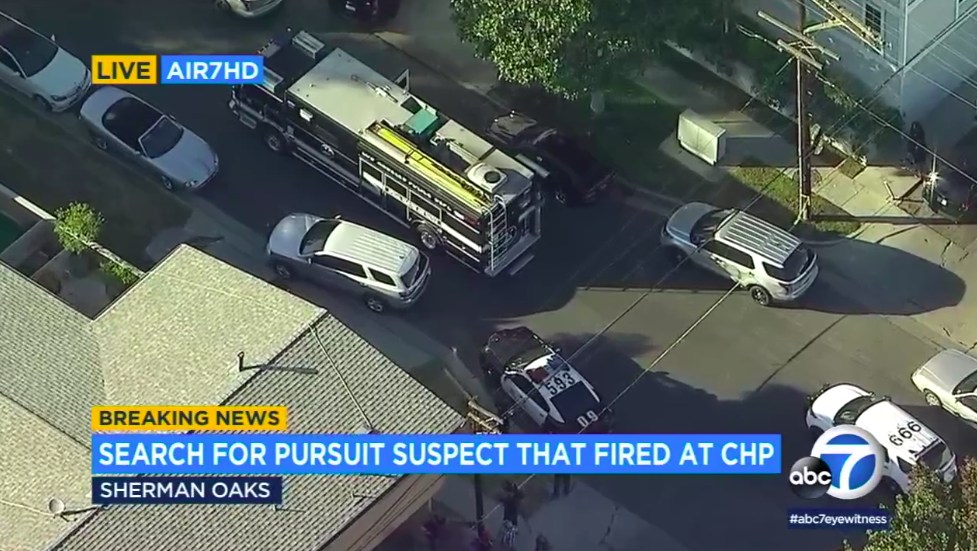 SHERMAN OAKS — A pursuit suspect, believed to be armed, barricaded himself in a Sherman Oaks home Monday afternoon.

Officers attempted to pull over the speeding suspect on the eastbound 101 Freeway at Winnetka Avenue at 12:57 p.m., but he failed to yield, according to Officer Jose Barrios of the California Highway Patrol.

The suspect crashed twice during the brief chase, at least once into another vehicle, Barrios said. Then about 1:10 p.m. he barricaded himself inside a home on the 4000 block of Vesper Avenue.

At 3 p.m., the suspect was still holed-up inside the home, and Barrios said there were reports of residents running out of the home, indicating that the suspect might not live there.

All eastbound lanes of the freeway were closed at Hayvenhurst Avenue as officers investigated reports of shots fired by the suspect during the chase. The lanes were reopened as of 3:22 p.m., but traffic was still backed up.