Some in North Dakota wish for tougher virus tack by governor 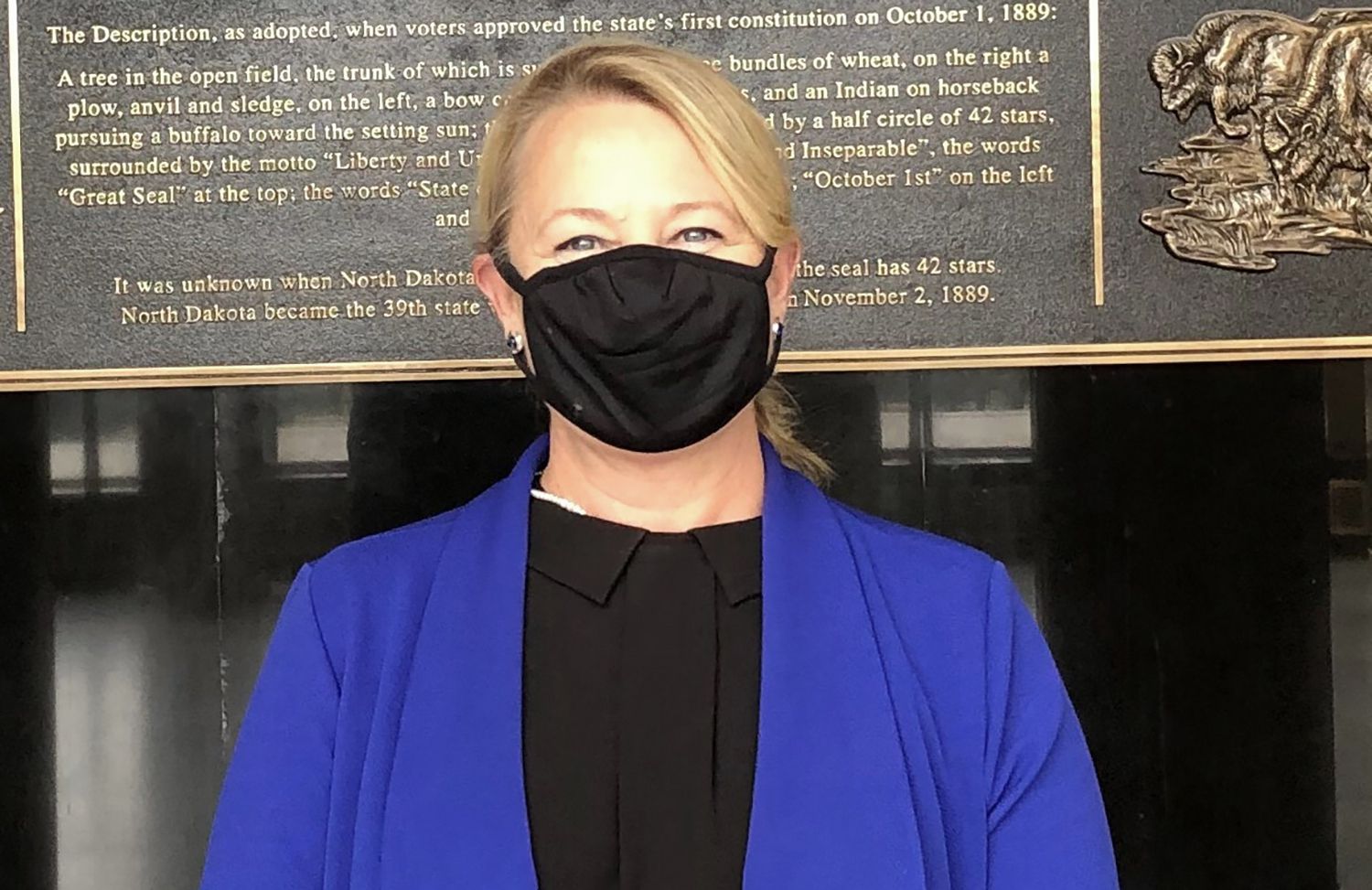 James Yantzer strode into a Harbor Freight Tools store in one of North Dakota’s worst hot spots for the coronavirus, brushing off a sign telling customers to wear a face mask.

“If they kick me out, I’ll go somewhere else,” Yantzer said, calling masks about as effective at blocking the virus as “stopping sand with chicken wire.” Despite the Bismarck store’s mask requirement, the 69-year-old trucking company owner wasn’t asked to leave.

“I just don’t take B.S. from people,” Yantzer said. “I rely on my own common sense.”

It’s a common attitude in highly conservative North Dakota, and one many believe has contributed to the state’s ranking in recent weeks among the worst in the nation for coronavirus spread. The state’s worsening numbers have prompted sharp questions over how Republican Gov. Doug Burgum, who is up for reelection next month, has handled the virus.

Even some supporters wish Burgum, a wealthy former Microsoft executive, would take a tougher line in terms of requiring masks and enforcing limits on social gatherings and business occupancies.

Gus Ereth, a 71-year-old retired railroad worker, thinks Burgum’s done a good job overall and is a lock for reelection — the governor has his vote — but would like to see him be more aggressive against the virus, even if it angers some conservatives. Ereth said a mask mandate would help.

“He’ll still be governor. And what’s it hurt?” Ereth said. “I know some guys don’t like it and think it’s a joke, but it’s for their own benefit.”

Burgum bucked the party establishment to win his first term in 2016, defeating the mainline GOP’s preferred candidate in a primary by pledging to run state government like a business. He’s clashed frequently with Republican legislative leaders since then over budget issues and his veto powers. This summer he spent more than $1.8 million of his own money in the state’s primary to help defeat a key Republican who had opposed one of Burgum’s top priorities — a proposed Theodore Roosevelt presidential library in western North Dakota.

When it comes to the virus, Burgum has used his weekly press briefings to give emotional, sometimes teary pleas supporting face coverings, while emphasizing a “light touch” by government. He renewed that theme last week as he raised the coronavirus risk level in several counties while declicing to issue any mandatory restrictions.

A mask mandate “is not a magic bullet to make this virus go away,” he said.

“I think it’s important to the future of our state that we do understand that there is something that is more powerful than an executive order, infinitely more powerful than a mandate. And these are the beliefs that individuals hold in their hearts: compassion, empathy, understanding and, dare I say, actually love,” Burgum said, choking up.

North Dakota is one of 16 states without a mask mandate. Its rate of nearly 1,000 daily new cases of the virus per 100,000 people over the past two weeks, according to Johns Hopkins data, ranks worst in the nation. The state’s number …read more