Dodgers strike early, hold on to force Game 7 in NLCS 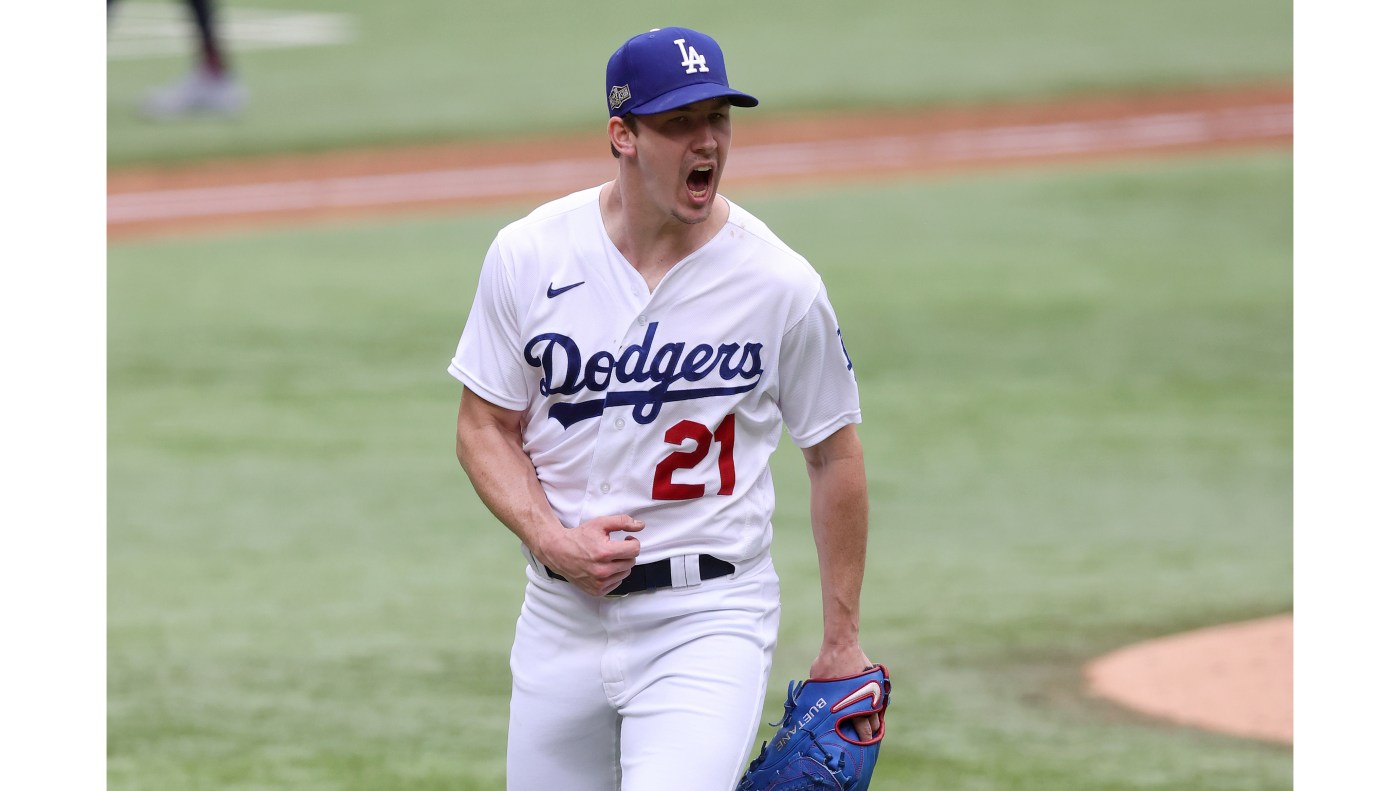 ARLINGTON, Texas — Apparently, it’s not over until they say it is.

Others said it was after the Dodgers lost the first two games of this National League Championship Series or when they were pushed to the brink of elimination after Game 4. But the Dodgers have forced this NLCS to the limit.

Corey Seager homered (again). Walker Buehler behaved like a big-game pitcher (again). Mookie Betts made the play of the day (yes, again) and the Dodgers white-knuckled their way through the final three innings to beat the Atlanta Braves, 3-1, in Game 6 on Saturday.

Put aside your fantasy football team for a day. The Dodgers and Braves will send rookie starting pitchers to the mound (Tony Gonsolin and Ian Anderson) for Game 7 on Sunday beginning at 5:15 p.m. PT with a trip to the World Series on the line.

The Dodgers’ hitters – particularly their lefties – were tamed by Max Fried’s ability to throw his breaking pitches for strikes in Game 1. Fifty of his 96 pitches in six innings that day were either curveballs or sliders. Thirty-two of them were strikes. The Dodgers swung at 18 of them, missed eight. Seven of those swings and misses were by Seager, Max Muncy or Cody Bellinger.

This time around, Fried’s first five breaking balls were fouled off, hammered for a 413-foot home run by Seager (his third in four at-bats), taken twice by Muncy as he worked a walk (for the seventh consecutive postseason game) and ripped into right field for an RBI single by Bellinger.

Justin Turner followed Seager’s latest longball with one of his own (on a sinker) and the Dodgers were off to a 3-0 head start following the first inning.

Fried was elusive the rest of the day. The Dodgers had eight hits and drew four walks in his 6-2/3 innings, but only one Dodgers runner advanced past first base after Bellinger’s RBI single. Ground balls by Seager and Justin Turner in the fourth couldn’t make anything of that.

Meanwhile, Buehler and Betts were extending themselves to keep the Braves off the scoreboard.

As a rookie in 2018, the Dodgers gave Buehler the ball in Game 3 of their Division Series against the Braves, looking to close the serious out in Atlanta.

In the bottom of the second, though, the Braves loaded the bases against Buehler who fell behind 3-and-1 to Ronald Acuña Jr.

Acuña crushed a grand slam and the Dodgers went on to lose, 6-5, closing the series out at home instead.

Nine postseason starts farther into his evolution as a big-game pitcher, Buehler looks back at that “failure” as an important part of his education.

He was faced with a similar situation Saturday at Globe Life Field.