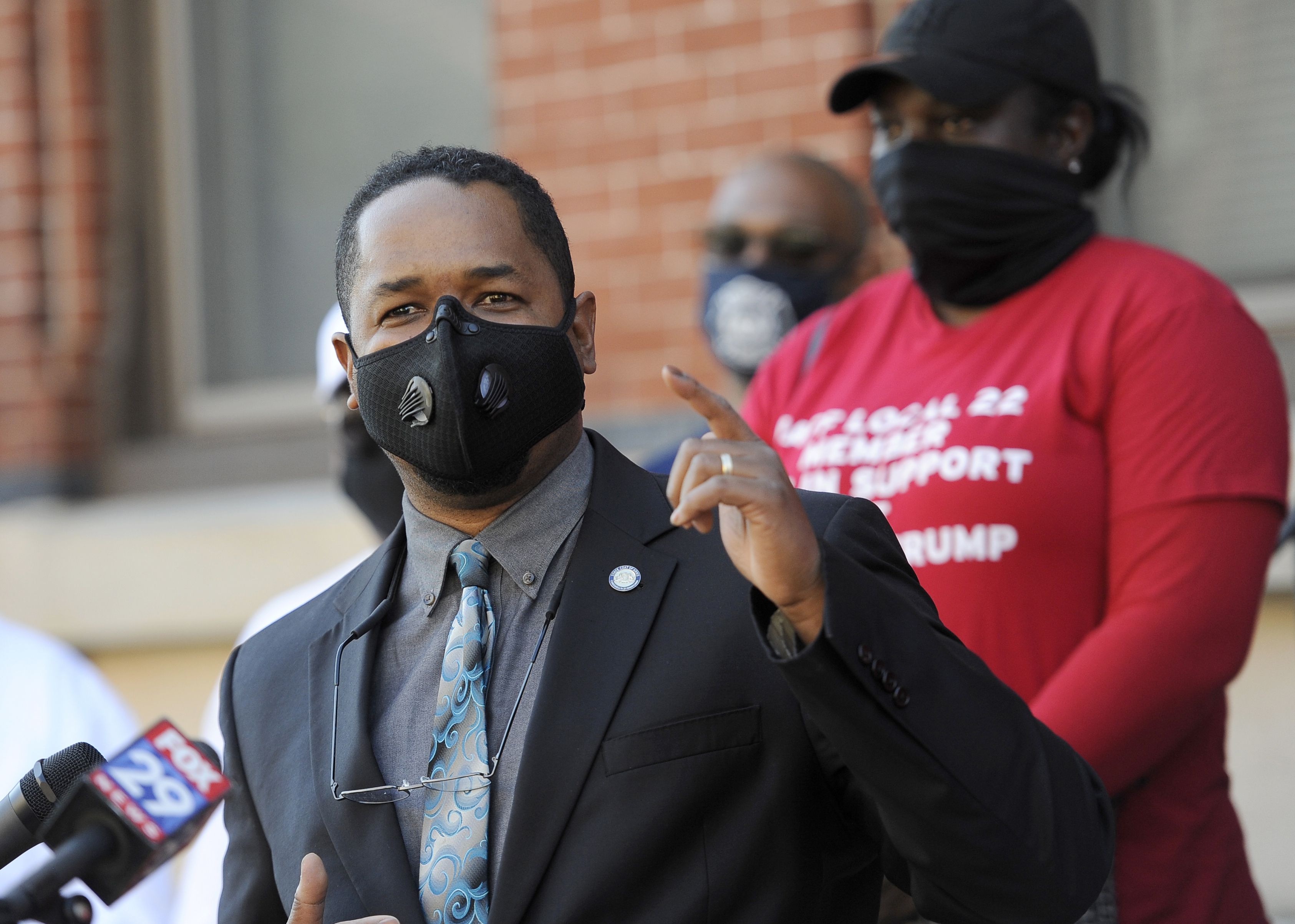 Police unions nationwide have largely supported President Donald Trump’s reelection, amid mass demonstrations over police brutality and accusations of systemic racism — but a number of Black law enforcement officers are speaking out against these endorsements, saying their concerns over entering the 2020 political fray were ignored.

Trump has touted his support from the law enforcement community, which includes endorsements from national, city and state officers’ unions — some of which publicly endorsed a political candidate for the first time. He’s running on what he calls a “law and order” platform and tapping into a strain of anger and frustration felt by law enforcement who believe they are being unfairly accused of racial discrimination.

There are more than 8,000 law enforcement agencies in the U.S., with large departments holding sway nationally. The number of minority officers in policing has more than doubled in the last three decades, but many departments still have a smaller percentage of Black and Hispanic officers compared to the percentage of the general population those communities make up.

Many fraternal Black police organizations were formed to advocate for equality within police departments but also to focus on how law enforcement affects the wider Black community. There have often been tensions between minority organizations and larger unions, like in August, when the National Association of Black Law Enforcement Officers issued a letter condemning use of deadly force, police misconduct and abuse in communities of color.

While support for the Republican incumbent does not strictly fall along racial lines, many Black officers say the endorsements for Trump don’t fairly represent all dues-paying members.

“We are members of these unions, and they don’t take into consideration our feelings about Donald J. Trump, then they don’t care about us and … they don’t care about our dues,” said Rochelle Bilal, the recent past president of the Guardian Civic League of Philadelphia, calling the National Fraternal Order of Police’s Trump endorsement an “outrage.”

Bilal, who was elected as Philadelphia’s first Black female sheriff last year, spoke at at an early October news conference with other Black law enforcement groups in Philadelphia to condemn Trump endorsements and the process they say ignored their concerns over what they perceived to be racist remarks, support for white supremacist groups and a lack of respect for women from Trump.

But national union leaders say the process is designed to give everyone a voice and the endorsement represents the majority of officers. The Fraternal Order of Police represents close to 350,000 officers nationally, but does not track racial demographics.

“I am a Black American and a Black law enforcement officer,” said Rob Pride, the National Fraternal Order of Police chair of trustees. “It’s been emotionally a rollercoaster ride for me since the George Floyd incident. It was horrific.”

Pride, who oversees the vote that leads to the organization’s presidential endorsement, says the May 25 police killing of Floyd in Minneapolis and the political climate “is tearing America apart” and having a similar effect on the FOP.