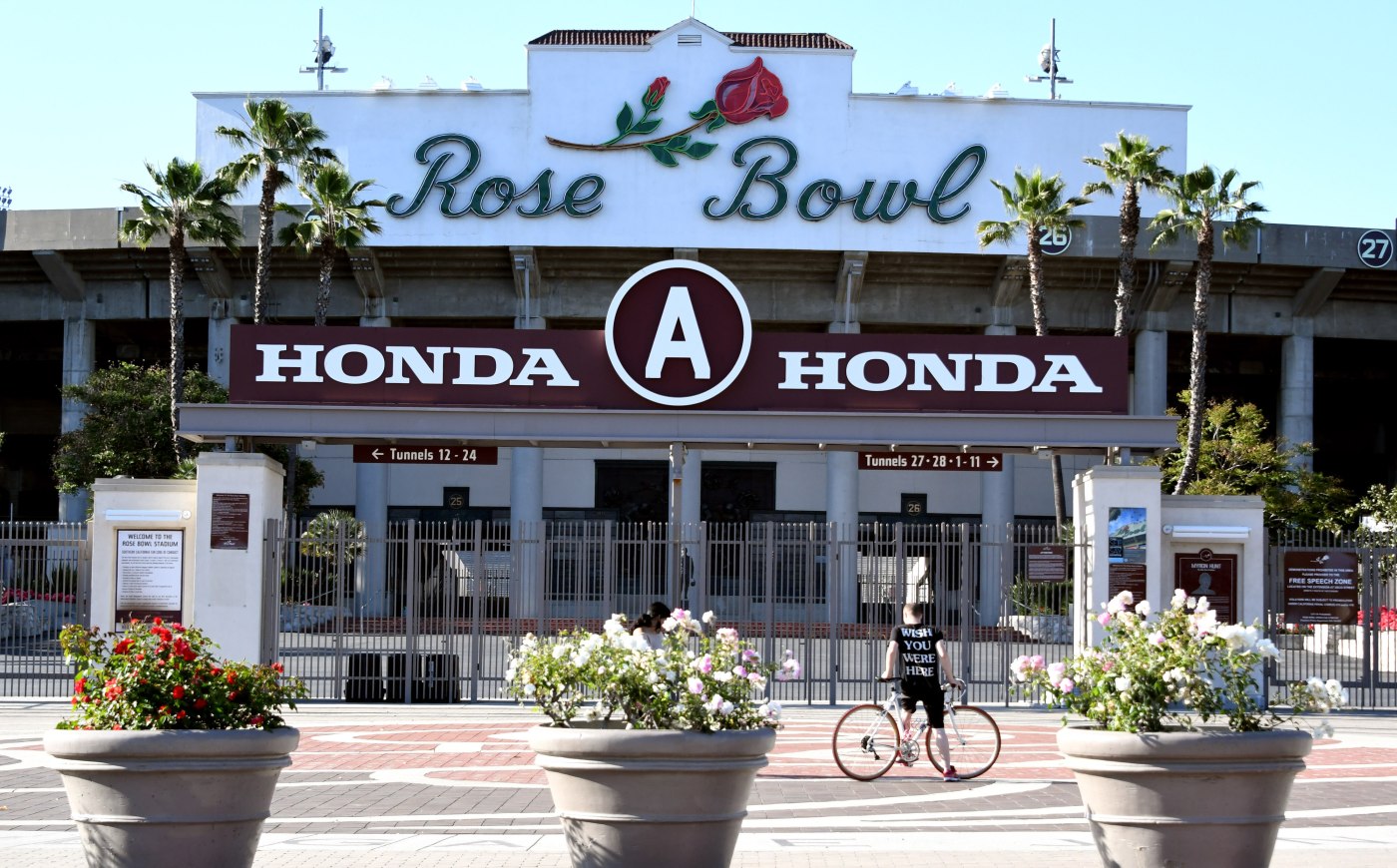 College football will be returning to the Rose Bowl this fall. But even still, it will do little for the historic stadium’s financial bottom line.

The city of Pasadena, which owns the Rose Bowl, will spend $11 million this year to cover the stadium’s debt service. In typical years, that service would be paid by the Rose Bowl operating company.

“This year we’re not able to for obvious reasons,” Rose Bowl CEO and general manager Darryl Dunn said. “So the city is prepared to pay the services this year.”

The reasons for the differences in 2020 are readily apparent: the COVID-19 pandemic and all the economic chaos it has wrought.

In a typical spring and summer, the Rose Bowl would have hosted concerts and other events to generate revenue. But with the spread of COVID-19 and social distancing rules, those events had to be canceled.

The Rose Bowl has been able to improvise. The stadium’s parking lot has been converted to a pop-up drive-in movie theater, and musician Thundercat and comedian Hannibal Buress will give a socially distant performance in the parking lot Oct. 24.

There is also the adjoining golf course, which Dunn says has done its best business in 13 to 14 years. But that can only have so much impact on the bottom line.

“We are doing a lot of smaller events,” Dunn said. “But clearly we’ve been devastated financially.”

“The City forecasted the concerns surrounding the fiscal impact related to the pandemic and although it’s significant, it’s being planned for accordingly,” a spokesperson for the city of Pasadena said in a statement. “Citywide, the lack of events or no fans at stadium events hit the hospitality industry hard as well as local markets who typically generate significant income by tailgaters shopping, ride share services utilized, vendors specializing in traffic and security management and restaurants people frequent to watch the games.”

And though football is returning as UCLA prepares to host teams at the Rose Bowl, it won’t be a huge boon for the stadium.

The Pac-12 will not allow fans at events this year, so the Bruins and their opponents will be playing in front of empty bleachers. This hurts the Rose Bowl, as much of its revenue from its partnership with UCLA comes from ticket sales, parking and concessions.

“There’s sponsorship revenue, signage and other things, but beyond that most of the other revenue is fan dependent,” Dunn said.

UCLA athletics will still be outfitted by Under Armour despite lawsuit