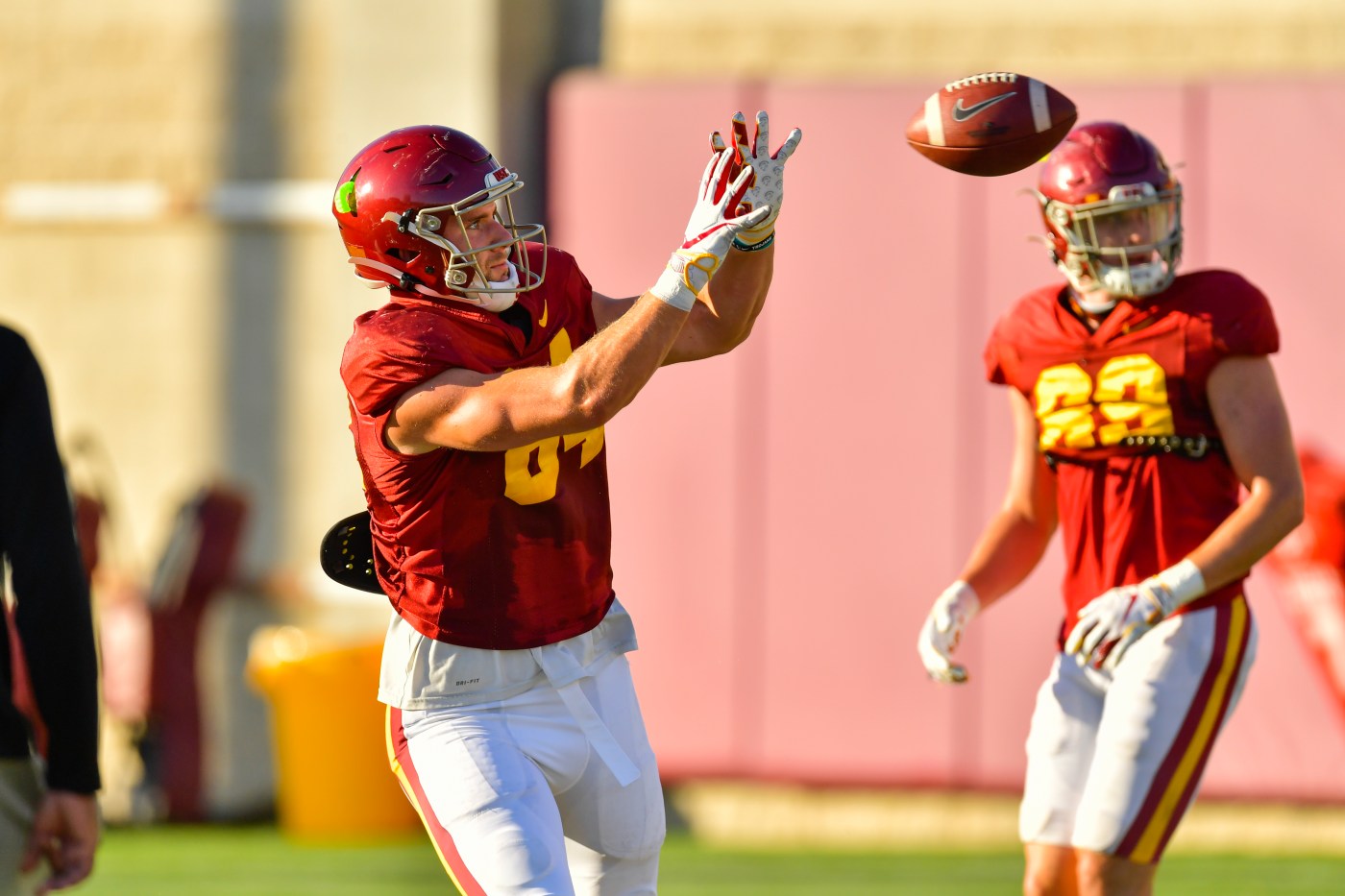 LOS ANGELES — No USC athletes tested positive for the coronavirus among 1,327 tests since the last report, the sixth consecutive week with no positive tests, the university announced Saturday.

Since testing began in mid-June, there have been 18 positive tests among the 2,662 conducted on returning athletes who are participating in on-campus workouts in football, men’s water polo, women’s soccer, women’s volleyball and men’s and women’s basketball.

The percentage of positive tests is 0.68%.

All athletes who tested positive were put in isolation.

USC will continue to closely monitor and conduct regular testing of all athletes returning to workouts, the university said.

Todd Orlando will finally see his USC defense in action

USC must find the right formula for the offensive line