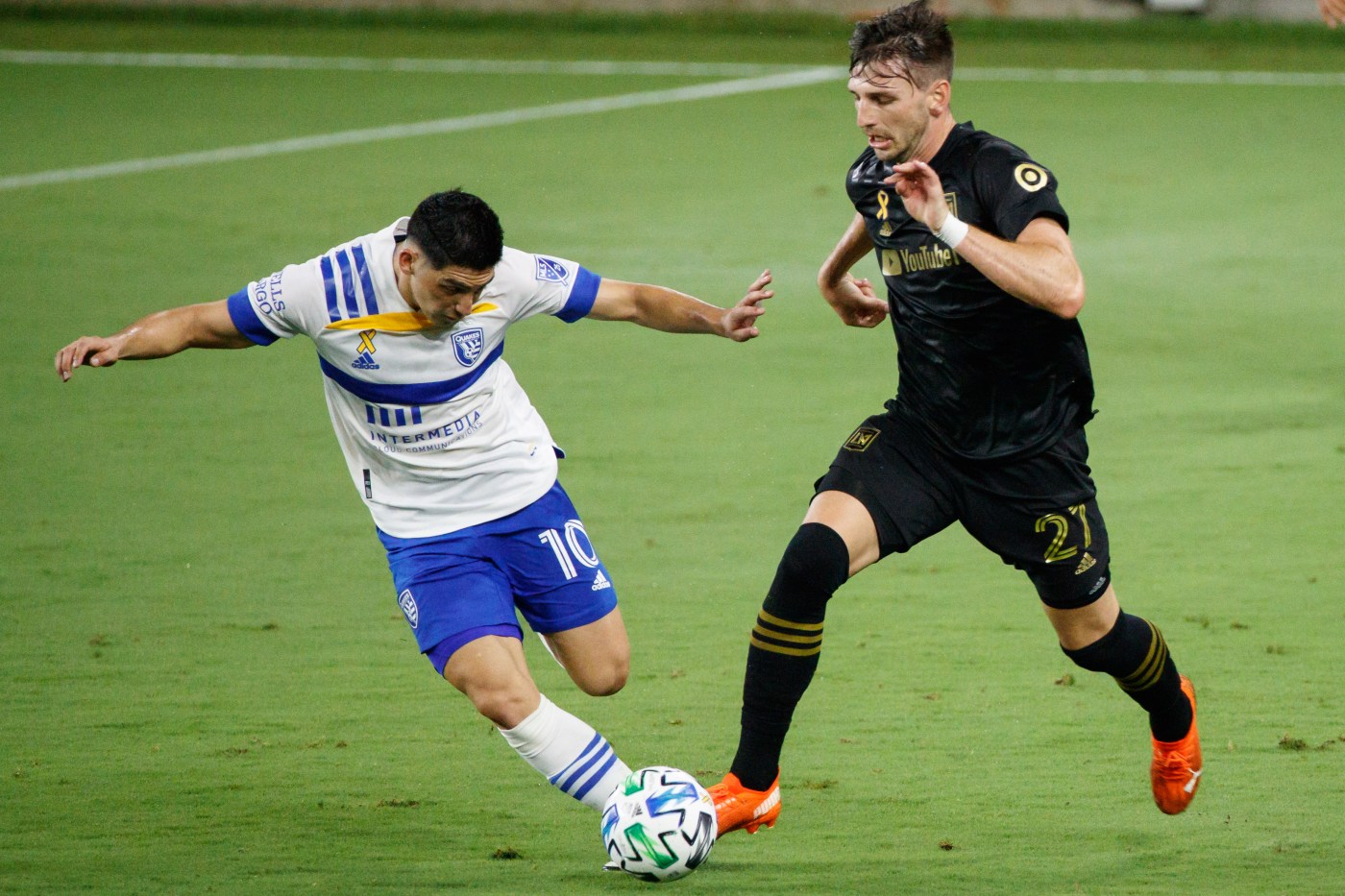 International call-ups and injuries have tested the depth of the Los Angeles Football Club’s roster.

Torres and Duenas, along with Tony Leone, 16, were signed as the club’s first Homegrown players, having progressed through the club’s Academy system.

“With all our young players, establishing good habits, teaching them what it means to be a professional, those are all important things,” Bradley said. “Video, looking at training situations. And it is all made a little better when guys get a chance to play in games because when you set down with them, the (video) clips that you pick from games are the most useful tool and there are things for both of them (Duenas and Torres) that we are excited about and there’s always small details … always trying to see if we can build a foundation correctly for young players so that they can have a chance to develop and become important parts of our team.”

Along with his first start, Torres has made five appearances for LAFC (7-7-3, 24 points), heading into Sunday night’s game on the road against the Portland Timbers (7 p.m., Ch. 62, YouTube TV).

“With the help of the players and the coaches, they’ve helped me recognize the aspects of my game that I can improve on,” said Torres, who is from Fontana. “My development as a player has improved greatly and I only plan to keep improving.”

Torres played the second half of last Sunday’s 3-1 win over Seattle and followed that with the first 45 minutes in the 2-1 loss to Vancouver, becoming the first LAFC Academy product to start an MLS game.

Torres credited Mohammed El-Munir, Jordan Harvey and Eduard Atuesta as players who have helped him get comfortable this season.

“They’ve helped make sure I’m making the right decisions, but also make sure I’m comfortable with myself on the pitch,” Torres said. “They want the best for me and I’m listening to the advice they give me so I can do my best on the pitch.”

Torres joined the academy as a 14-year-old. In two years with the academy, he scored 30 goals in 44 games.

“Those first two trainings with the team, it was definitely a new experience,” Torres said. “You had to adjust to learning new things and it was kind of like going to school. You wake up at 7 o’clock, you …read more