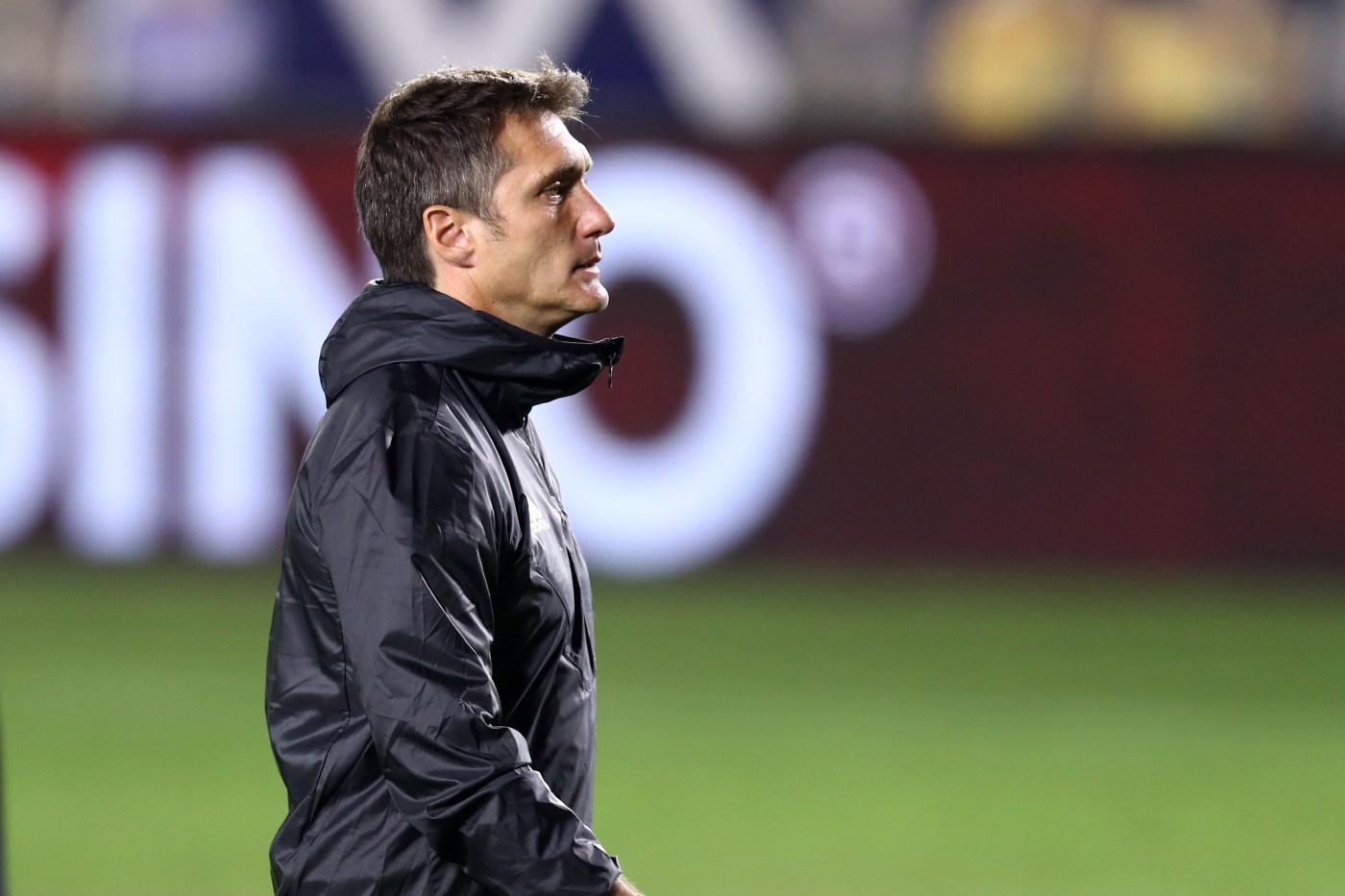 Once the supporters pen a letter to the front office and former players voice their frustrations via social media, that’s a good sign of what kind of season a team is having.

Things haven’t been going well for the Galaxy for a month and earlier this week, after another lackluster performance ending in a 4-0 defeat to the San Jose Earthquakes, the Victoria Block, the unified group of supporters from the Angel City Brigade, Galaxians and Galaxy Outlawz, had seen enough.

The only question is: What took them so long?

Wednesday’s loss was the sixth consecutive for the Galaxy, dropping the club six points behind the eighth and final playoff spot in the Western Conference. This is the team’s first six-game losing streak since 2007, when the Galaxy lost seven in a row.

Here are some excerpts from the letter that was addressed to president Chris Klein, general manager Dennis te Kloese, coach Guillermo Barros Schelotto and AEG president and CEO Dan Beckerman:

“While we as supporters understand that the team, staff and organization is functioning and carrying out their duties during this pandemic and conditions around the game are quite extreme, this is unacceptable. The product on the field is not reflective of this organization. Every other team in the league is dealing with the same, if not worse, circumstances and their gameplay is miles ahead of the product you are pushing out there week in and week out. …

“We have patiently waited for this team to show us what they are made of, that they can gel together and play at the caliber the LA Galaxy has always played at, but the process has not equated to anything near what this fanbase deserves. …

“Someone needs to be accountable for the poor product on the field. It’s not good enough. You have failed to build a culture in the locker room. A culture of fighting until the final whistle of wanting to win every single game.”

After a 3-0 win over LAFC on Sept. 6, the Galaxy sat in fourth place in the Western Conference. Since then, the Galaxy has surrendered 19 goals and scored just five during the six-game losing streak.

Including Sunday night, there are six games remaining, with potentially a seventh coming against Colorado, if it is rescheduled.