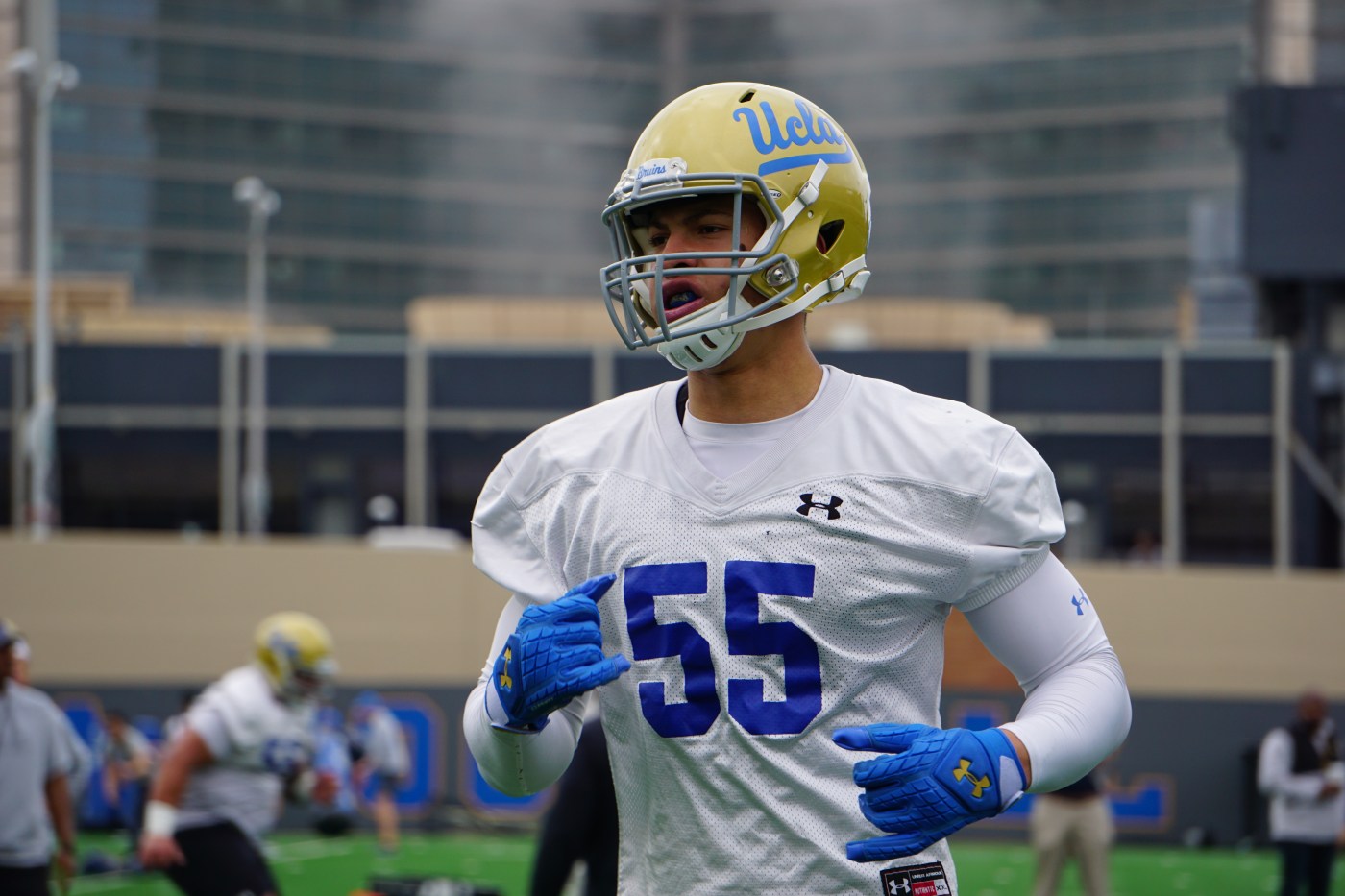 Through the first week of UCLA football camp in preparation for its season opener on Nov. 9 at Colorado, Bruins coach Chip Kelly said that nobody on the team or staff has tested positive for coronavirus, but he did confirm on Friday that senior defensive end Steven Mason is in quarantine after being exposed to someone who has tested positive.

Kelly didn’t say how long Mason would be in quarantine, and also said the person Mason was exposed to was not a member of the team.

“We had a couple other kids (in quarantine) during the summer (for the same reasons),” Kelly said. “It’s safety precautions of how to handle it if someone has exposure to someone that has been exposed. It’s part of the contact tracing part of it.”

During camp, a lot of players have talked about the importance of protecting their ‘ecosystem’ when it comes to the coronavirus, which Kelly and his staff have drilled into the players’ minds.

“Our players have done a really good job in protecting their ecosystems,” Kelly said. “If they want to play on Nov. 7, then we have to make sure we keep COVID out of them individually, but also the team collectively. You can see what’s going on throughout the country, this disease doesn’t discriminate, this disease is real and you can’t let your guard down.”

Kelly noted that players are reminded constantly that what they do individually, impacts the group, and that’s why protecting their ecosystem has become such a common phrase.

“Don’t put yourself in situations where you’re exposed to people when you don’t have to be,” Kelly said. “You’re trying to create a small bubble for yourself. It’s not like the NBA bubble where nobody is allowed on your campus. There are going to be (situations) where people have been infected and you may come in contact with them, so you have to be really conscious of what you’re doing and how you’re handling things.

“You can do a good job, but it’s not one of those things where you should be patting yourself on the back. I can come in tomorrow morning and find out we have 10 kids that got infected. It happens throughout the country. There are so many examples of sports  teams that look like everything is moving along great and you hear someone say we haven’t had a case in a certain amount of days and the next day they have 10. So, we have our fingers crossed.”

In terms of the first week of camp, Kelly compared it more to practicing during the season than a real summer camp.

“We haven’t rushed through things, but it’s not a real training camp because we’re in school,” Kelly said. “In a traditional training camp for everybody you’re not in school and have more hours (to practice) by the NCAA.

“We’re limited to 20 hours a week because we’re in classes right now, so our schedule is a little bit different. That’s because of the 20-hour rule instead of being in preseason camp, that’s …read more