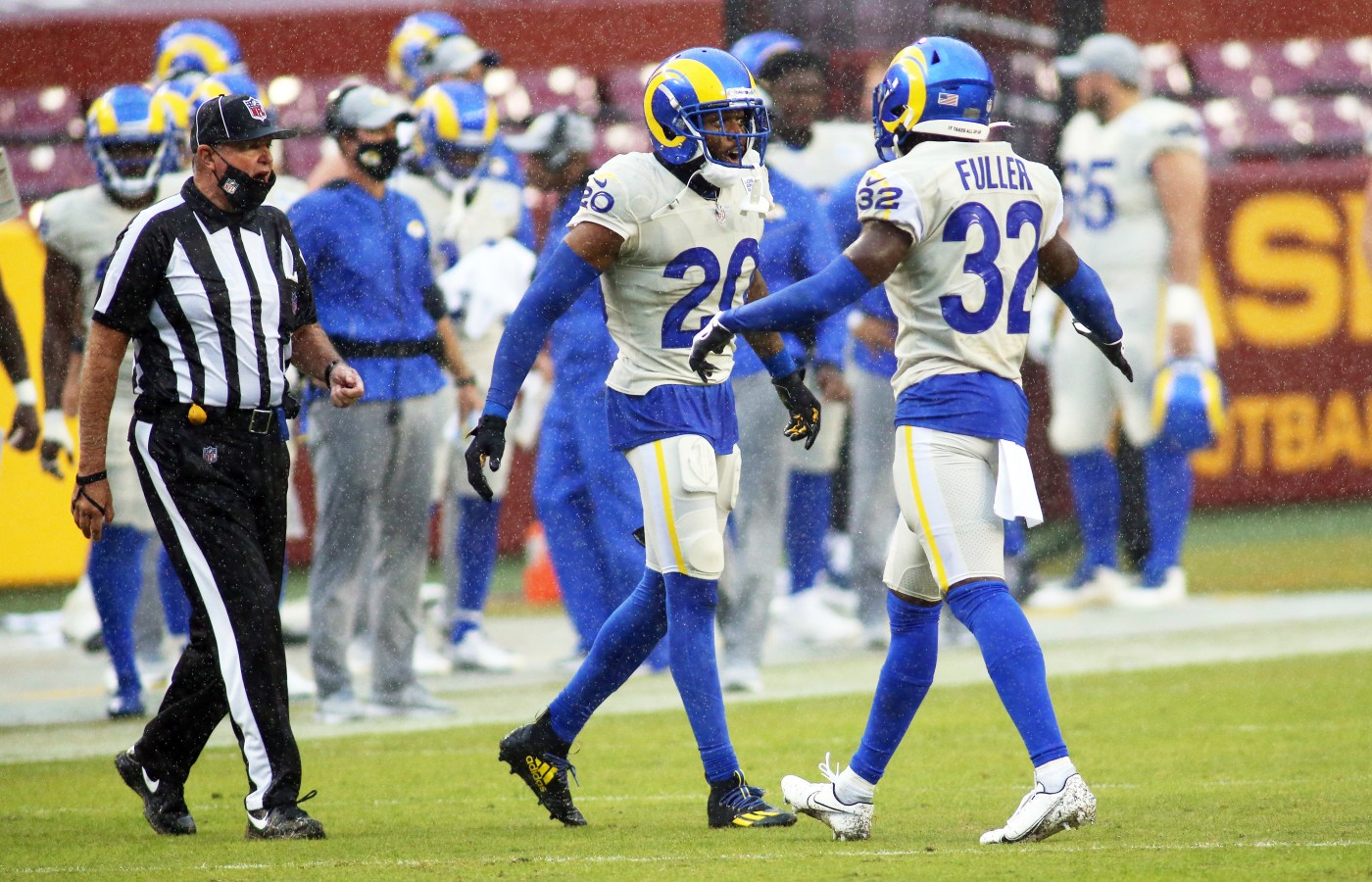 THOUSAND OAKS — Now we know another reason why Jalen Ramsey’s contract extension, the biggest ever for an NFL cornerback, looked like such a good deal to the Rams.

They weren’t only locking up a lockdown cornerback for five years. They were securing the services of a slot corner, safety and linebacker as well. Ramsey is a one-man package deal.

His ability to play more than the cornerback position, where he made his name as an All-American at Florida State and an All-Rookie selection with the Jacksonville Jaguars, has been integral to first-year Rams defensive coordinator Brandon Staley’s scheme of many moving parts.

Staley doesn’t shortchange the $105 million player when he compares Ramsey to another L.A. star.

“I see him like a LeBron James is used in the basketball court, where he’s a positionless player,” Staley said this week as the Rams (4-1) prepared to open NFC West play with a road game against the San Francisco 49ers (2-3) on Sunday night.

“We’re going to put him where we feel like it’s best, and fortunately he’s got skill set to be able to move him around some.”

Fittingly, the Rams coach call this the “star position.”

Oddly, Staley first used it to make full use of a player few will have heard of, Javan Dawson of John Carroll University when Staley was coaching at that Division III college in Ohio.

“When I was fortunate to get this opportunity and knew that Jalen was going to be a part of it, I felt like his skills really are uniquely suited for that position.”

As with lining up Aaron Donald at different spots along the defensive line, one intent is to keep offenses guessing and create more chances for the Rams’ best defenders to make plays.

In the case of Ramsey, whose pass coverage discourages quarterbacks from throwing in his direction, the change hasn’t yet translated directly into busier stat lines. The numbers of passes thrown his way this season, 4.8 per game and 7.3% of plays, are below his five-year career averages, 6.1 per game and 8%. He also has made fewer tackles per play this year than over his career, although he was close to recording his first NFL sack in each of the past two games.

But by holding quarterbacks to completions on 54.2% of passes thrown to receivers he’s covering — better than his 60% career average — Ramsey leaves no doubt he’s the star among several players the Rams have been training at the star position in 2020.

“I’m sure this is something different for him, too,” said Hill, who has been moving around, as have David Long and Terrell Burgess. “It’s exciting to see his growth and development too at the nickel (slot cornerback) position.”

Ramsey declined to have his usual weekly video conference with reporters on Friday.

The week before, he said he’s “having …read more