Lakers keep their guard up, taking upset-minded Nuggets with caution 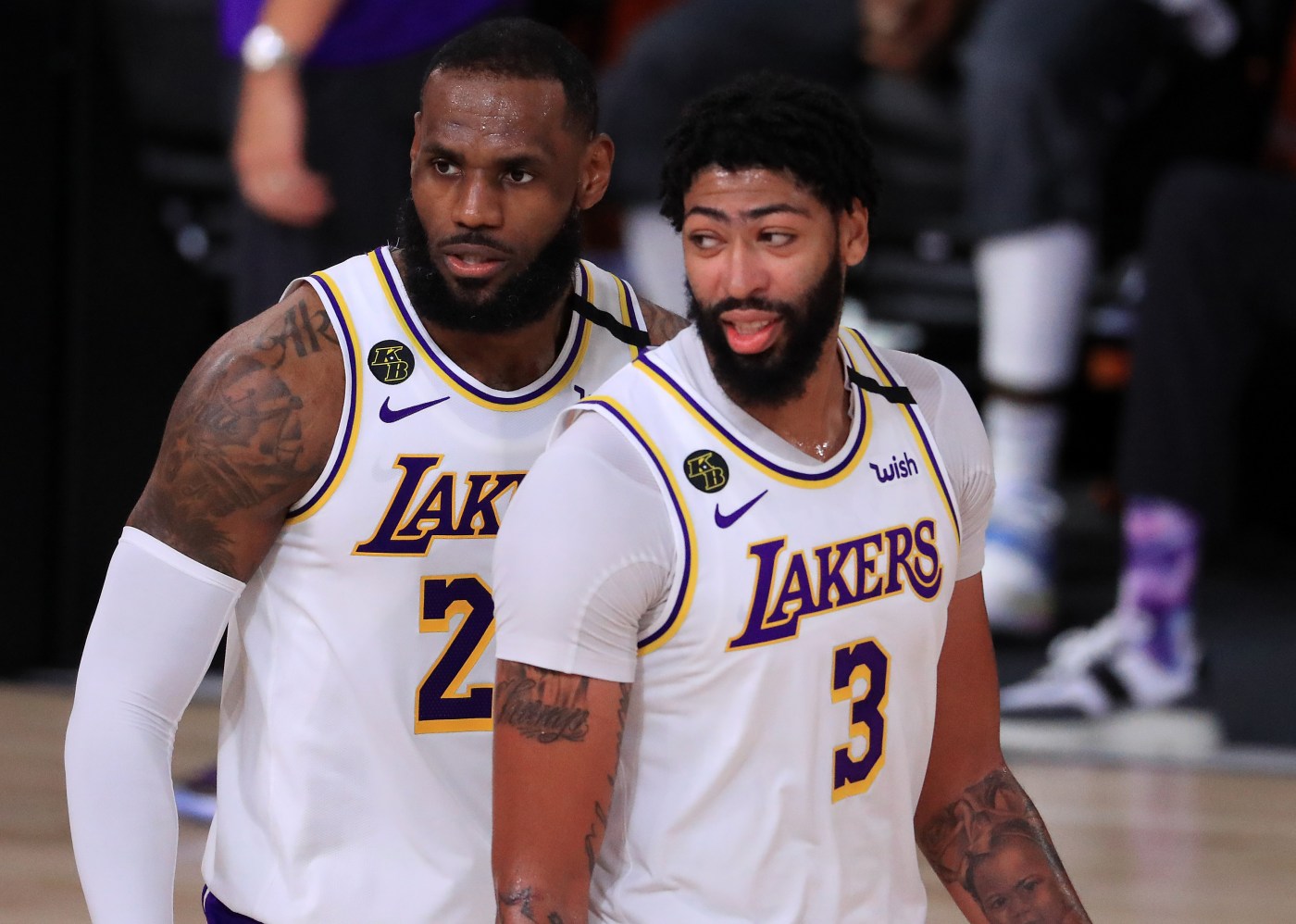 LAKE BUENA VISTA, Fla. — On the day the All-NBA teams were released, it was striking how few are left in the bubble.

On the All-NBA first team, the elite of the elite, only two remain: LeBron James, a unanimous selection, and his teammate Anthony Davis. They’re facing the sole survivor on the second team, Nikola Jokic, on Friday.

In fact, the Lakers have a dramatic experience advantage over the three other remaining teams in the field. They have six players who have won titles, including James who is the all-time leader in playoff minutes. Only the Miami Heat have other players who have won a championship: Andre Iguodala, who was a foundational member of the Golden State Warriors, and Udonis Haslem, who won two of his rings with James.

The surprising dissolution of the Clippers’ campaign would seemingly give the Lakers the nod as the title favorite. But Coach Frank Vogel, cautious as ever entering the Western Conference Finals, said he and the Lakers don’t see things that way.

“My sense is our guys, and I know our coaching staff feels this way, believe that any one of these three teams remaining can beat us, and the Denver Nuggets are a terrific basketball team,” he said. “So are the Boston Celtics, so are the Miami Heat. So while we have players that have been there, we’ve not been there as a group yet. So we’re still super hungry to get the job done, recognizing and respecting the opponents that are still remaining.”

The Nuggets have already proven it’s a mistake to doubt them. In NBA history, there’s only been 13 instances when a team has come back from a 3-1 lead: 12 and 13 have been this Denver squad, which became the first NBA team to come back twice in a season.

Much of the NBA was surprised when the Clippers, one of the longtime title favorites, were vanquished on Tuesday in a Game 7 blowout. While the Lakers had begun preparing more for the Clippers than the Nuggets when Denver was one game from elimination, they corrected the balance as the series went on.

Kyle Kuzma said if anything, the improbability of Denver’s storm back to win their second round series left the Lakers impressed.

“They just have a lot of fight,” he said. “They don’t really quit. They always try to play to win no matter if they’re down 19, which they were in Game 5 and 6, still coming back and winning. So it kind of just tells you the story of what kind of heart that team has.”

The team’s two stars have propelled them this far. Jamal Murray is the latest knockdown scorer the Lakers will try to quiet, averaging …read more