Hoornstra: ‘What even are positions anyway?’ The answer is complicated 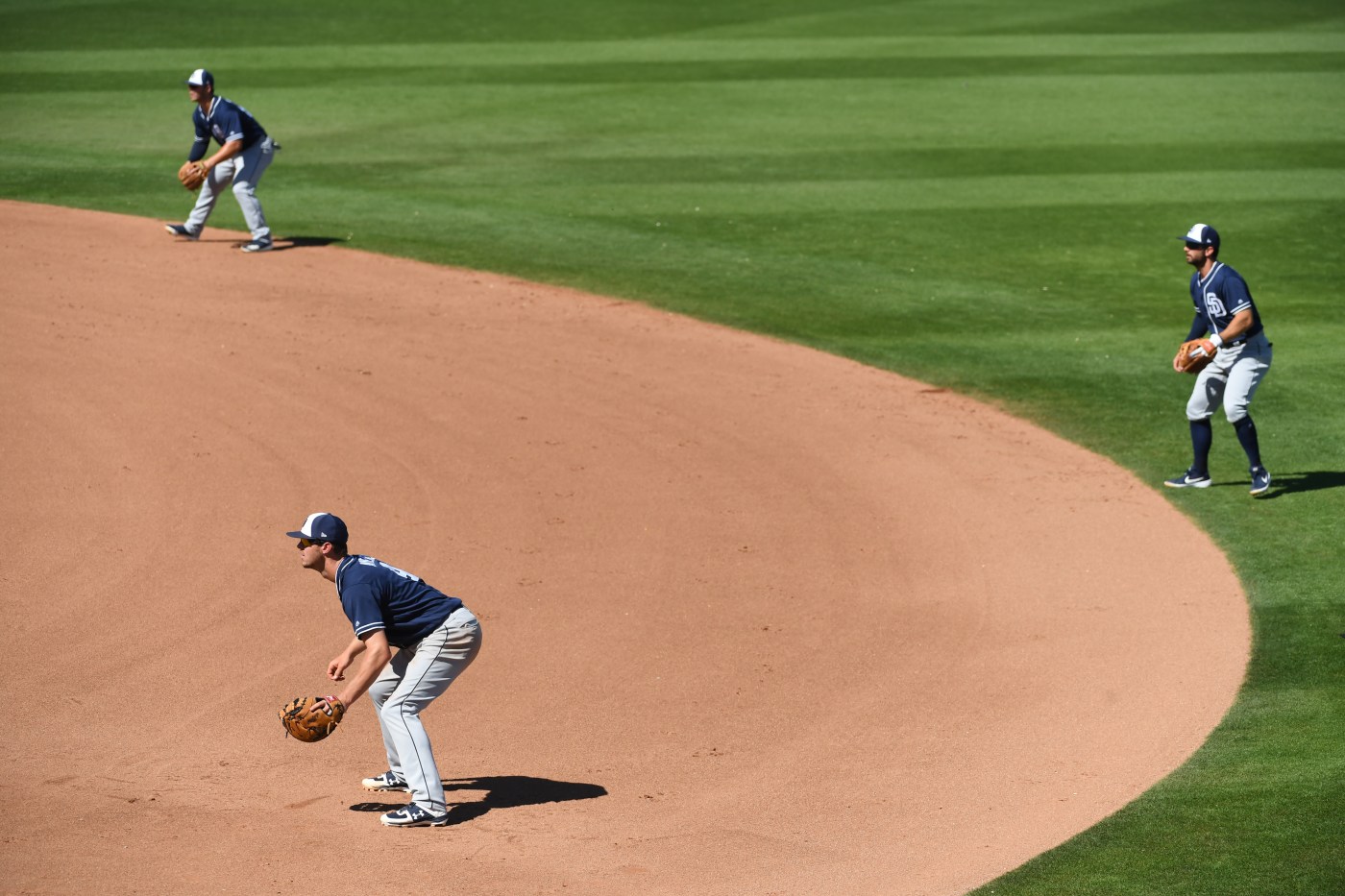 The Dodgers and Padres played a stirring three-game series this week. First place in the National League West hung in the balance. On Tuesday, Fernando Tatís Jr. hit a screaming line drive up the middle to begin the sixth inning at Petco Park. Rather than giving the Padres a runner on base, Tatís gave Dodgers second baseman Chris Taylor a sheepish grin. Taylor was positioned perfectly to catch the ball on the fly.

It was just another moment at the vanguard of a league-wide trend the Dodgers are helping to advance. Their infielders buttress the “traditional” defensive positions just 34.5% of the time, according to Statcast. Taylor couldn’t have been shifting Tatís any further to his right without invading the shortstop side of second base.

It isn’t just the Dodgers. Nine other teams – the Pirates, Tigers, Royals, Reds, Diamondbacks, Giants, Brewers, Angels and Astros – were playing their infielders in a traditional alignment fewer than half the time through Tuesday. In other words, more often than not, one-third of the league is using some kind of infield shift.

This isn’t a new trend. When I spoke to Mike Scioscia about infield shifts for a story six years ago, he told me the Angels had already been using batted-ball data to re-position their infielders for more than a decade. Where it starts to look new – really new – is when you look at the sophistication of the underlying data, and the degree to which teams are using it – or not using it – to move their infielders into strange and exciting places.

Take the Padres and Dodgers. San Diego was using a traditional infield alignment 70.8% of the time through Tuesday. It’s such a stark contrast that, if they were playing basketball, you might think of the Padres as using a zone defense and the Dodgers playing man-to-man. Baseball’s largest outlier is the Atlanta Braves, who stick with a traditional alignment 84.1% of the time.

Let’s pause here and consider just how weird that is. The Information Age birthed a tendency to homogenize every aspect of sports at the professional level. Hitting coaches now know the “optimal swing path” looks more or less the same for every batter, which tends to reduce the number of ways a major-league swing can look to the untrained eye. To optimize a pitcher’s mechanics for power, there are only so many ways to throw the baseball. If you need proof of concept, go watch the first inning of the 1962 All-Star Game on YouTube.

This phenomenon isn’t a baseball thing. It’s a data thing. In 2000-01, the Boston Celtics attempted 20 3-pointers per game. This season, the Indiana Pacers attempted 28 3-pointers per game. The 2000-01 Celtics ranked first; the 2019-20 Pacers ranked last. When data forces strategy and style to evolve, players and teams tend to drift in one easily identifiable direction en masse.

This is not true of how major-league baseball teams position their infielders.

Any data from the 2020 regular season requires a …read more