Fire crews can’t say if some landmark sites have survived Bobcat fire; here’s what they know so far 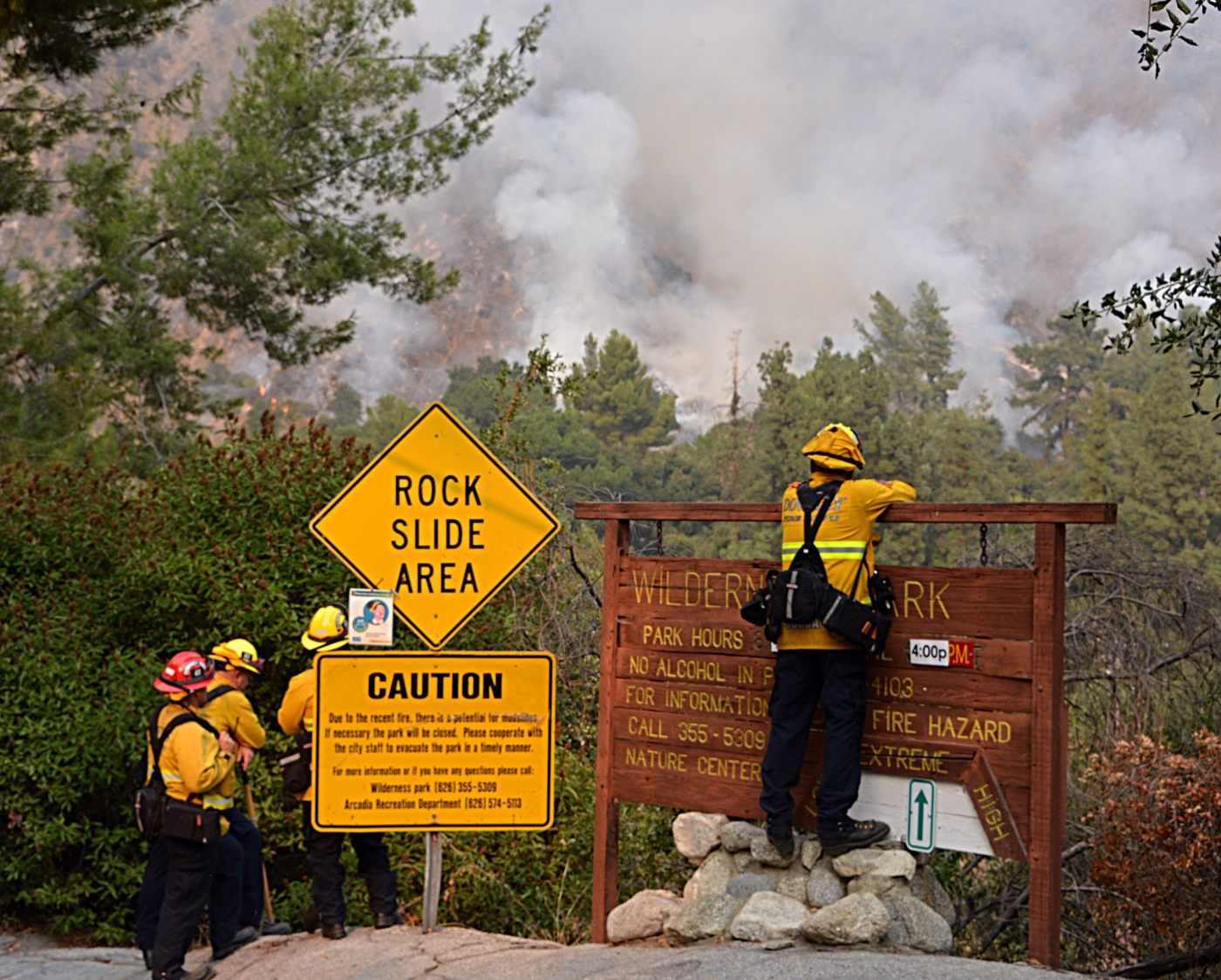 Related: Map of the where the Bobcat fire is burning

Here’s what they know for sure, as of Wednesday, Sept. 16:

It was another long night for fire crews stationed atop Mt. Wilson, where they have so far successfully defended the priceless, historic telescopes atop the mountain, officials said.

Crews were still buffeted by flames on Wednesday on at least two sides when reporters were taken up to the summit, but firefighters kept the blaze at bay.

They continued to cut containment lines and planned to do more controlled burns to get rid of fuel before the fire got any closer to the peak.

Visibility was poor on Wednesday afternoon, but officials on the scene hoped the smoke would clear somewhat to bring in more air support when needed.

“It’s going to be tough, but it would be ideal,” Los Angeles County Battallion Chief Stan Brewer said in an interview Wednesday, standing on top of a lookout point on Mount Wilson.

The Trask Scout Reservation was saved by fire crews who have worked tirelessly for days now, Monrovia firefighter Jeremy Phipps said in an interview Wednesday.

This is a video Monrovia Fire and Rescue took as they successfully defended the Trask Scout Reservation in Monrovia Canyon Park. @monrovia_fire #bobcatfire pic.twitter.com/C6nYL5fBtg

Crews were stationed before the fire descended on the vacant Boy Scout camp days ago, he said.

“Luckily, the way the fire was burning, it wasn’t a wind-driven fire, it was terrain-driven,” which meant it moved much slower, Phipps said.

Crews were able to coat the ground immediately surrounding the camp in fire retardant, keeping the fire at bay with water lines.

Firefighters were still stationed there on Wednesday, though the major danger had passed.

Monrovia’s Canyon Park Nature Center was saved in a similar fashion, Phipps said. The fire got close, but crews were able to keep the flames at bay.

“We were really lucky we didn’t have the winds,” Phipps said.

The Canyon Park trail — a major hiking destination with a trailhead next to the Nature Center — has likely been damaged, Phipps said, but the city’s Parks Department will still need to go in there to do damage assessment.

“We were able to keep it away from the cabin” near the hike, Phipps said, “but the trail system above it did get quite a lot of fire.”

Right now, only fire crews are allowed back there, Phipps said. The narrow, winding roads are simply too dangerous and fire crews can’t risk having nonessential personnel getting stuck out there.

As the fire chewed through decades of growth, whether it’s small bushes or large trees, it’s …read more