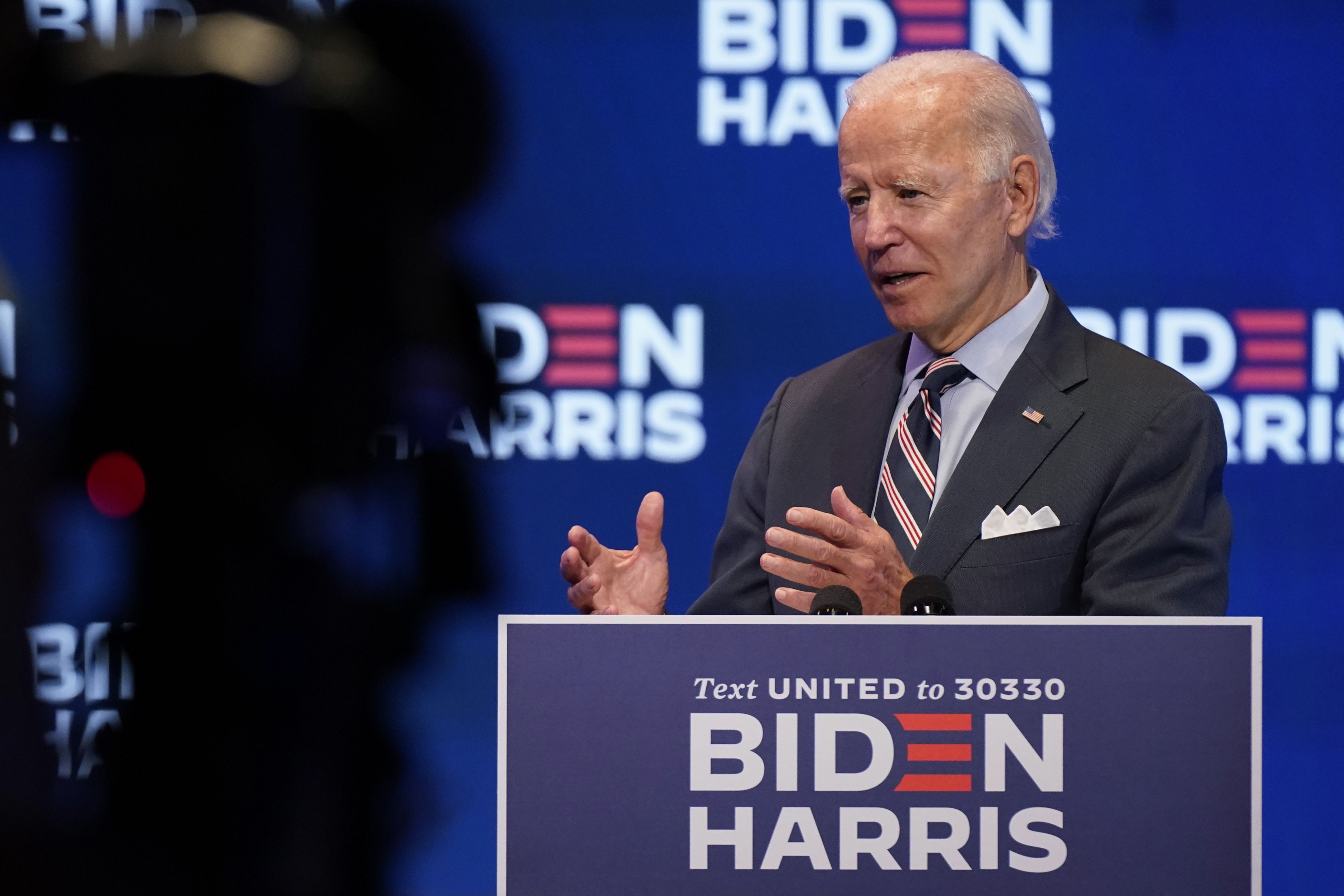 Joe Biden is set to join Senate Democrats for an online lunch, returning virtually to the place that fostered his political career as he fields questions from allies on the race for the White House and the down-ballot effort to wrest the Senate’s majority control from Republicans.

The event Thursday will be a homecoming, of sorts, for the former U.S. senator now the party’s presidential nominee. Yet it takes place at a grave moment with the COVID-19 crisis and economic distress ahead of an election like no other. While a welcome former colleague, Biden will likely face tough questions about his strategy to defeat President Donald Trump.

Biden is on offense this week over the president’s handling of the coronavirus crisis. He will travel later in the day to Scranton, Pennsylvania, his boyhood hometown, for a CNN town hall after Trump’s own town hall earlier this week on ABC. The nearly back-to-back forums have been considered tuneups ahead of three presidential debates, the first scheduled for Sept. 29.

Late Wednesday, Biden seized on Trump openly contradicting the nation’s top health officials to claim a vaccine would be ready as early as next month, just before the election. “When I said I trust vaccines, and I trust the scientists, but I don’t trust Donald Trump — this is what I meant,” Biden tweeted.

Typically the lawmakers in Congress welcome the party leaders to Capitol Hill and the weekly closed-door Senate lunches are a long tradition. Trump occasionally stops by to meet with GOP senators, and Biden, as vice president, similarly joined his party for the private caucus lunches on the Hill.

But the COVID crisis has scrambled those norms, much the way they’ve upended campaign season. While Republicans still lunch in person, Democrats have shifted their meetings almost exclusively online.

A person familiar with Biden’s plans said the call with the Democratic senators will focus on the fall campaign and voter turnout efforts intended to benefit both his presidential campaign, Senate Democrats and other candidates. Biden has taken questions in similar meetings previously, and is likely to do so Thursday. The person wasn’t authorized to discuss details publicly and requested anonymity.

Biden’s campaign team has come under scrutiny in recent days over its outreach efforts, particularly for what some see as short shrift with Latino voters. At the same time, Democrats have mixed views over the party’s get-out-the-vote effort that largely foregoes traditional door knocking to avoid health risks during the pandemic, instead relying on virtual outreach.

Concerns run high among senators over Russian election interference, stalled funding to shore up state election systems and Trump’s attempts to starve the U.S. Postal Service of needed funds just as many Americans will be mailing in their ballots to avoid crowds at polling stations during the virus crisis.

Yet looking ahead, senators are also eager to discuss a potential Biden White House — what the transition and presidency might look like, especially if Democrats control the …read more