Barr takes aim at prosecutors inside his own Justice Dept. 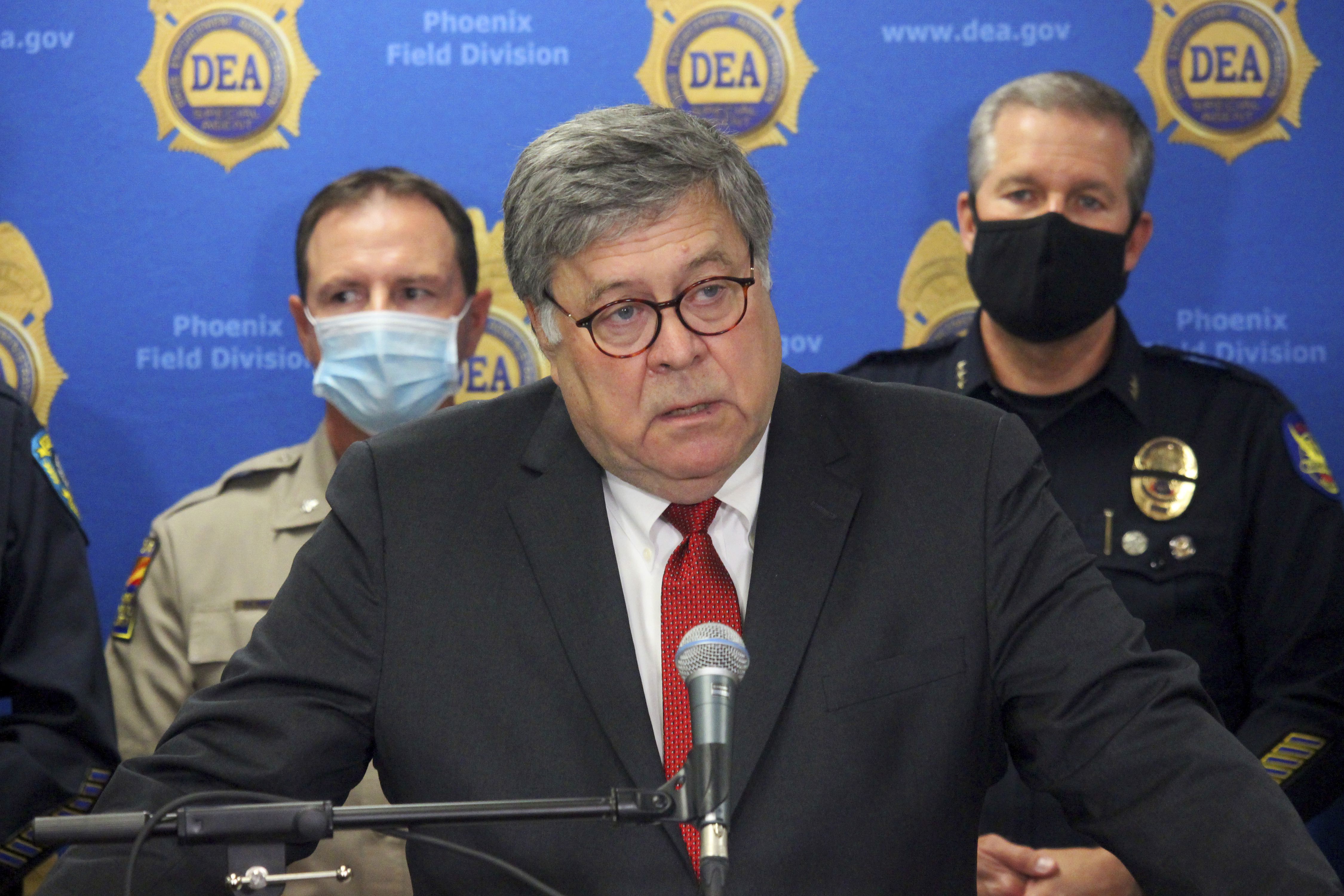 Attorney General William Barr took aim at his own Justice Department on Wednesday night, criticizing prosecutors for behaving as “headhunters” in their pursuit of prominent targets and politically charged cases.

The comments at a speech at Hillsdale College in Michigan amounted to a striking, and unusual, rebuke of the thousands of prosecutors who do the daily work of assembling criminal cases across the country.

Rejecting the idea that prosecutors should have final say in cases that they bring, Barr described them instead part of the “permanent bureaucracy” and said they were in need of supervision from “detached,” politically appointed leaders who are accountable to the president and Congress.

“Individual prosecutors can sometimes become headhunters, consumed with taking down their target,” Barr said. “Subjecting their decisions to review by detached supervisors ensures the involvement of dispassionate decision-makers in the process.”

Barr’s comments appeared to be a thinly veiled reference to the fracas that arose ahead of the February sentencing of Roger Stone, a confidant of President Donald Trump. In that case, Barr overruled the sentencing recommendation of the trial team in favor of a lighter punishment. The move prompted the entire trial team to quit before Stone’s sentencing hearing.

Barr was accused of undue intervention on behalf of an associate of the president, but in his speech Wednesday night, he bristled at the idea that it was even possible for an attorney general to be accused of meddling in the affairs of a department that he leads.

“Name one successful organization where the lowest level employees’ decisions are deemed sacrosanct. There aren’t any,” Barr said.

He added: “Letting the most junior members set the agenda might be a good philosophy for a Montessori preschool, but it’s no way to run a federal agency. Good leaders at the Justice Department — as at any organization — need to trust and support their subordinates. But that does not mean blindly deferring to whatever those subordinates want to do.”

He also took a veiled swipe at one of the senior members of special counsel Robert Mueller’s Russia investigation team, suggesting that one of the reasons why the Trump administration was more successful than the Obama administration before the Supreme Court was because the latter had a member of the Mueller team writing briefs. That appeared to be a reference to Michael Dreeben, a highly respected lawyer who argued dozens of cases before the Supreme Court for Democratic and Republican administrations before his retirement from the solicitor general’s office.