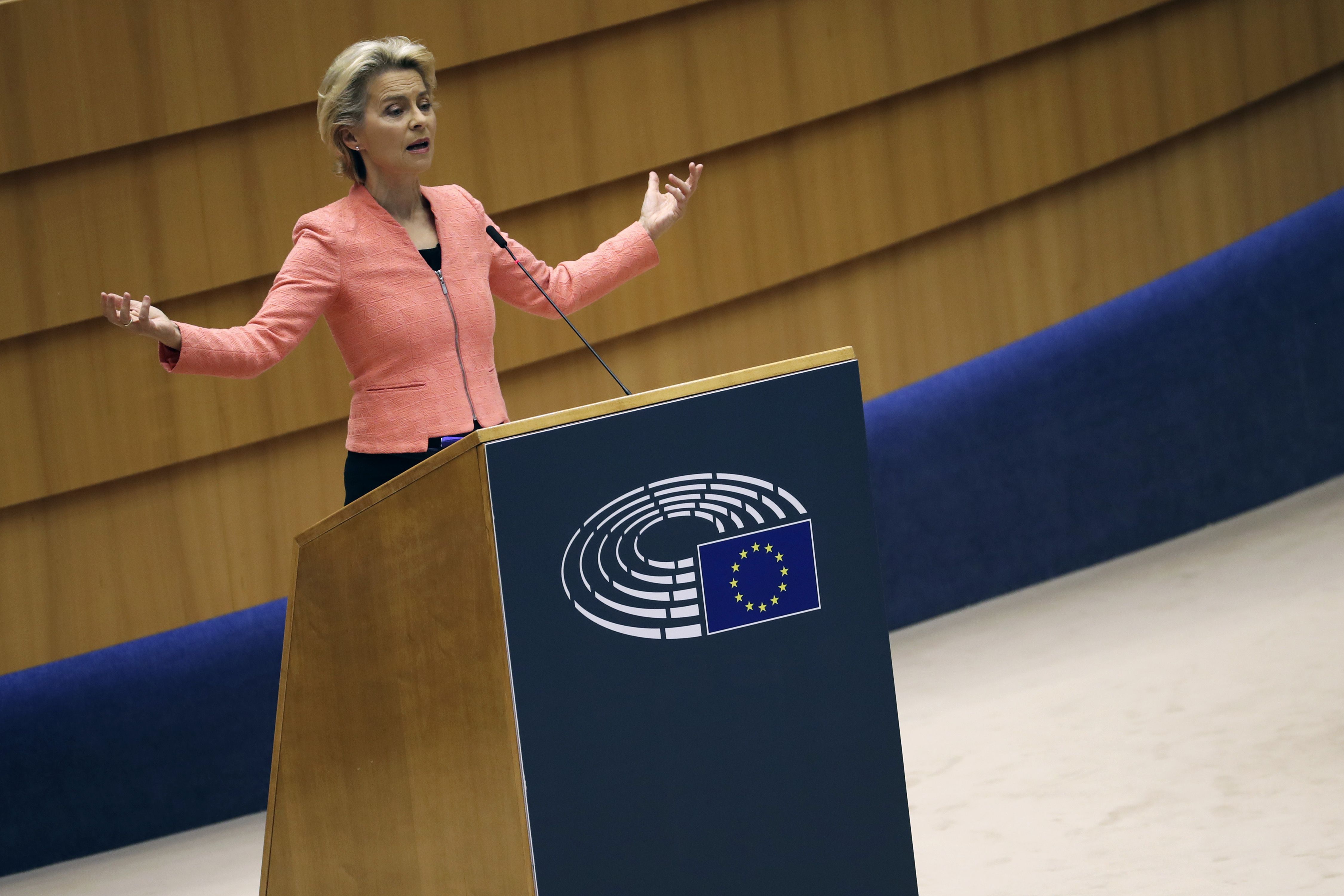 Insisting that chances for a future trade deal are slipping away by the day, von der Leyen told the European Union’s legislature that plans by British Prime Minister Boris Johnson to renege on parts of the withdrawal agreement signed by both of them dimmed those hopes even further.

What’s more, she insisted that Britain is throwing its good name to the wind by not respecting a deal it signed and approved last December.

“It cannot be unilaterally changed, disregarded or disciplined. This is a matter of law and trust and good faith,” she said in her State of the Union address.

She rubbed it in by quoting from a 1975 speech by British conservative icon Margaret Thatcher.

“Britain does not break treaties. It would be bad for Britain, bad for our relations with the rest of the world and bad for any future treaty on trade,” von der Leyen quoted from Thatcher.

Johnson has called his plan to unilaterally rewrite Britain’s divorce deal with the EU an insurance policy against the bloc’s unreasonable behaviour.

Johnson said a planned law designed to override portions of the Brexit withdrawal agreement he agreed to was needed because the EU might “go to extreme and unreasonable lengths” in its treatment of former member Britain.

Von der Leyen said, however, that the EU will always respect its signature — “We will never backtrack on that.”

Europe is heading back into lockdown, but when travel resumes, these are the 3 European airline stocks to own, Morgan Stanley says