Dwight Howard brings energy to the bench, while trying to grind out the bubble time 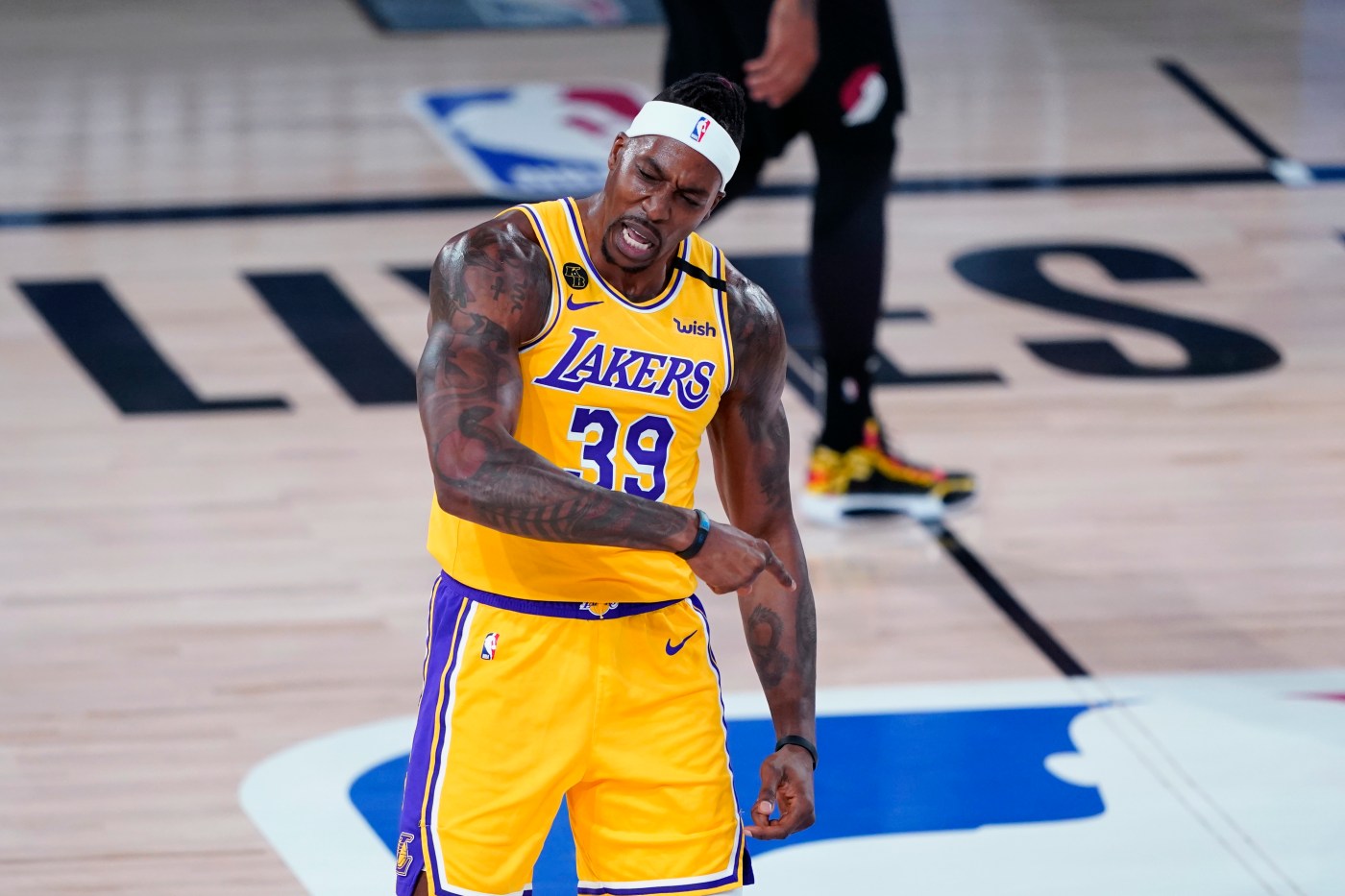 LAKE BUENA VISTA, Fla. >> On a recent evening as the clouds had lifted over the lake in the center of the Coronado Springs Resort, Dwight Howard went biking on an off-night. Behind him trailed his 6-year-old son, David, riding with the help of training wheels.

It was a temperate evening, and the water reflected a brilliant Florida sunset. But the scene belied the difficulty of Howard’s situation, partly because the father and son were riding in a loop.

While Howard has been an energetic presence on the Lakers bench in the last series while not playing much, in his first public comments in nearly two months on Wednesday, he revealed that he hasn’t been immune to a very common mental challenge of getting through the NBA bubble experience.

“There’s really nothing to do. If I can be honest with you,” he said. “There’s nowhere to go there’s no way to release anything, any feeling that you might have. It’s just like we’re stuck.”

Howard was the last Laker to commit to joining the team in the bubble. For much of the quarantine, he grappled with the death of David’s mother, Melissa Rios, and he wasn’t sure if he should commit to a three-month trip to the NBA bubble while he was in limbo. He also aired public concerns that the return to play would be a distraction from social issues that had gained mainstream attention since the killing of George Floyd in June.

When he did decide to come, it was with trepidation. He flew in separately from the rest of team from his home in Georgia. After early bumps where Howard broadcasted videos of himself on Instagram Live not wearing his mask around the Disney campus and discussed several conspiracy theories, he has largely declined media requests. His public comments on Wednesday were his first since July 18.

Early on, Howard was vocal about wanting justice for Breonna Taylor, who was killed in Louisville, Ky., during a police raid (the city of Louisville reached a $12 million settlement with her family this week). Howard was also a figure close to the Lakers’ involvement in the NBA’s stoppage of play last month after Milwaukee’s protest.

He declined to speak about either the bubble’s influence on social justice issues or the protest, citing the team’s need to focus on the upcoming Denver series. He tersely added at one point: “I’ll speak about some of the things at a later date.”

Howard has not played much in the playoffs, appearing in just seven of the 10 games so far while averaging 6.6 points and 5.7 rebounds. While he’s poised to see more time in the upcoming series against Denver, he acknowledged that it was frustrating to be both stuck in the bubble and not playing an on-court role: “Of course me and JaVale want to play,” he said.

But the 34-year-old also knows from experience that letting those feelings fester can be corrosive to a team with championship aspirations. Now that he’s in the conference finals for just the fourth …read more

Hotel lenders are racing to dump risky loans as the hospitality industry nears a breaking point, with defaults stacking up and high-profile properties starting to shutter

GoodRx’s co-CEOs Douglas Hirsch and Trevor Bezdek’s made just over $1.1 million each in 2019 total compensation. As the startup goes public, their stakes are worth $148.5 million each.

Anthony Scaramucci told us his contrarian views on the risks investors face after the elections regardless of who wins — and shared how his $7.5 billion SkyBridge Capital is navigating the market’s volatility

US BANKING TECH SPEND FORECAST: What’s driving IT spend growth in the US, how it will be impacted by COVID-19, and what the new normal could look like