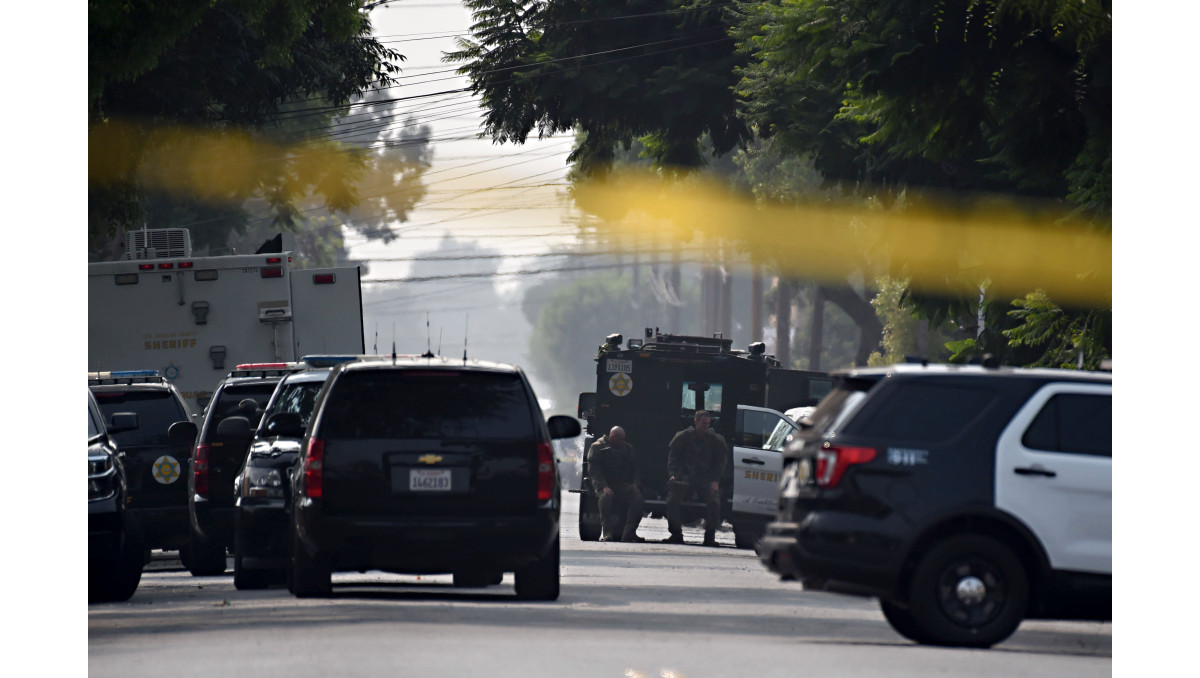 LYNWOOD — An allegedly armed carjacking suspect was arrested Tuesday night by a sheriff’s SWAT team and K-9 while trying to escape from an apartment in Lynwood, where he was holed up for more than nine hours.

Sheriff’s deputies were sent to the 3000 block of Carlin Avenue, near North Santa Fe Avenue, at about noon, according to Deputy Juanita Navarro-Suarez of the Los Angeles County Sheriff’s Department.

Deputies tried to stop the suspect near Alondra Boulevard and Bradfield Avenue, but the suspect fled and a pursuit began. The suspect, identified as Deonte Murray, 36, stopped the blue Toyota Solara on Carlin Avenue and ran into an apartment, Sgt. Bob Boese said at an evening news conference.

The department used a robot to pull the apartment’s screen door off, then a smaller robot and a drone entered the apartment to search for the suspect.

The immediate vicinity was evacuated, and the sheriff’s Special Enforcement Bureau “assumed command of the tactical response to bring about a peaceful resolution,” according to Navarro-Suarez.

Murray was taken into custody about 9:30 p.m. by SEB deputies, who used tear gas to flush the suspect out and a K-9 to capture him, Boese said. Video from the scene showed Murray trying to escape over a fence behind the apartment before being captured.

Reporters at the news conference questioned the department’s overwhelming use of personnel and equipment to arrest a carjacking suspect.

“At the time, because of the fact the suspect did use a high-powered rifle to commit this carjacking and the fact that (detectives) have been actively looking for the suspect (in the shooting of two deputies in Compton), in relation to everything that has been going on, there had been a heightened sense of awareness and it was unknown when they found this suspect if the suspect was still carrying that high-powered rifle,” Boese responded.

Sheriff Alex Villanueva told multiple media outlets Tuesday afternoon there was not a connection between the ambush and the carjacking suspect.

Evacuated residents on Carlin Avenue were allowed to return home about 10:15 p.m.

CHP officer shot at in Sylmar; no injuries reported and suspect arrested

Ex-controller from Glendale sent to prison for 87 months for embezzling $2.8 million from employer