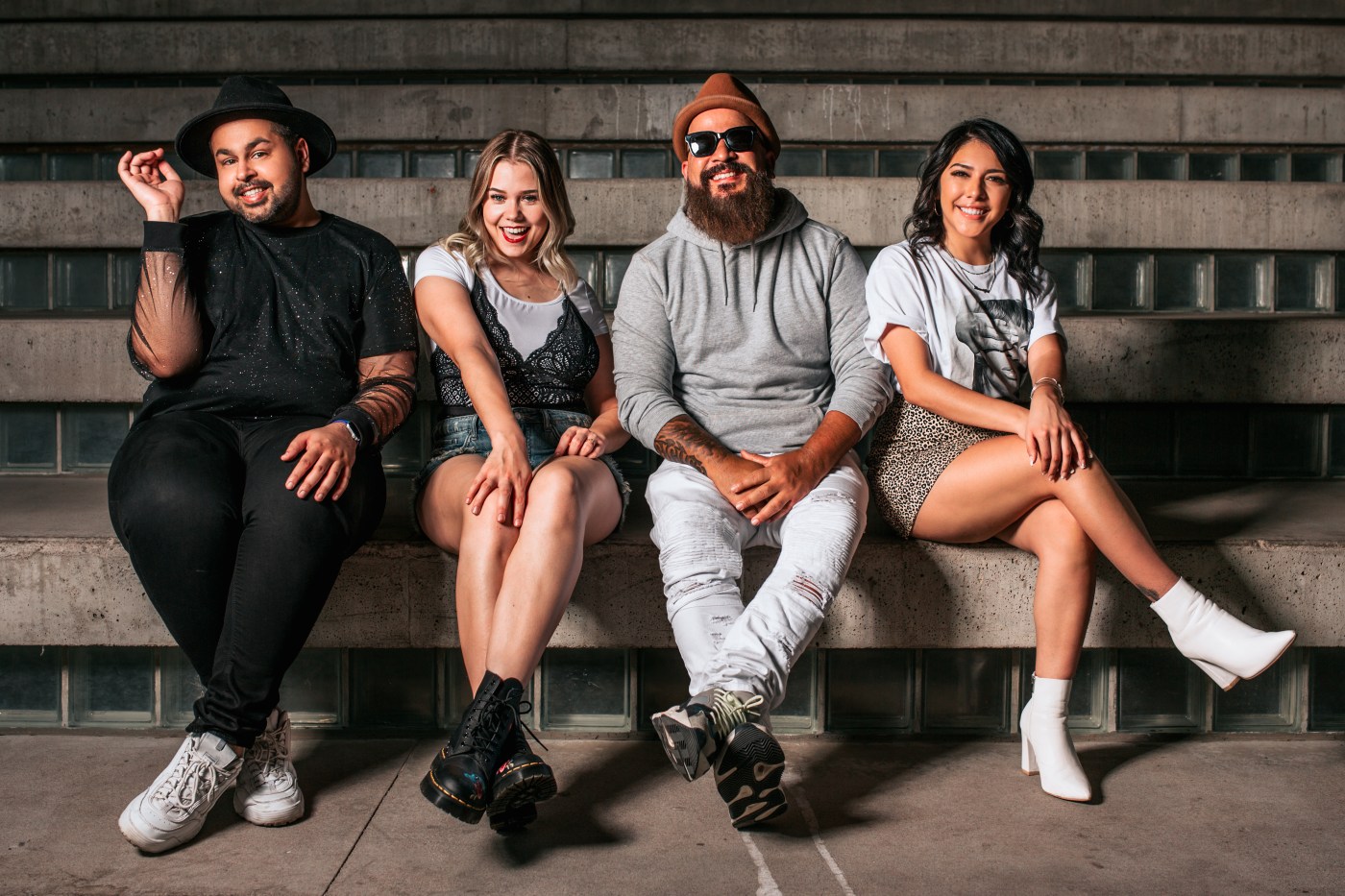 On Monday morning, Southern California’s Entercom-owned AMP 97.1 FM will welcome a brand-new morning show crew as it debuts the Los Angeles edition of “The Morning Mess.”

Hosted by on-air personalities Joey Boy, Aneesh Ratan, Jeana Shepard and Karla Hernandez, “The Morning Mess” will air weekdays from 5-10 a.m. Though the show is actually based at AMP’s sister station, Live 101.5 FM in Phoenix, Arizona, it will air in both markets and strive to offer Los Angeles- and Southern California-specific content for listeners here.

Host Joey Boy grew up locally in Highland Park and later lived in Burbank where his parents currently reside. He was a DJ on Power 106 in the mid-’90s and worked at stations that broadcast in Ventura and Riverside before getting hired at Live 101.5.

“My parents are so excited to hear their baby boy back in SoCal,” he said during a video chat ahead of the first show.

The morning show crew, who all participated in the video conversation, have a fun dynamic together. Joey said it’s because they’re all actually friends off-air; he said they manifested the arrival of “The Morning Mess” in Los Angeles when they all made a trip together to the area back in October.

“It was so meant to be,” he said. “We went to an AMP promotion event out there, and there was just such a vibe that fits our vibe, so we knew it would be a perfect fit. I took these guys to all of my favorite hamburger and sushi spots and we saw my dad’s salsa band play in Alhambra. The diversity of this show fits SoCal, so when we got the call I was like ‘Yes!’”

So how exactly will a morning radio show based in Phoenix be able to simultaneously speak to L.A. audiences? Michael Martin, senior vice president of programming and music initiatives at Entercom, jumped in the chat to better explain.

“What COVID has shown us all is that we can do our jobs from anywhere,” he said.

While there will be certain evergreen bits and topics that are more universal, he added, these will be two really different shows; the music programming will be curated differently as well.

“What’s popular in Los Angeles isn’t what’s popular in Phoenix,” he said. “So they’re working off of two separate music logs and that was key to the structure of this whole thing. Another thing COVID has forced us to do is utilize technology and push it to be able to have us do simultaneous content delivery for different places and target it so that when you listen to [‘The Morning Mess’] on AMP, you’ll be hearing about Southern California and not what’s happening in Phoenix.”