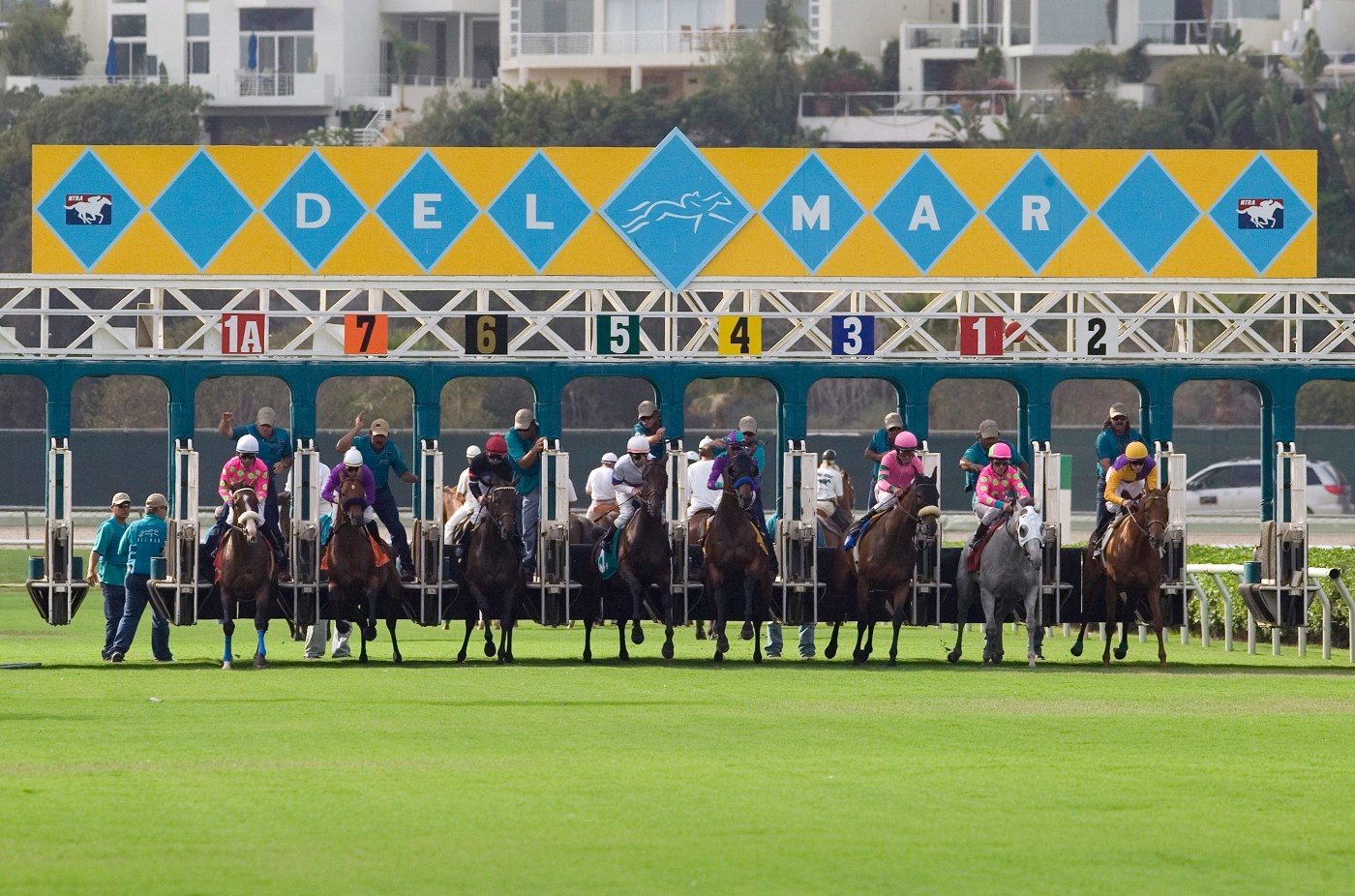 Back in March, before a disappointing fourth-place finish in the San Felipe Stakes at Santa Anita, it was tough to find any analyst who didn’t have Thousand Words rated highly in their Kentucky Derby rankings.

The Pioneerof the Nile colt was unbeaten in three starts and, though a bit of a grinder, looked every bit the part of a top Kentucky Derby contender. It didn’t hurt that he’s trained by Bob Baffert, who’s looking for his record-tying sixth Derby victory.

But Thousand Words lost a lot of support after coming up 11 1/4 lengths short of San Felipe winner Authentic, and when he stumbled at the start of his next start, the Oaklawn Stakes at Oaklawn Park on April 11 and finished 11th, beaten 29 3/4 lengths over a sloppy track, he dropped off virtually every Derby watcher’s list.Well, guess who’s back in the Derby picture?

Thousand Words, 9-1 in the short four-horse lineup, beat 1-5 favorite Honor A.P by three-quarters of a length in Saturday’s $100,000 Shared Belief Stakes at Del Mar, a race that was worth 50 Kentucky Derby qualifying points to the winner and served as the favorite’s final Derby prep.

Seeing as though Honor A.P. was ranked No. 2 in the latest National Thoroughbred Racing Association’s 3-year-old poll and Thousand Words was 18th, it was quite the upset, especially considering Honor A.P. had won the Santa Anita Derby on June 6 by 2 3/4 lengths in his most recent start.

Thousand Words, a strong second behind the promising Uncle Chuck in last month’s Los Alamitos Derby following his poor Oaklawn effort, figures to gain back some of the support he lost in the next NTRA rankings.

“He had soured out on me, but we got him going the right way,” Baffert said. “He’s been working really well here. He really likes this track. He got down here and I could tell the big difference since his Los Alamitos race. The real Thousand Words showed up today.”

Festival Pass: 40th anniversary of the Devo riot in Riverside

Honor A.P., with Mike Smith aboard, finished second, a half-length in front of 34-1 longshot Kiss Today Goodbye. Cezanne, the $3.65 million yearling purchase, challenged at the head of the stretch but eventually gave way late and finished last.

Although Thousand Words hasn’t shown a propensity for running on the lead, Baffert wasn’t surprised by Cedillo’s tactics.

“I told him, ‘Just jump him away from there. ‘I said, ‘You might get the lead,’” Baffert said. “I thought Cezanne (with Flavien Prat) and him would be like 1-2 (early). One would be on the lead, so I left it up to them.

“I was surprised that Cezanne flattened out at the head of the stretch. I was disappointed in Cezanne, but he came back and he was really tired. He was just really blowing.”Related Articles