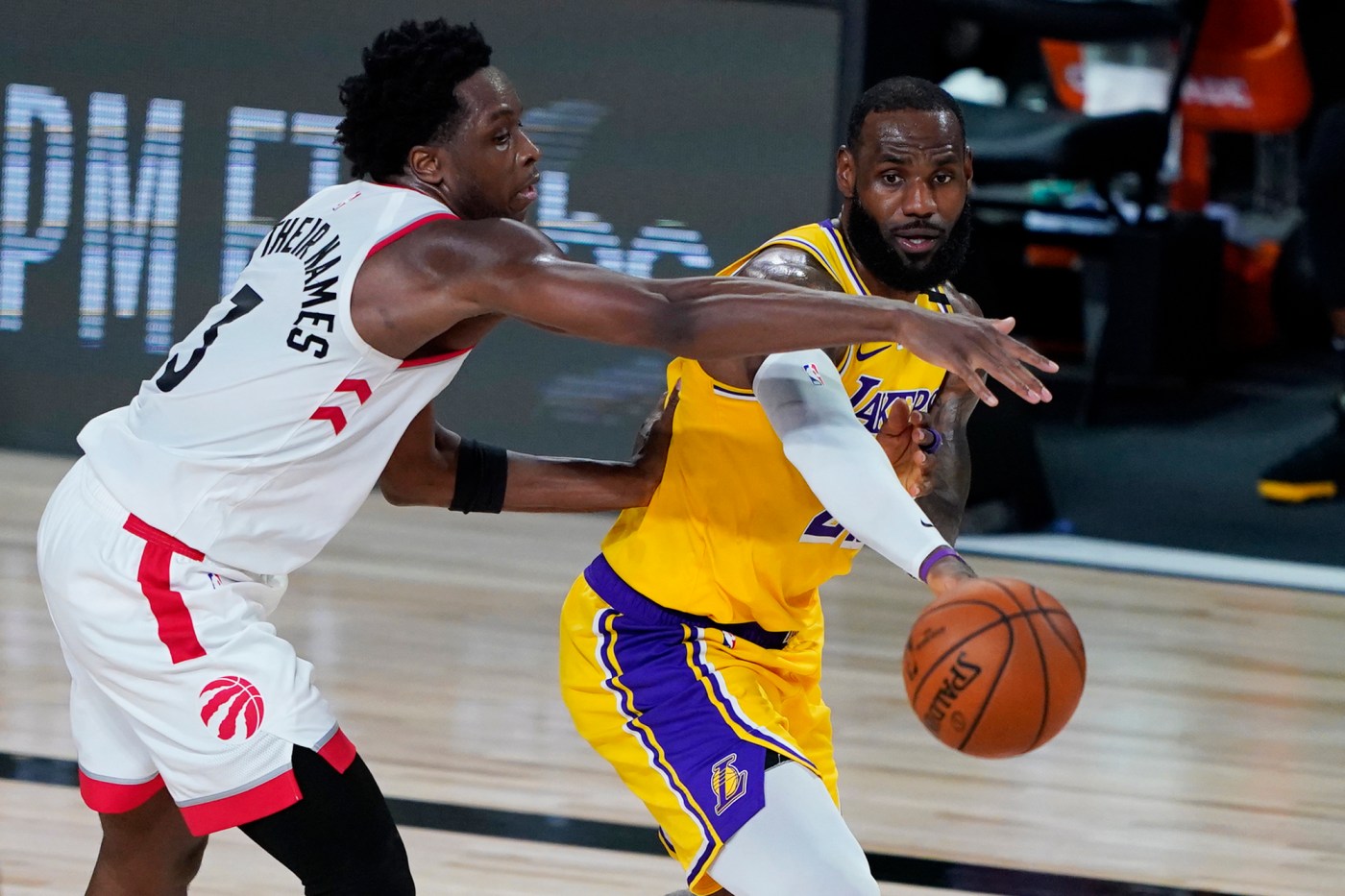 LAKE BUENA VISTA, Fla. — With a number one seed in their grasp, the Lakers got a chance to look ahead — but maybe not the one they wanted.

For two meetings now, the Toronto Raptors have flummoxed the West’s No. 1 team. On Saturday night, they swarmed LeBron James and Anthony Davis with length and hustle. They sprinted down court for key transition buckets. And when James mounted a rally and got them back to an 83-all tie in the fourth quarter, the Raptors quashed it with a decisive 21-5 run.

The 107-92 was the Lakers (50-15) first loss in the NBA bubble, a reminder of the rust they’re still shaking off. It was also the Raptors’ (47-18) bubble debut, and a reminder the defending champions are still serious about defending — and an unnerving preview into a possible Finals matchup should both teams advance that far.

“That’s a great team,” James said after, with terse respect. “No ifs, ands or buts. Exceptionally well coached and championship DNA, you can never take that away from a ballclub if you win a championship.”

It was the rare night where the Lakers were badly outscored with James (20 points, 10 rebounds, 5 assists) on the floor.

What was most frustrating to the Lakers was the feeling that they did a lot right. Davis and James met double-teams for much of the evening, hitting walls in the paint against the likes of OG Anunoby and Serge Ibaka.

They tried passing out of those double-teams, the textbook answer. But a combination of impressive sync from the opportunistic Raptors and frequent cold patches from shooters led to the clinching rally that was punctuated by an Anunoby fast break and slam.Related Articles

Clippers, Lakers join for moment of unity and protest during anthem

The starting lineup was chilly shooting the ball: Kentavious Caldwell-Pope was 2 for 7 with five points, and Danny Green didn’t hit any of his seven shot attempts at all. The bench picked up their slack with 50 points, led by 16 from Kyle Kuzma. But the Lakers were only 3 for 11 in the final six-and-a-half minutes of the game.

Six-foot Kyle Lowry was somehow all things to his team: drawing charges and fouls and while also finding the long-range touch (5 for 9 from three) that the Lakers lacked. His 33 points paced the offensive effort, …read more

Eviction ‘moratoriums’ can only go so far for renters amid pandemic

Coronavirus-triggered indoor ban angers Valley salons, but only a few are moving outside