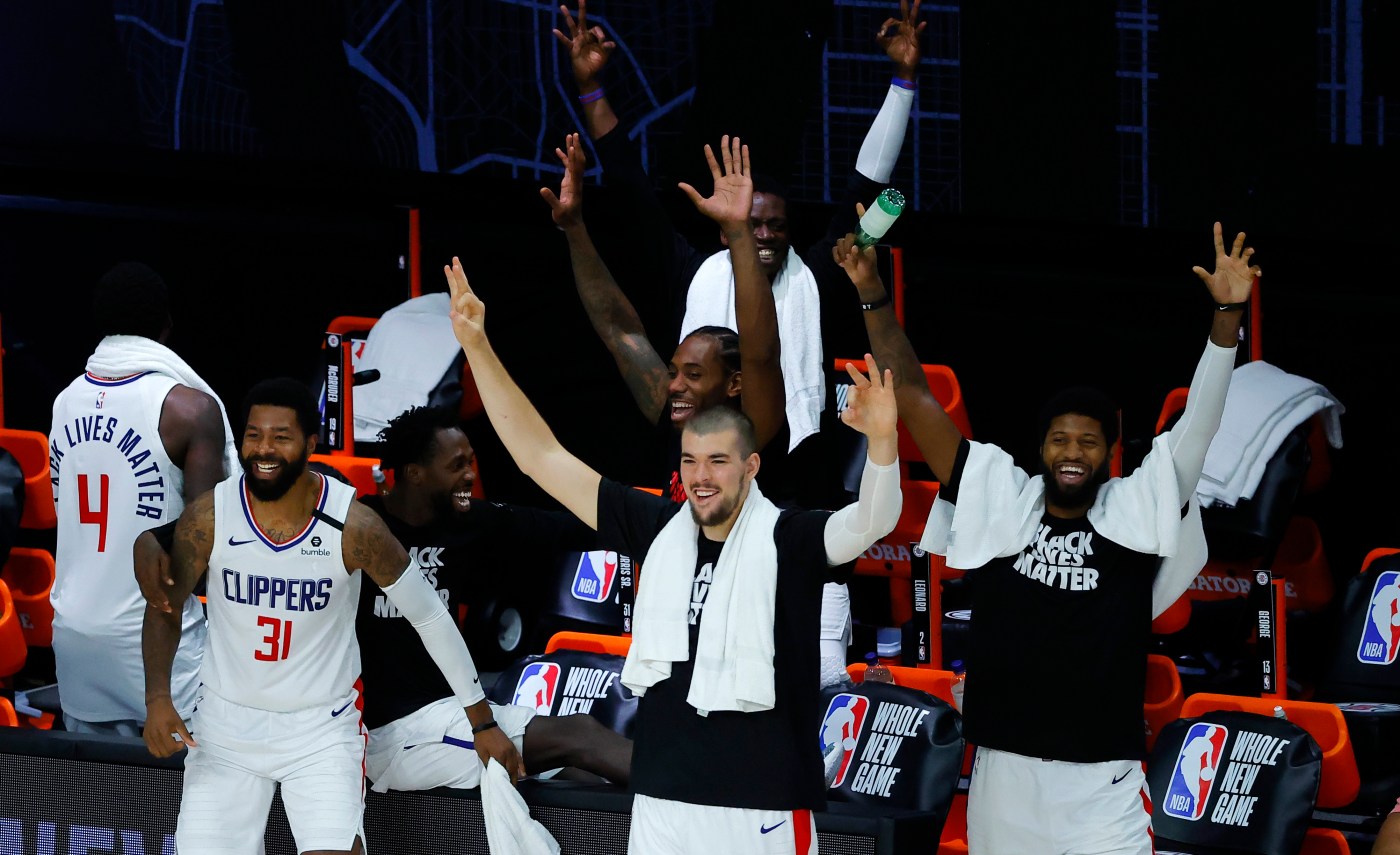 The Clippers showed off some ridiculous range and made some team history Saturday in a lopsided 126-103 victory over the New Orleans Pelicans in the bubble at Walt Disney World Resort.

Recovering from a choppy, sloppy reopening effort Thursday, the Clippers (45-21) righted themselves against an overmatched New Orleans team (28-38) that could do little to stop them – or the barrage of 25 3-pointers that eclipsed the franchise record of 24 set by the team earlier in a victory over Miami on Feb. 5 at Staples Center.

With tenor-setting guard Patrick Beverley back in the starting lineup, the Clippers bolted to a 37-25 first-quarter lead and never looked back. Their advantage ballooned to 77-45 at the half – the fifth-largest halftime lead in franchise history.

Coach Doc Rivers notched his 939th career win, which moved him past Red Auerbach for sole possession of 11th place on the NBA’s all-time wins list.

Even without Lou Williams and Montrezl Harrell to supplement the offense off the bench, the Clippers kept pouring it on generously.

In 26 minutes over three quarters of action, Paul George accounted for a team-high 28 points, 24 of them coming from behind the arc. He went 8 for 17 from the field – 8 for 11 from 3-point range.

The first-year Clipper became the sixth player in franchise history to make at least eight 3-pointers in a game, as he continued to exhibit the shooting prowess he’d shown Thursday, when he was was 6 for 11 in the 103-101 loss to the Lakers.

Kawhi Leonard scored 24 points, grabbed five rebounds and made some history of his own with his third assist of the game, eclipsing his single-season career-high for helpers at 261. He was up to 263 when he left the court having logged 27 minutes.

Ten Clippers made a 3-pointer Saturday, as they collectively shot 53.2% from the field, knocking down 25 of their 47 shots from long range.

The Clippers were feeling it from long range from the jump, shooting 4 for 12 from inside the arc in the first quarter, when they were 9 for 13 beyond it. At one point, L.A. had as many 3s as the Pelicans had baskets, going 13 for 20 from 3-point range while New Orleans was 13 for 31 overall. The Clippers’ 17 first-half 3-pointers was a franchise record and just one shy of the 2018 Warriors’ NBA record.

The 3-point shooting (16 for 36) had been one of the bright spots in the Clippers’ loss to the Lakers on Thursday, although that was dimmed by miscues in so many other areas. There’d been way too many defensive lapses for Doc Rivers’ liking, and too many fouls (33) and turnovers (20).

Clippers face a Pelicans team with plenty of motivation