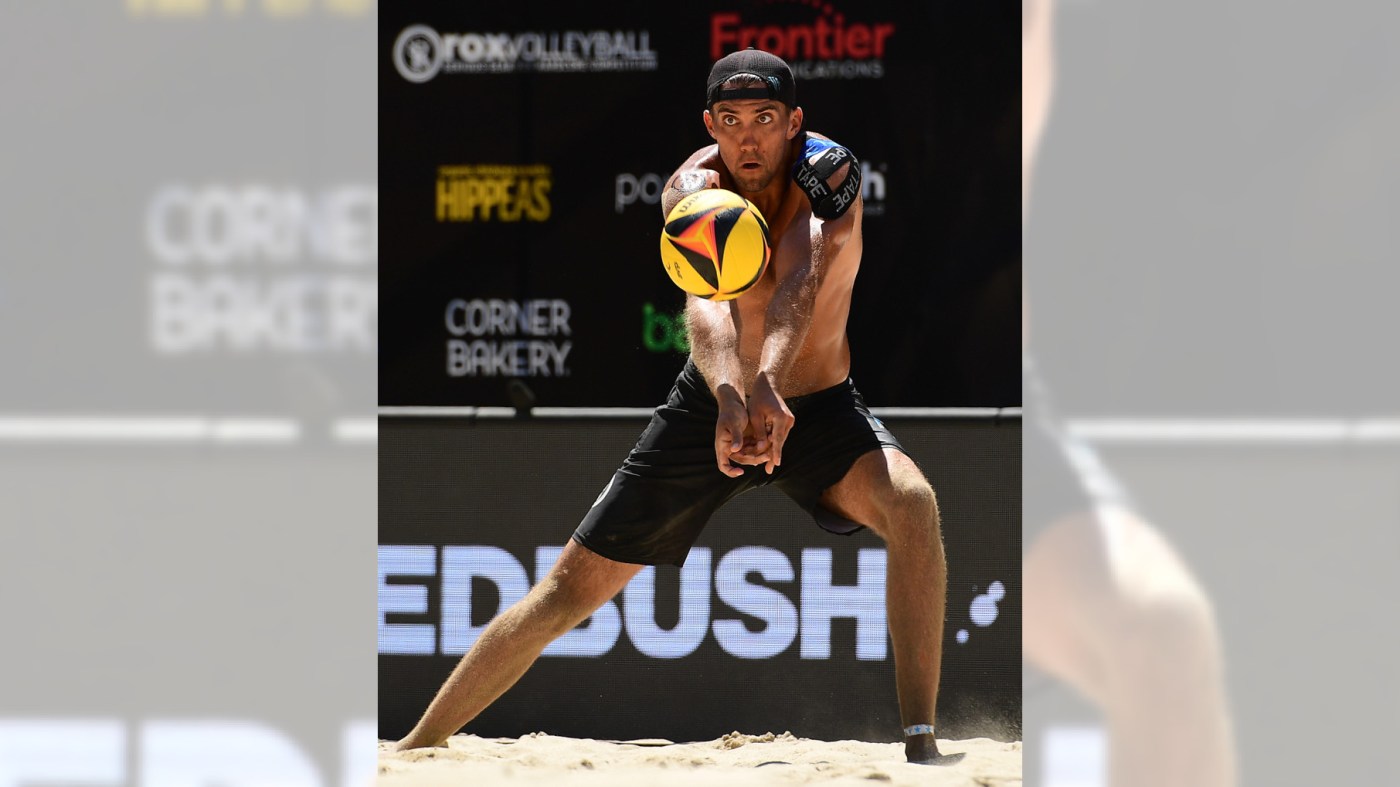 The Crabb brothers and their partners again squared off in a big match in the AVP Champions Cup.

But whereas Taylor Crabb and Jake Gibb defeated Trevor Crabb and Tri Bourne the past two weekends during the first two legs of the series, Trevor Crabb and Bourne on Saturday emerged with a 21-17, 21-18 quarterfinals victory in Long Beach.

Third-seeded Trevor Crabb and Bourne advanced to the semifinals of this final leg.

Also advancing to the semifinals were top-seeded Phil Dalhausser and Nick Lucena by virtue of their 21-18, 21-16 quarterfinals victory over No. 5-seeded Chaim Schalk and Chase Budinger.

Dalhausser and Lucena have won the first two legs of the series, both times defeating Taylor Crabb and Gibb in the championship match.

Second-seeded Taylor Crabb and Gibb entered the match with a 5-1 record against Trevor Crabb and Bourne, having won the past five meetings. But when Bourne (13 kills, 6 digs, 2 blocks) smashed home a kill on the first match point, that streak was stopped.

Trevor Crabb had 15 kills, six digs and three blocks. Afterward, he talked about the keys to victory.

“This was probably our best block and (defend) match that we’ve had all three weeks,” he said on Amazon Prime. “We were on Jake with those blocks and Tri was in good spots defensively as well, getting some good digs.

“Yeah, we just had a good game plan going into it and, yeah, got the win.”

The Crabb brothers had their telling moments against one another. At the outset, Trevor Crabb came through with a mean block of an attempted kill by Taylor Crabb. In the second set, Taylor Crabb bounced a vicious kill shot off the left biceps of Trevor Crabb.

Teladoc is acquiring Livongo in the biggest deal that digital health has ever seen. Here are the 3 key takeaways from Wall Street's top analysts, from shock at the price tag to optimism for healthcare's digital future.

Taylor Crabb had eight kills and eight digs and Gibb had 13 kills and four blocks, but seven hitting errors. They were sent to the contenders bracket and will play No. 4 Theo Brunner/Casey Patterson at 8:15 a.m. Sunday.

The Crabb brothers, out of Hawaii, played indoor volleyball at Long Beach State.

Dalhausser, at 6-foot-9 and known as “The Thin Beast,” had 16 kills, two blocks and three aces against Schalk and Budinger. Lucena came through with nine kills and 14 digs.

“They’re playing some of the best ball I’ve ever seen them play; I think everyone kind of knows that,” Schalk said. “The biggest difference is … Nick is passing the ball so well, so even when we’re putting decent pressure on, Phil’s just kind of taking over a little bit at the net offensively with his options.”

Top-seeded April Ross of Costa Mesa and Alix Klineman of Manhattan Beach have won the first two events of the series, and they advanced to the semifinals with a 21-17, 21-15 quarterfinals victory over No. 4 Sarah Sponcil and Kelly Claes.

Travel reservations have plummeted 91% and won’t be back until there’s a vaccine, says Booking Holdings CEO

Samsung’s Galaxy Note phones used to set the pace for the future of smartphones, but now they seem unoriginal