Apple fire in Riverside County at 15,000 acres, no containment 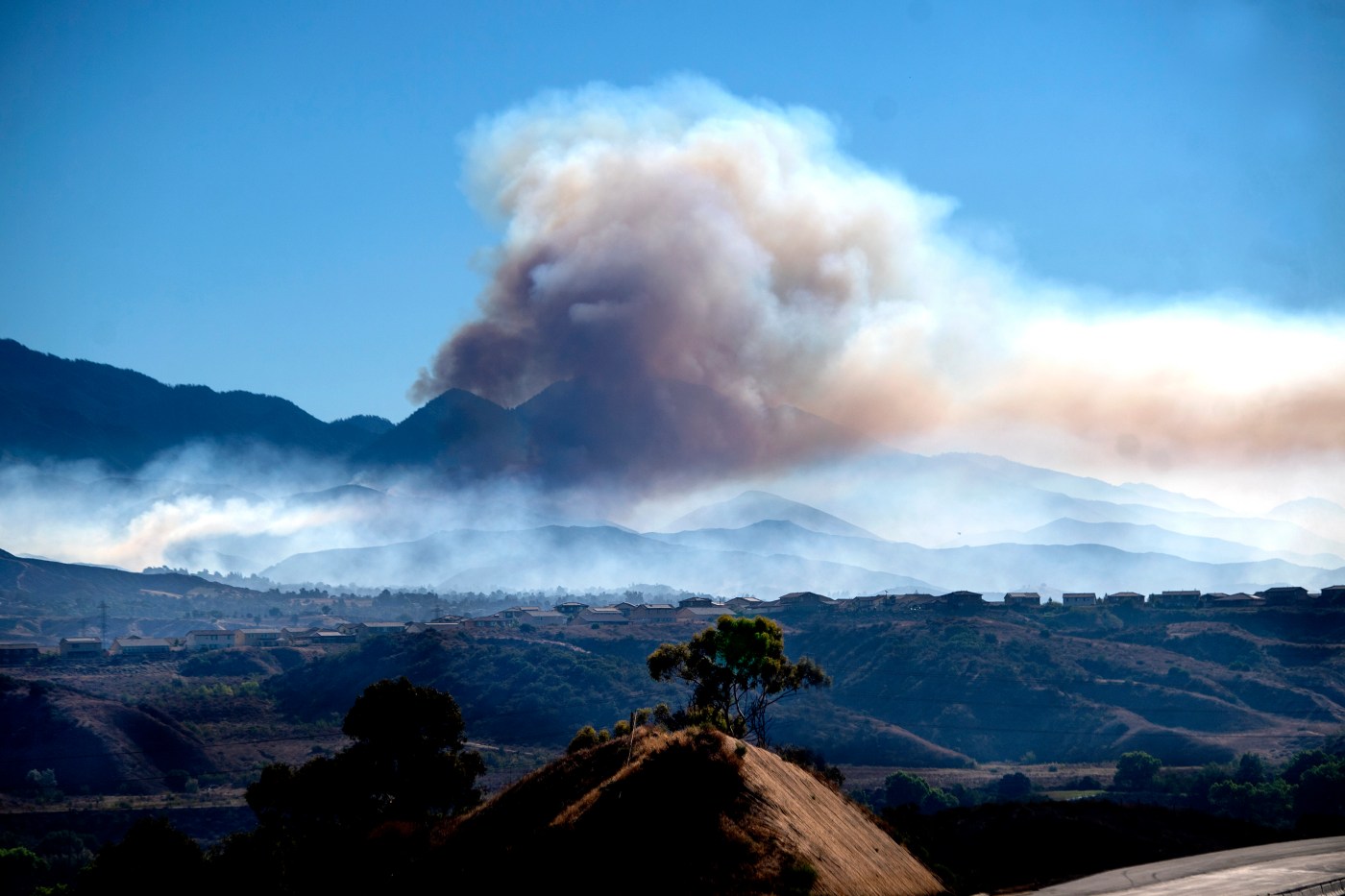 The Apple fire in Riverside County’s Cherry Valley grew to 15,000 acres overnight, spreading its charred footprint by more than 13,000 acres in less than 24 hours with its smoke plume spreading to Arizona. It remained at 0% containment Sunday morning, firefighters said.

Despite the fire’s furious spread, one home and two outbuildings remain the only recorded structure damage, Cal Fire/Riverside County said. No injuries have been reported.

The smoke plume from the #AppleFire (bright pink) extends all the way to the Arizona border! You can also see the fog (light blue-green) developing along the coast. pic.twitter.com/PUUHbn6NFP

Evacuation orders remained in effect for several areas, along with voluntary evacuation advisories. Unhealthful air quality was expected for parts of the San Gorgonio Pass, the Coachella Valley and eastern Riverside County due to smoke from fire, the South Coast Air Quality Management District said.

The cause of the fire remains under investigation.

Firefighters have battled the blaze, first reported at 4:55 p.m. Friday, in triple-digit heat. Temperatures in the area Sunday are expected to reach the mid-90s. Winds are expected to pick up in the late morning and early afternoon, reaching 16 mph around 3 p.m.

This is a developing story, please check back throughout the day for more details.