Rams add coronavirus to their history of coping with crises 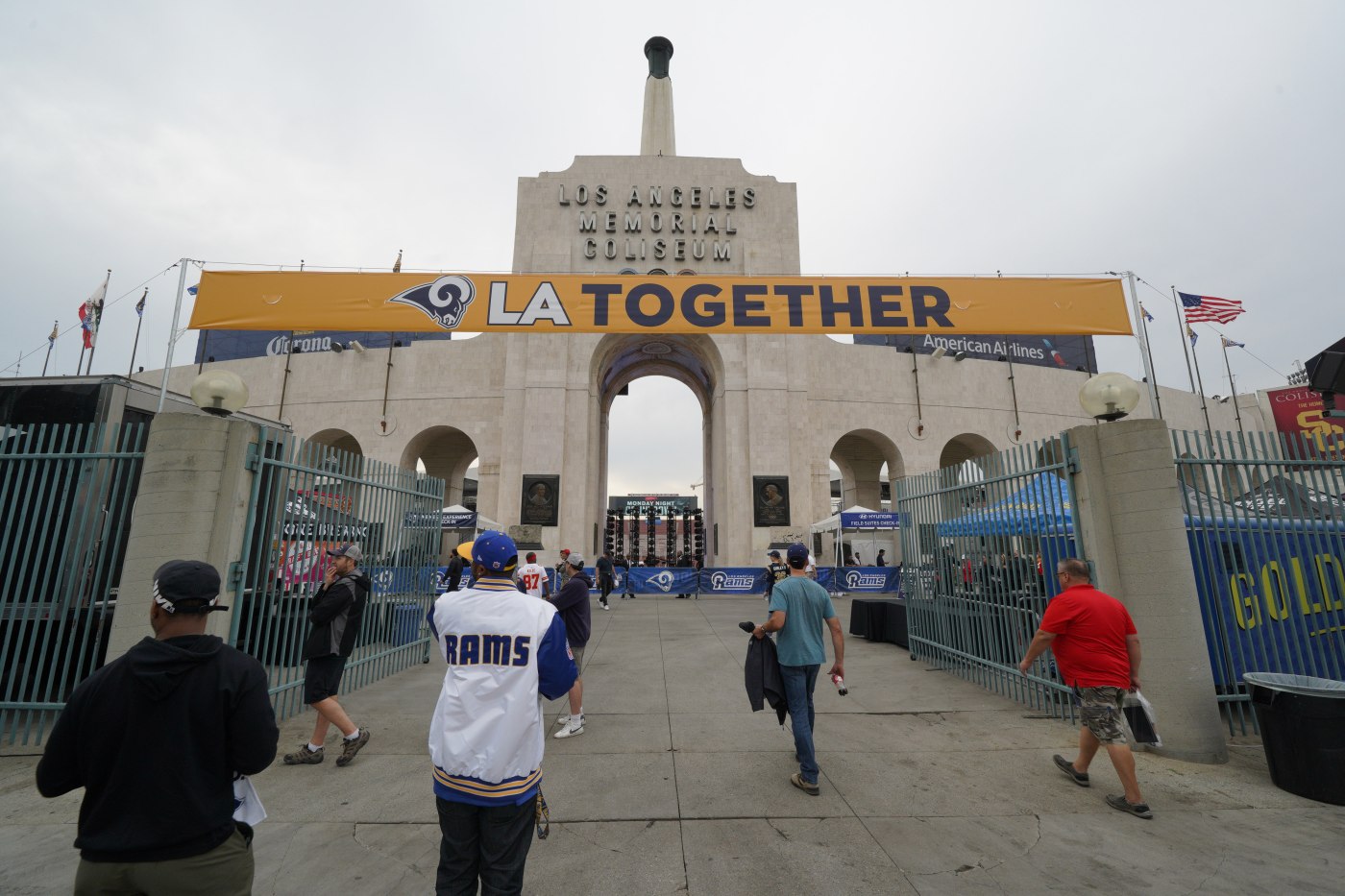 For an NFL franchise whose formative years came during World War II, it’s nothing new to have to adjust to real-world problems the way all of sports is having to do during the coronavirus pandemic.

The Rams, who will be going into their 10th decade in the league, have a history of coping as well as possible with events beyond their control.

Many pro football players were selected for the military, and when young Cleveland Rams owners Dan Reeves and Fred Levy Jr. were drafted into the Air Force, the team suspended operations for the 1943 season. It was feared the franchise – and even the league – might not survive. Pittsburgh and Philadelphia had to combine to form the “Steagles.”

But the Rams returned in 1944 and got off to a fast start under new coach Aldo “Buff” Donelli and new young players.

“The story of the creation of a power machine with a razzle-dazzle aerial attack out of a few holdovers from the 1942 Rams outfit, some semi-pro gridders and a number of medically discharged World War II vets read like a chapter out of Horatio Alger,” wrote United Press reporter Lee Linder.

A year later, in quarterback Bob Waterfield’s rookie season, the Rams recorded their first winning season and their first championship, before moving to Los Angeles.

Two days after President John F. Kennedy was killed, the NFL went ahead with games, a decision Commissioner Pete Rozelle came to regret. The Rams hosted the Colts at the Coliseum, where the band played “Taps” as well as the national anthem and police ringed the field to prevent demonstrations.

With TV and radio coverage canceled, a surprisingly large crowd of 48,555 watched the Rams win 17-16 on a big day for running back Dick Bass against Baltimore and rookie head coach Don Shula.

“I suppose you are happy with the showing of your team today,” a reporter said to Reeves, still the Rams’ owner.

“I am happy about nothing today,” Reeves said.

Midway through six days of violent unrest in Los Angeles after allegations of police misconduct toward a Black family following a traffic stop, the Rams’ exhibition opener against the Cowboys scheduled for Saturday night, Aug. 14, 1965, at the Coliseum, was postponed three days.

“Driving to the game, we saw tanks in the neighborhood and machine guns,” Cowboys executive Gil Brandt said years later.

The Rams won 9-0 as Bill Munson and Roman Gabriel drove them to three Bruce Gossett field goals. The crowd of 31,579 was the smallest in 20 years for a home game but bigger than expected under the circumstances.

In what was said to be a first, security people reported no trouble inside the Coliseum, not even a single case of public drunkenness.

Mourning and security concerns after the Sept. 11, 2001, attacks in New York and Washington by al-Qaeda terrorists prompted cancellations across the American sports world. The NFL moved Week 2 games to the end of the season.

The Rams, who had clinched the NFL West title (on …read more