LAFC still confident despite withering in MLS is Back Tournament ouster 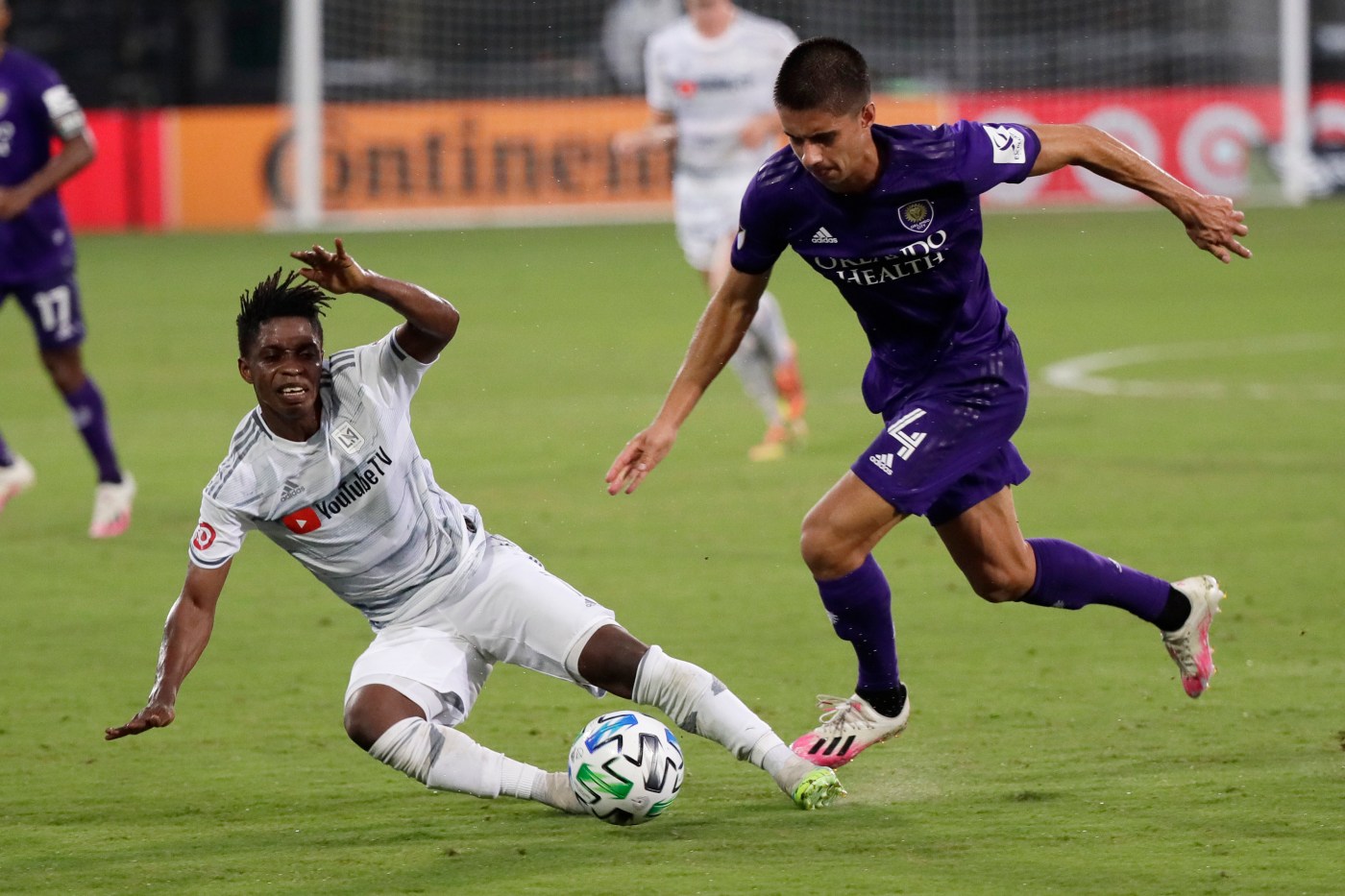 The Black and Gold’s run in the MLS is Back Tournament ended in a loss to Orlando City Soccer Club in the quarterfinal round. LAFC came within minutes of a 1-0 victory before a headed goal in the 90th minute by João Moutinho forced a penalty shootout won by Orlando City.

LAFC defender Jordan Harvey, who put the club’s second penalty attempt off the crossbar, was the only player on either team to miss. LAFC’s offense dominated most of the competition, but fell flat against the Lions as the team’s conditioning and the Floridian climate finally caught up to it.

“I believe our guys have handled this tournament well. We stepped on the field every game to try to take the initiative in the game and push things, and you could see that (Friday night), especially in the first half. It’s rare for us to have a half where we don’t even get a shot,” LAFC head coach Bob Bradley said. “On that end, it was hard and I thought we could still get through and have a little bit of time to recover for the next match, but unfortunately a late goal and then we lose in penalties.”

The tournament hosts earned their place in the semifinals with an extremely physical and well-executed performance. Orlando won the passing and possession battles and peppered LAFC’s defense with 17 shots – the most any team managed against it in the tournament.

Bradley called it rare, but in reality, Friday was the first time in franchise history LAFC was held without a shot through a half. LAFC didn’t manage to break through Orlando’s defense until Bradley Wright-Phillips scored on the club’s first attempt in the 60th minute.

Investment manager TIAA says 2021 layoffs won't be necessary because it's shrinking headcount through aggressive buyouts. Here's how many people are cashing out.

Before the match, Bradley acknowledged that LAFC’s three rest days were not ideal, but was confident in the club’s ability to overcome that challenge. In the end, LAFC was eliminated because it lacked the sharpness and energy it displayed in earlier matches against Orlando, as the club started poorly and failed to finish the match.

“It’s obviously something that maybe the games were building up. I’m not really too sure, but every player wasn’t as sharp as they can be, and it showed definitely in the first half,” Wright-Phillips said. “That’s the reason we didn’t get the result we want. I think if we’re sharp, we win that game.”

Like all clubs eliminated from the tournament, LAFC will depart the bubble at the ESPN Wide World of Sports Complex and return to Los Angeles, where it will await the league’s decision on whether the regular season will resume after the tournament’s conclusion. No information has been released about the remainder of the MLS 2020 season, so LAFC will need to be prepared to play when that decision comes.

“We’ve heard different possibilities, but we are not clear. [We will] go back [to Los Angeles] and I know that we have to have a testing program that continues. [We will] make sure that we …read more

‘Marvel’s Avengers’ is free to try on PlayStation 4 this weekend — here’s how to join the beta on PS4, Xbox, and PC