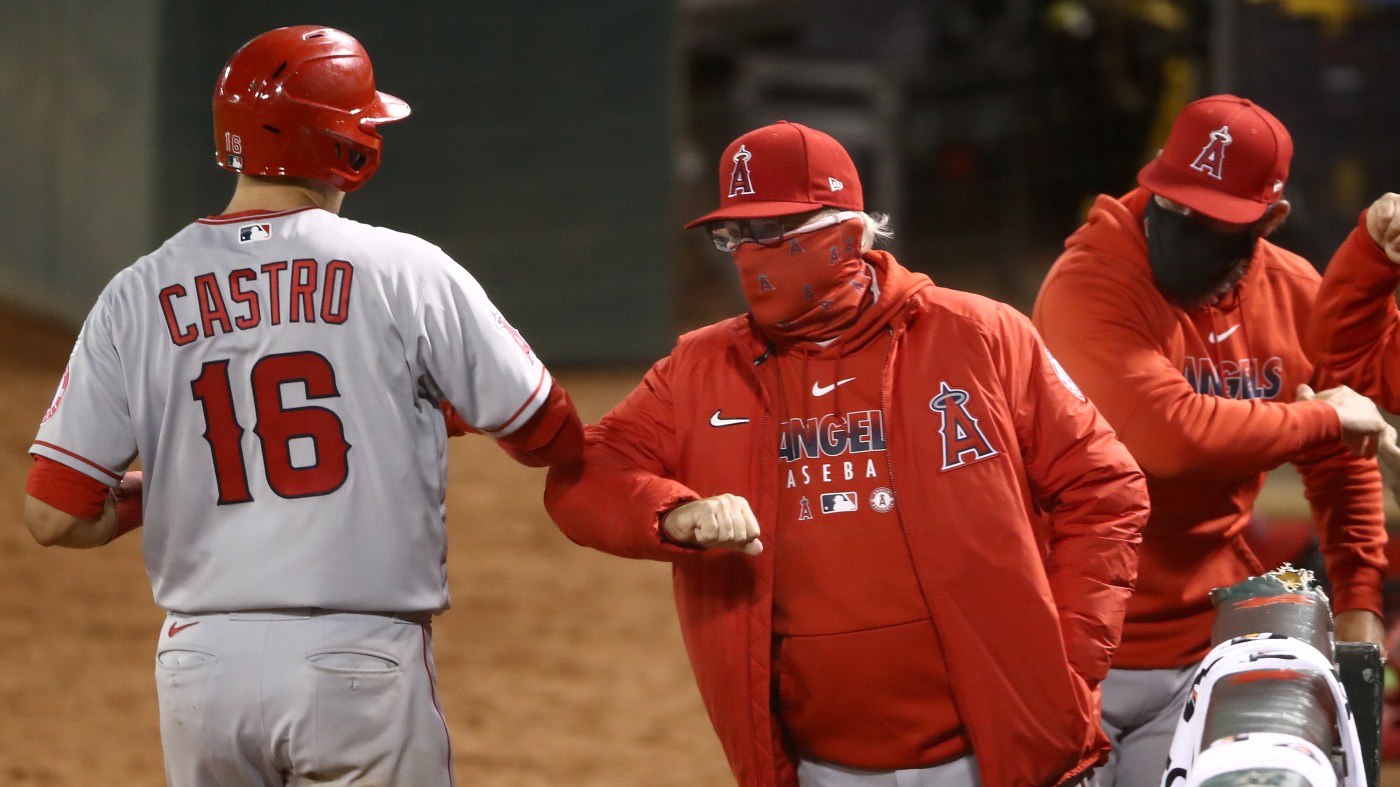 ANAHEIM – The Angels returned from their first road trip of the season on Tuesday and haven’t been forced to postpone a game since.

On a when day six teams – the Cardinals, Brewers, Marlins, Phillies, Blue Jays and Nationals – had baseball activities postponed because of COVID-19, the Angels began a three-game series Friday against the Houston Astros at Angel Stadium.

The Marlins have reportedly seen 18 of their 30 active players test positive since their last game Sunday in Philadelphia. The ripple effect forced four other teams to change their schedules and led to MLB curtailing doubleheaders from nine innings to seven.

Elsewhere in baseball, the picture is less bleak.

According to the most recent monitoring testing results announced by MLB and the MLB Players’ Association, only two active players and five staff members (other than the Marlins’ contingent) returned positive tests for the week of July 24-30. Reports out of St. Louis on Friday indicated the two players were employed by the Cardinals, who subsequently postponed their game against the Brewers.

“I think what we’re doing and how we’re doing it, we’re getting better with it all the time,” Maddon said. “We’re becoming more used to it every day and gosh, we’re going to probably wear masks for the next 15, 20 years. So I want to believe that if we could stay with what we’re supposed to do, that we can get through this as an industry.”

Pitcher Cam Bedrosian said that adapting to the protocols outlined in the 2020 Operations Manual has been the biggest adjustment he’s had to make in this, his seventh major league season.

“After we’ve done all those protocols, it’s just on to baseball from there.”

Baseball as usual in 2020 is quite a bit different for relief pitchers. With no fans in the stands, feeding off a crowd’s energy while jogging in from the bullpen is out of the question.

The Angels are, like every team, piping fake crowd noise in from the stadium PA speakers, but how different is it?

Through Thursday, Angels relievers had the third-highest earned-run average in the American League (5.34). But Maddon said the struggle for adrenaline isn’t unique to the bullpen. He compared the game atmosphere for all players to a minor league or instructional league game with no fans.

“You’ve got to …read more